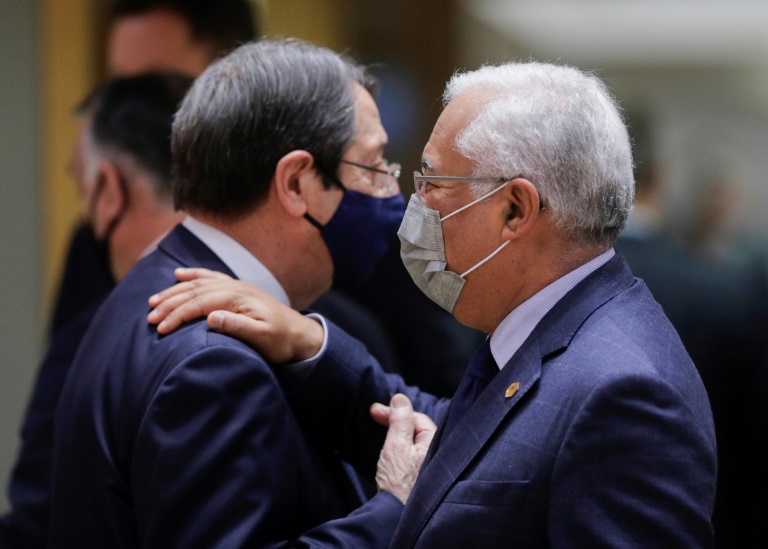 All participants, including presidents, had to show a negative PCR test

BRUSSELS - EU leaders said on Thursday that vaccinations and booster shots would be vital to counter the Omicron coronavirus variant as countries stepped up restrictions to slow its startling spread.

The EU summit they were participating in also emphasised the need for "coordinated efforts" based on science, amid go-it-alone measures applied notably by Italy.

The joint conclusion, swiftly adopted at the beginning of the one-day gathering, underlined the urgency Omicron has injected into European policy-making just three weeks after South African researchers detected the strain.

The rest of the summit was to focus on other issues also pressing hard on the European Union.

Chief among those was concern over a Russian military build-up on the border with Ukraine, which the US has warned appears to be preparations for a possible invasion.

An ongoing confrontation with Belarus over migration flows testing the EU's borders and spiking energy prices aggravating sky-high inflation rounded out the agenda.

It all made for a charged summit, the last before France takes over the rotating six-month EU presidency from Slovenia in the New Year.

Alarm over the Omicron variant galvanised the meeting in Brussels, to which all participants -- from presidents on down -- only had access if they could show a negative PCR test, regardless of their vaccination status.

"Rolling out vaccination to all and deploying booster doses are crucial and urgent," the leaders said in their joint conclusion.

But they also had a warning from the European Centre for Disease Prevention and Control ringing in their ears that Omicron's high infectivity -- doubling cases every two days -- meant it was too late to overcome the "vaccination gap" among EU countries.

Several countries, including Italy, Ireland, Portugal and Greece, have already announced they will impose pre-arrival Covid tests on all EU arrivals.

That undermined an EU Covid certificate that had previously exempted vaccinated travellers from such tests. The European Commission said that Italy had not given the requisite 48-hour notification before bringing in its added restriction.

Greek Prime Minister Kyriakos Mitsotakis said he foresee the additional testing obligation being only "for the Christmas period, in order for us to gain additional time to boost as many people as as possible". For Orthodox Christians in Greece, Christmas celebrations continue up to January 7.

Mitsotakis added: "It's a battle against time."

Irish premier Micheal Martin said the worry about Omicron was its capacity "to spread rapidly and create pressure on our societies and our health systems".

That goal of buying time prompted France on Thursday to announce a ban on tourist travel from Britain, and tighter testing requirements for French and EU citizens or those with compelling reasons, who are still allowed in.

Britain, a former EU member, is the epicentre of Omicron infections in Europe.

However the variant is also spreading fast in Norway and in the EU, notably in Denmark, France, Germany and Belgium.

European Commission chief Ursula von der Leyen, also taking part in the summit, on Wednesday said projections suggested the mutated Covid strain could be dominant in the EU as early as next month.

The timing is perilous, promising a tough winter in Omicron's shadow at a time Europeans usually get together with family, workmates and friends to celebrate Christmas and the New Year. For most, those festivities were absent or minimised last year because of Covid restrictions.

Although many EU countries are in the global vanguard in terms of vaccination rates, the rollout is patchy across the 27-nation bloc. 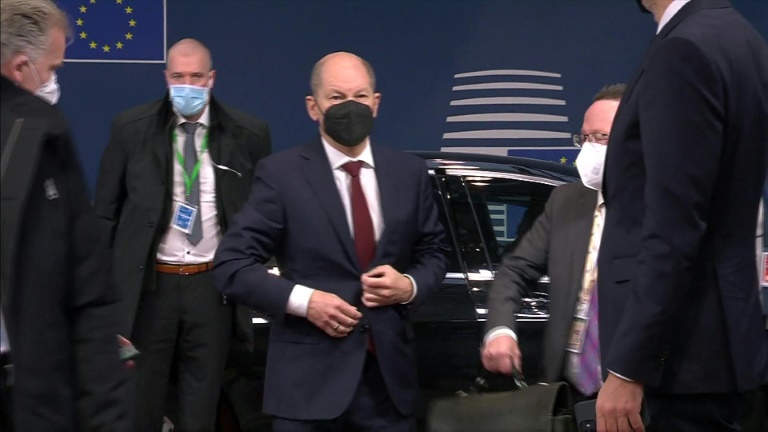 The EU leaders said they wanted to ensure that "any restrictions are based on objective criteria and do not undermine the functioning of the Single Market or disproportionately hamper free movement between Member States or travel into the EU".