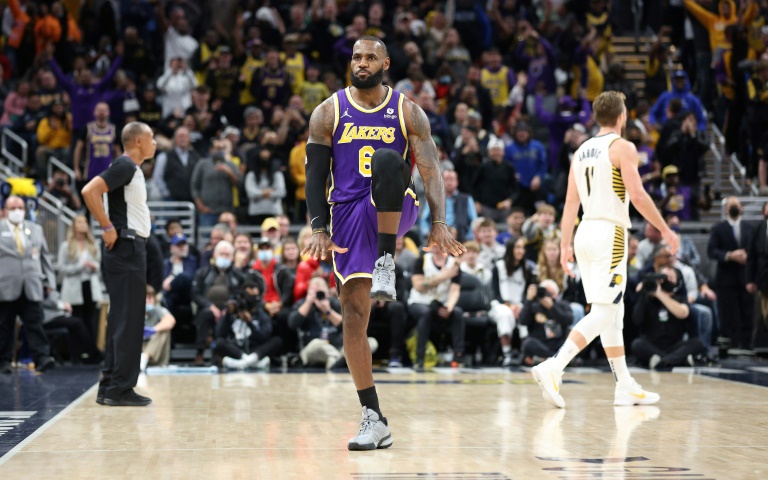 INDIANA - Los Angeles superstar LeBron James returned from the first suspension of his NBA career to score 39 points Wednesday and lead the Lakers to a 124-116 overtime victory over the Indiana Pacers.

Russell Westbrook added 20 points for the Lakers, who trailed by 12 in the third quarter but rallied despite the absence of ailing star Anthony Davis, who missed the game with flu-like symptoms.

Indiana, led by Malcolm Brogdon's 28 points, were in control for most of the night, with the Lakers taking their first lead of the game at 101-100 on Malik Monk's three-pointer with 4:30 left to play.

James then dug in, delivering a pair of free throws, a driving finger-roll layup and a pull-up three-pointer as the Lakers pushed the lead to 110-104 with 1:17 left in regulation.

But the Pacers weren't finished and Dominican Chris Duarte drained an unlikely, off-balance three-pointer at the buzzer to force overtime.

A fired-up James scored eight of the Lakers' 12 points in the extra session, draining a pair of three-pointers for the win in his return from a one-game ban as his team fell to the Knicks on Tuesday.

"Just taking what the defense gave me, just trying to get into a rhythm," James said of his late shooting. "I understand that it's closing time, it's winning time, especially in the fourth quarter and overtime.

"Chris Duarte made an unbelievable shot to send it to overtime, so (I was) just trying to do my part and had a couple go."

The victory saw the Lakers finish their five-game road trip 2-3. 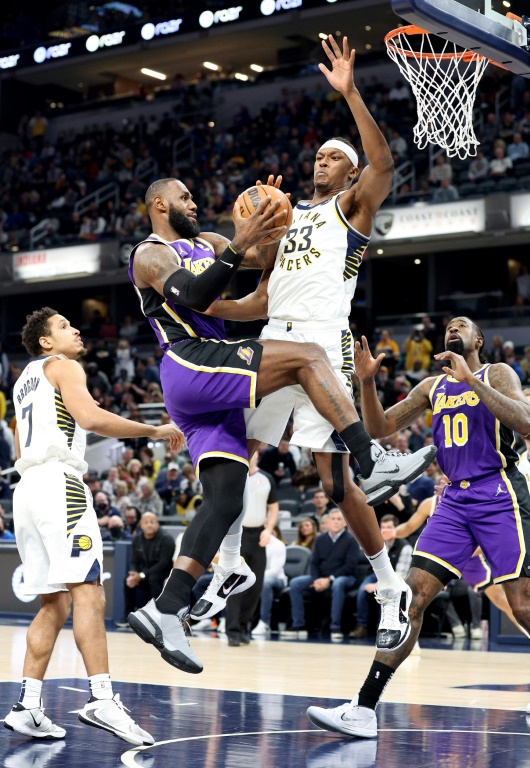 They won in Detroit on Sunday when James was ejected after a bloody scuffle with Pistons center Isaiah Stewart.

Although the results have been spotty, James said the Lakers "have been playing better of late."

Meanwhile, it was tight in Cleveland, where the Phoenix Suns held off the determined Cavaliers 120-115 to push their winning streak to 14 games.

Paul made four free throws in the final 8.8 seconds to ensure the Suns kept alive a winning streak that started with a victory over the Cavs on October 30.

It was a close-run thing, however, with Cleveland's Ricky Rubio missing three free throws in the waning seconds that could have turned things the other way.

The Suns remained a game behind the Western Conference-leading Golden State Warriors, who turned it up in the second half to beat the Philadelphia 76ers 116-96.

The Warriors shook off a slow start that saw them trail by 19 in the second quarter, chipping away at the lead that Jordan Poole cut to nine points with a spectacular buzzer-beater from beyond the halfcourt logo.

Golden State then out-scored the Sixers 34-23 in the third quarter and 30-12 in the fourth to cruise to victory.

Stephen Curry led the Warriors with 25 points -- and won the battle of the Curry brothers with one more point than 76ers guard Seth Curry.

There were comfortable wins for the Brooklyn Nets and reigning champion Milwaukee Bucks. 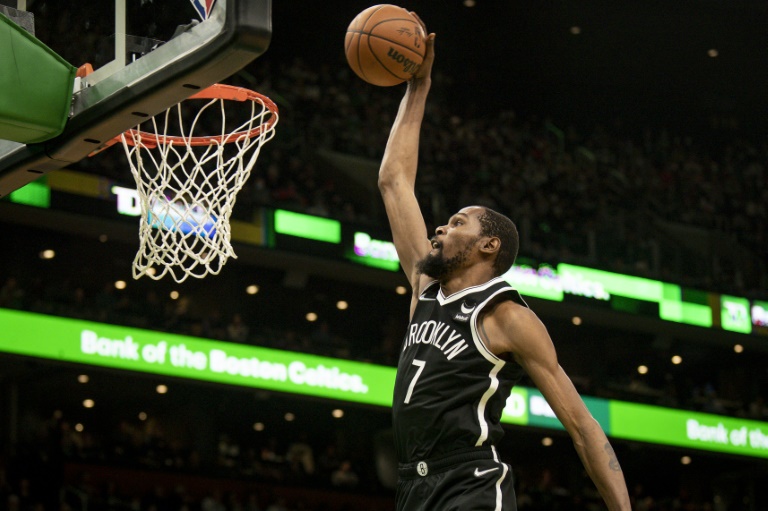 Australian veteran Patty Mills led the Nets with 23 points, including seven three-pointers, in a 123-104 wire-to-wire victory over the Celtics in Boston.

Kevin Durant scored 21 points and passed Allen Iverson to move into the top 25 on the NBA's all-time scoring list.

Durant entered the contest with 24,367 points, one behind Iverson, passing him when he drained a jump shot in the opening minutes.

"It's an amazing accomplishment," Durant said. "Allen Iverson is someone I looked up to, emulated my whole life."

In Milwaukee, the Bucks roared to a 14-0 lead against the sluggish Pistons and eased home in a 114-93 victory.

In Houston, the Rockets ended a 15-game losing streak, shocking the Chicago Bulls 118-113.