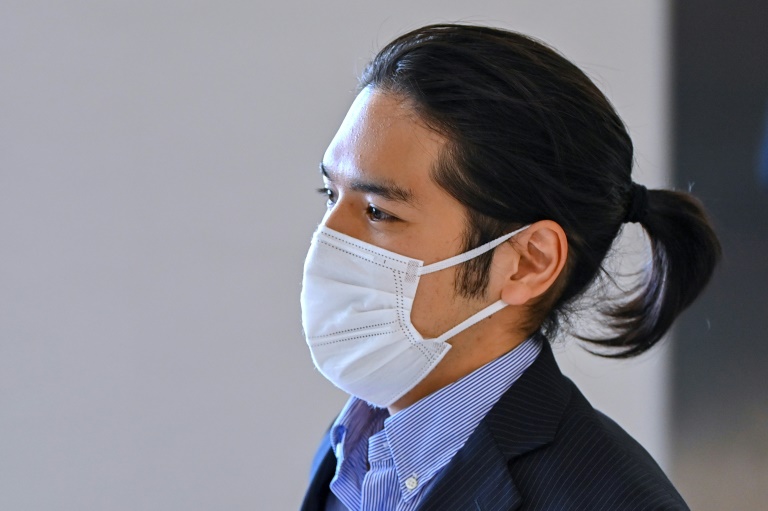 TOKYO - Japanese romantics and royal-watchers held their breath for a wedding announcement as Princess Mako's boyfriend returned to Tokyo on Monday, following years of public controversy over their marriage.

The lovebirds' reunion has sparked a media frenzy, with reporters chasing 29-year-old Kei Komuro in recent days through the streets of New York, where he moved for law school.

Major TV networks carried live footage of his plane landing, with reports saying the long-delayed wedding could go ahead as soon as next month -- more than three years after it was dramatically postponed.

Mako, also 29, is the eldest granddaughter of Emperor Akihito, although Japan's imperial succession rules mean she will lose her title after marriage to a commoner.

The pair's union was delayed after a scandal erupted around reports that Komuro's family had run into financial difficulties, with his mother failing to repay a four-million-yen ($36,000) loan from a former fiance. 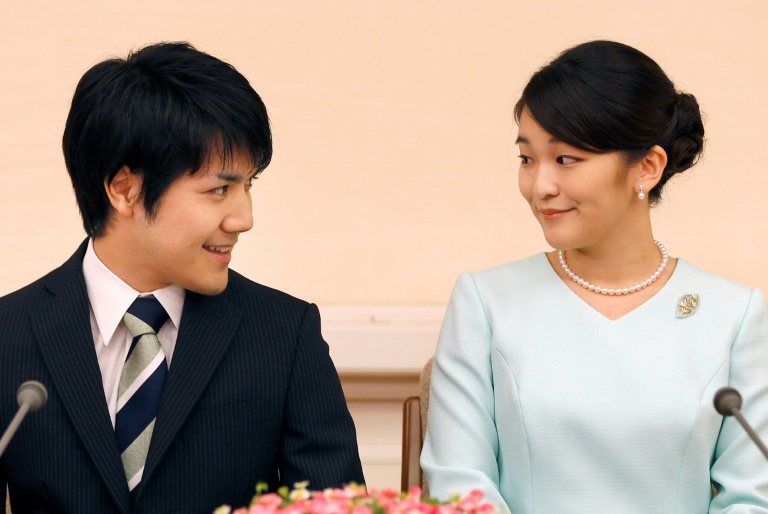 The pair first announced their planned engagement in September 2017

Local media said it was his first return to Japan since he left for America in 2018 in a move seen as a bid to defuse negative attention following the tabloid reports.

As he stepped off the plane at an airport near Tokyo on Monday, Komuro was met by camera flashes, video crews and a gaggle of eager reporters.

Dressed in a dark suit with his long hair tied back, he bowed deeply to the journalists and did not speak. He will quarantine for two weeks, as required by Japan's border restrictions.

Public broadcaster NHK said the Imperial Household Agency was planning a wedding next month and would announce it soon.

Mako is also said to be planning to move to the United States after her wedding, drawing inevitable comparisons with another controversial royal couple: Britain's Prince Harry and Meghan Markle. 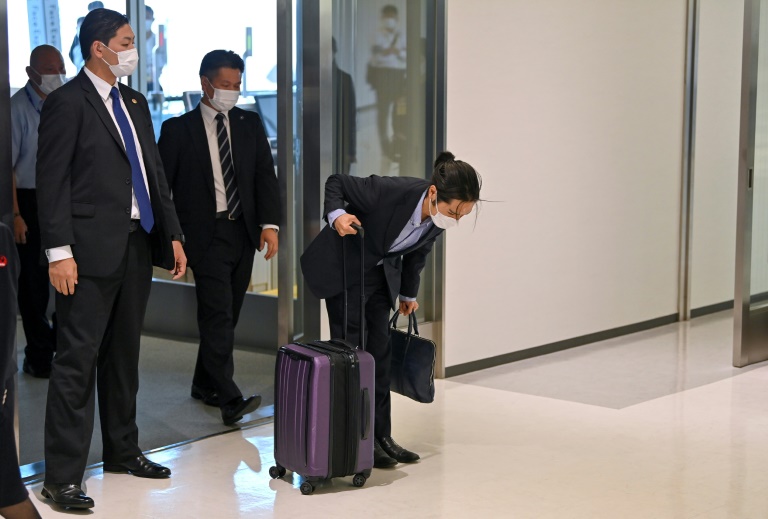 Kei Komuro bowed deeply at the airport and did not speak

Earlier this month, Japanese media said the pair had decided to wed without some traditional ceremonies, rejecting a payout that usually goes to female royals marrying out of the family.

The size of the payment is unknown, though reports put it at 137 million yen or more.

Mako is sister to Prince Hisahito, 15, currently the only eligible male heir to the Chrysanthemum Throne other than his father.

The throne can pass only to male members of the family, and the children of female royals who marry commoners are not included.