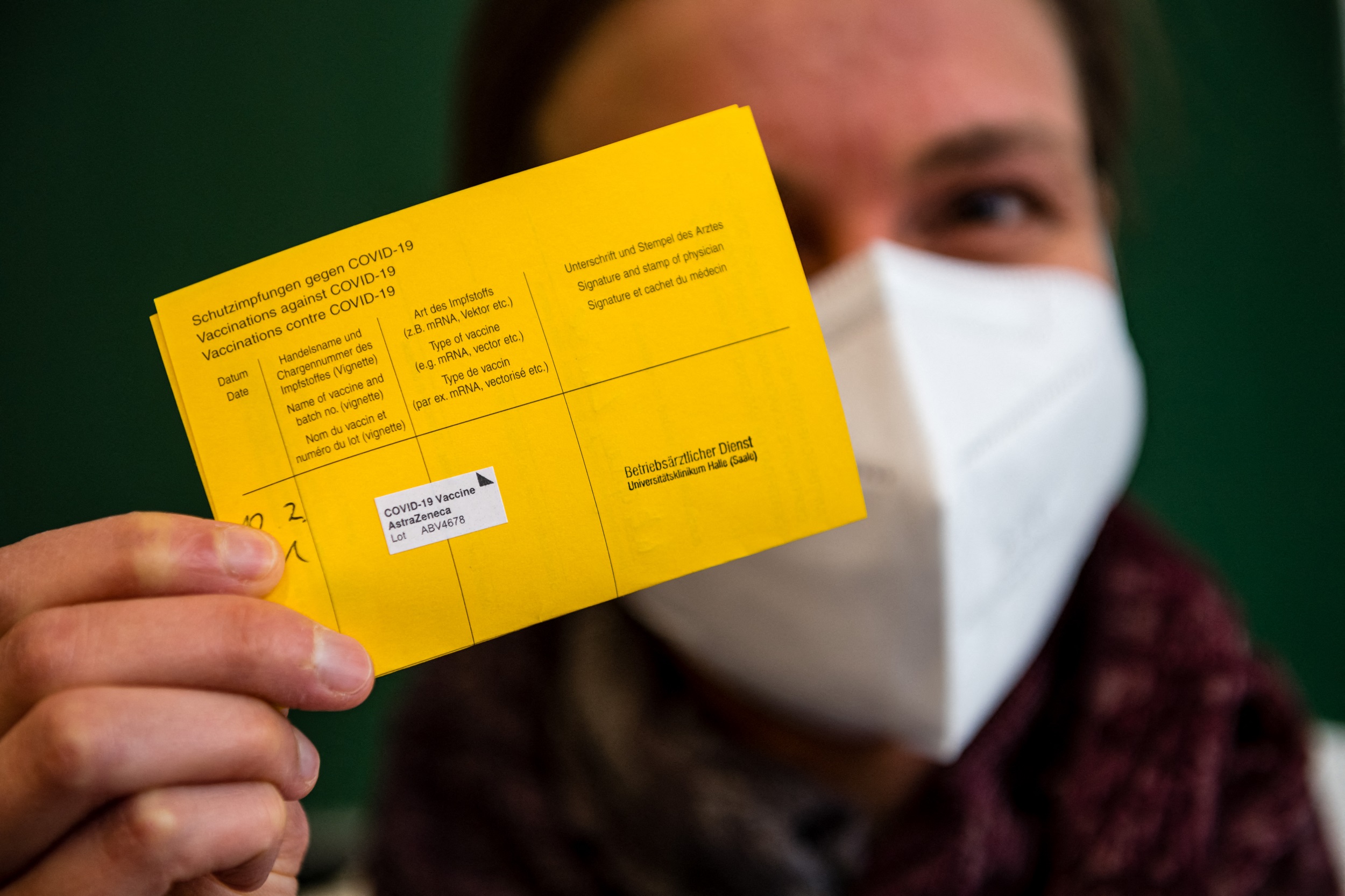 TOKYO - Japan said it will make a vaccine passport available from next month for Japanese travellers, as governments around the world experiment with ways to relaunch tourism and business trips.

"We are preparing to issue a certificate of vaccination for those who need one... when they visit foreign countries," top government spokesman Katsunobu Kato told reporters.

The certificate will be paper-based rather than digital and will be issued by local governments from sometime next month, he said.

The European Union is working on a digital vaccine passport for this summer so it can welcome back badly needed tourists, and some EU countries plan to introduce certificates at the national level.

The EU version will feature information on whether a person has been vaccinated, or had the virus, tested negative, and recovered.

But the idea is controversial in some places, with conservative US states like Florida and Texas rejecting the idea of vaccine travel documents as a violation of peoples' basic rights.

In Japan, company officials have been keen for a vaccine document that would help reestablish business travel.

Japan's vaccine rollout started comparatively slowly, but has picked up pace in recent weeks. Just over six percent of the population is currently fully vaccinated.

The country's borders are closed to almost all foreign arrivals, though the rules will be relaxed for the Olympic Games, which open in Tokyo on July 23.