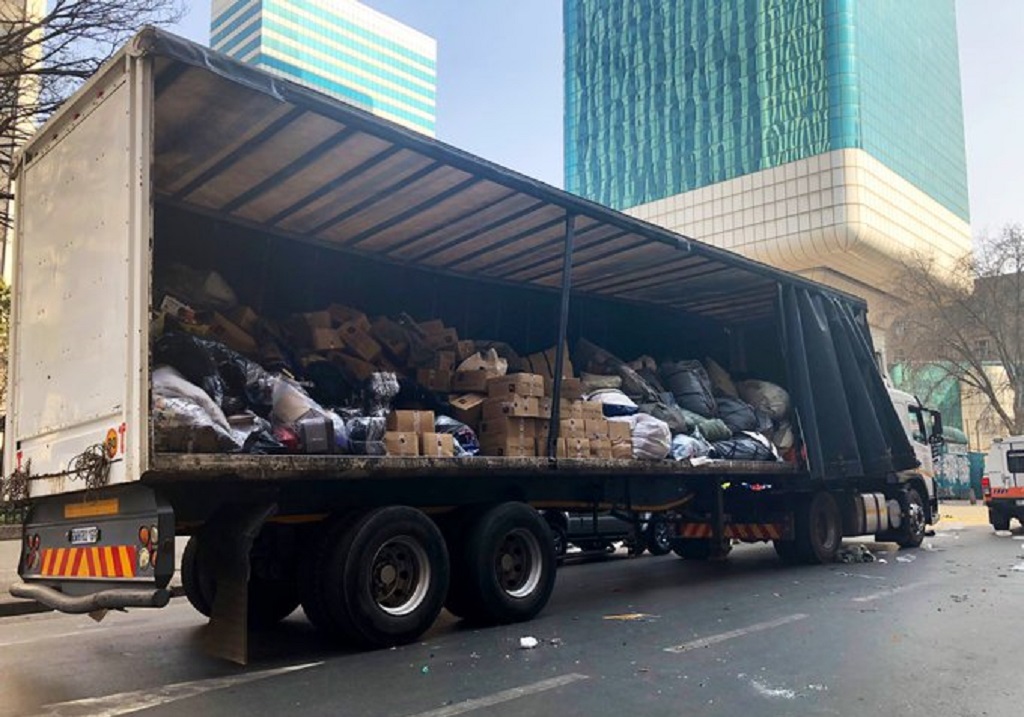 JOHANNESBURG - Seven police officers were arrested on Wednesday after a raid on illegal traders and counterfeit goods in central Johannesburg.

In the first incident, five officers were apprehended by their colleagues for allegedly trying to sell seized goods back to illegal traders.

They face charges of corruption and defeating the ends of justice.

In a second incident, two members of the Tactical Response Team were arrested for allegedly leaking information about the planned operation.

"Police believe the loot found in the 46 vehicles in the basement parking at Lister Building, could be the cargo that was removed the night before after the illegal traders had received a tip-off," police said in a statement.

"We certainly hope that the arrest of seven of our own will prove to the people of Gauteng that we are serious about eradicating crime, even if it means arresting our own. No one is above the law."