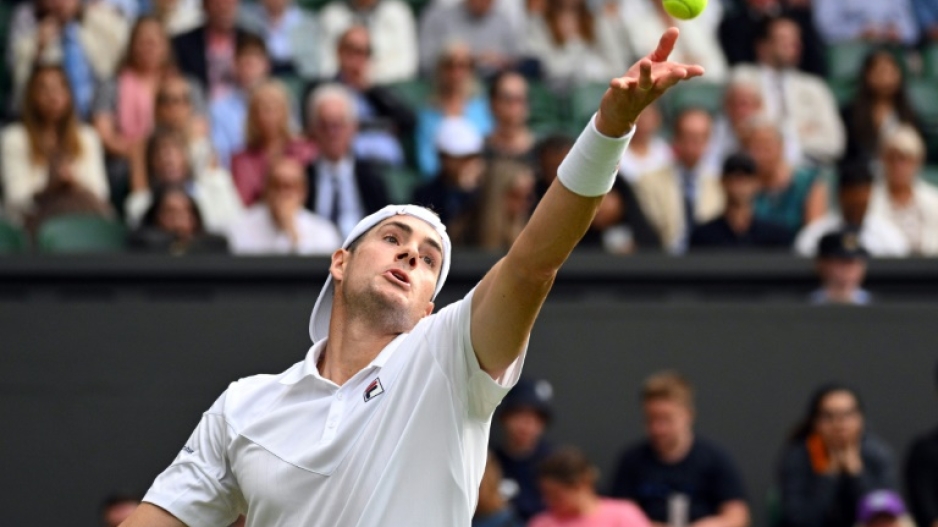 LONDON - John Isner found his serving groove early in his Wimbledon match against Italy's Jannik Sinner on Friday to set a new record for the number of aces on the ATP Tour.

The giant American started his match against the 10th seed four aces behind Croatia's Ivo Karlovic, who has served 13,728.

Isner, who dumped Andy Murray out in the previous round, broke the record in the third game of his match on Court Two with his fifth ace.

"It's actually really cool," Isner said ahead of Friday's match, looking ahead to breaking the record.

"It's something I'm really proud of. I will be the all-time leader. I'll keep playing, keep adding to my total... I don't know if (the record) will get broken. I could be up there for a long time."

Isner, who stands six feet 10 inches (208 centimetres) tall, is also in the record books for taking part in the longest match in tennis history in 2010, against Frenchman Nicolas Mahut.

A plaque was unveiled outside Court 18 at Wimbledon to commemorate the contest, which lasted 11 hours and five minutes.

'Give him another plaque," US tennis great John McEnroe said on ESPN.