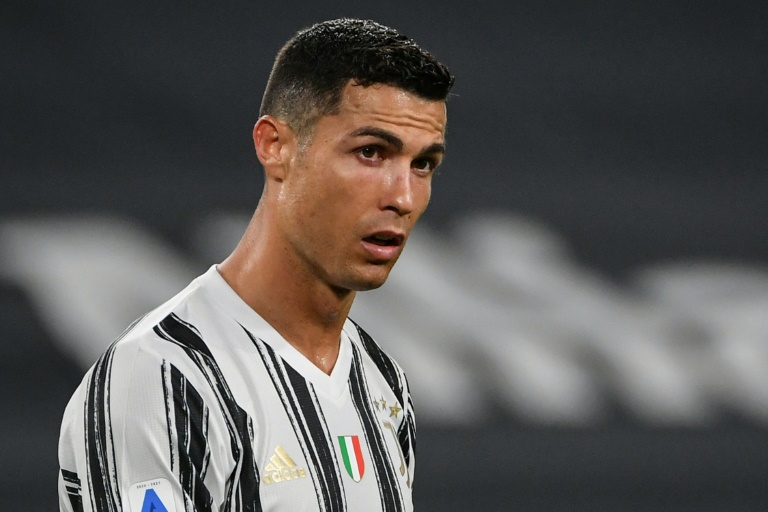 Cristiano Ronaldo is the top scorer in Serie A this season with 27 goals but Juventus have struggled under Andrea Pirlo. AFP/Isabella Bonotto

ROME - With their nine-year reign in Serie A ended and club president Andrea Agnelli roundly criticised for his role in the aborted European Super League, Juventus now risk missing out on next season's Champions League.

The head of the Italian Football Federation even warned Monday that Juventus would be thrown out of Serie A next season if they don't officially withdraw from the Super League, having as yet failed to distance themselves from the project.

Pirlo was largely spared the wrath of critics following the club's last-16 exit to Porto in the Champions League, his stature as a player and inexperience in the dugout serving as a shield.

But with the increasing regularity of poor performances, the 41-year-old now finds himself the primary target of mounting frustrations.

"While he may have all the excuses of a beginner, Pirlo did not improve during the season," Gazzetta dello Sport wrote Monday, lambasting an "unrecognisable" Juventus, "lacking in identity, style, intensity and organisation".

"You can be unmoved when the results are there, but when the team is in difficulty, to see the coach powerless and expressionless, incapable of shouting, that stands out," it added.

Pirlo shouldered the responsibility for the Milan loss but insisted he was not going to step aside.

Local media report that club officials have decided to finish the season with Pirlo but could then cut their losses on a failed gamble.

Massimiliano Allegri, who led Juventus to five titles in a row between 2015 and 2019, has been cited as a possible replacement, along with Zinedine Zidane, should he leave Real Madrid.

- Champions League fate beyond their control -

However, Pirlo could still end the campaign with a second trophy, as Juventus face Atalanta in the Italian Cup final on May 19. Juventus beat Napoli in January's Super Cup.

All is not lost for Juventus but wins in their remaining games against in-form Sassuolo on Wednesday, champions Inter Milan and Bologna might not be enough to reclaim a spot in the top four.

Juventus last missed out on the Champions League in 2011 while Cristiano Ronaldo, the competition's all-time leading scorer with 134 goals, has featured in every edition since 2003.

Failing to qualify would see Juventus lose out on roughly 80 million euros, jeopardising their ability to retain Ronaldo and afford his reported pre-tax annual salary of 54 million euros.

It would likely spell the end of Ronaldo's Turin spell, who despite turning 36 in February is the leading scorer in Serie A this term with 27 goals. That could though free up opportunities for others to emerge from the Portuguese star's shadow.

There are off-pitch distractions as well, with sporting director Fabio Paratici approaching the end of his contract, and Agnelli one of the key figures in the doomed Super League project.