Kamala Harris sworn in as US vice president 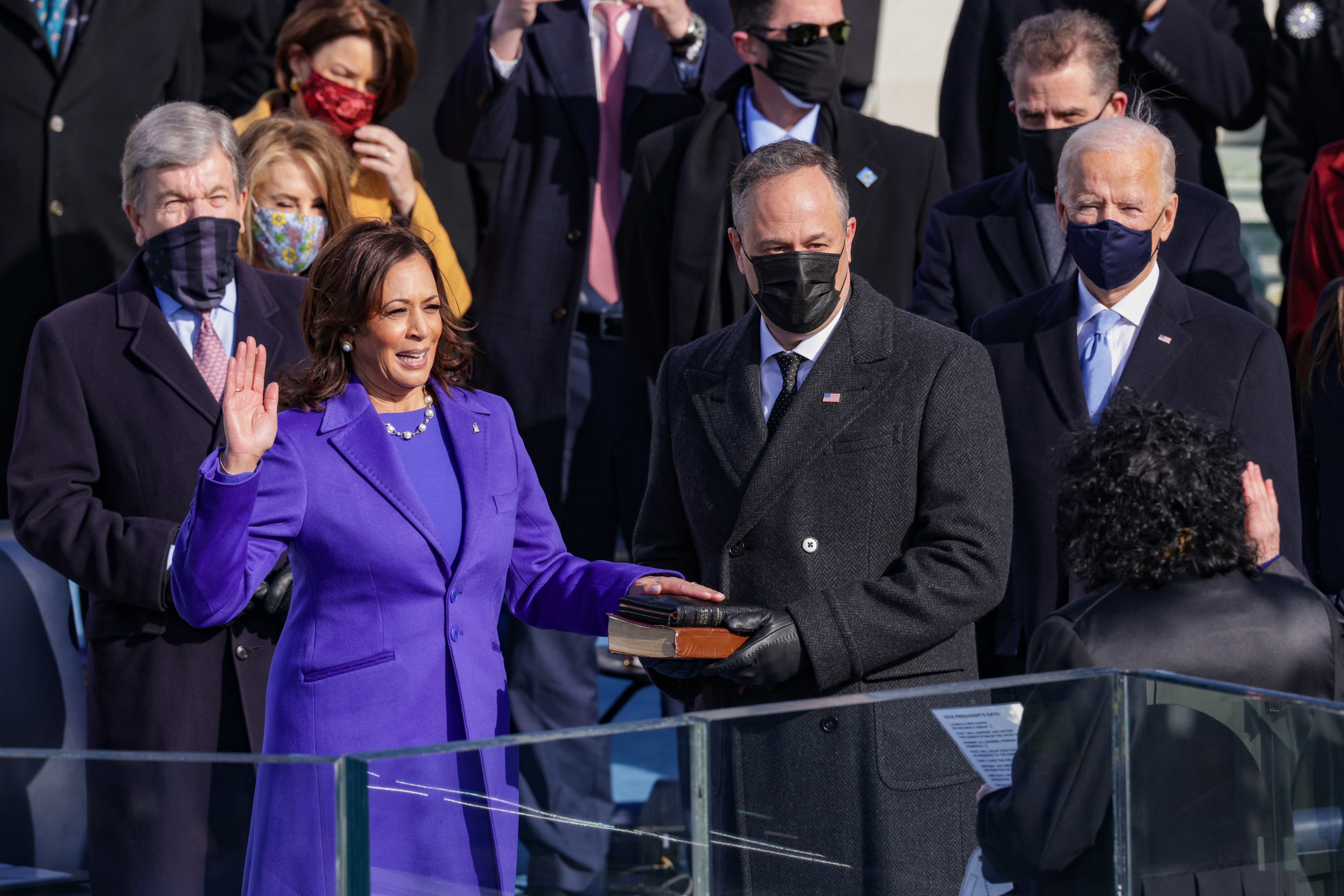 Kamala Harris is sworn in as U.S. Vice President as her husband Doug Emhoff looks on at the inauguration of U.S. President-elect Joe Biden on the West Front of the U.S. Capitol on January 20, 2021 in Washington, DC.

WASHINGTON - Former California senator Kamala Harris was sworn in as vice president of the United States on Wednesday, the first woman ever to hold the post.

Harris, 56, took the oath of office from Supreme Court Justice Sonia Sotomayor in a ceremony at the US Capitol.

READ: Biden arrives at US Capitol for inauguration

She is the first Black woman and the first woman of South Asian descent to become US vice president.