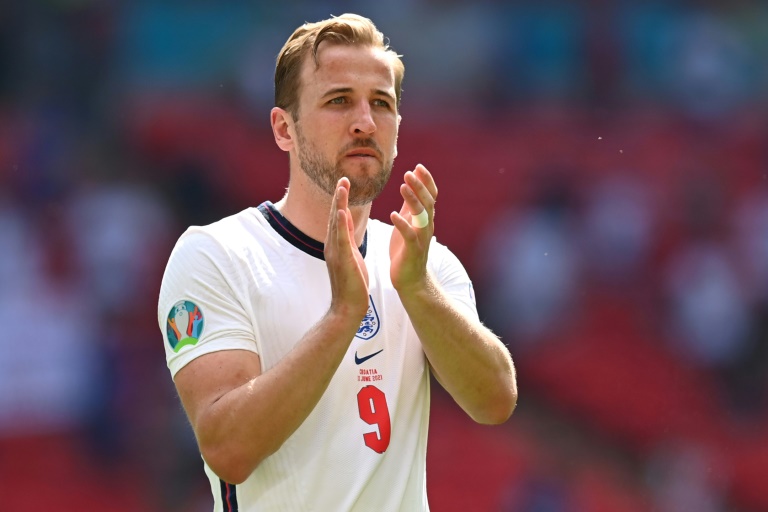 LONDON - Harry Kane says England's new generation passed their first test with flying colours after Gareth Southgate's side kicked off their Euro 2020 campaign with a 1-0 win against Croatia.

Southgate has infused England's squad with a vibrant crop of emerging stars and Kane was relieved to see them cope with the pressure of playing in a major tournament for the first time.

Those five are all new to the unique demands of playing for England during a tournament, with the additional burden of having to live up the expectations of the home fans at Wembley.

England captain Kane was especially impressed with Leeds midfielder Phillips, who provided the assist for Sterling's strike as the Three Lions won their opening game at a European Championship for the first time.

"He has been brilliant," Kane told beIN Sports. "He has just come off the back of a shoulder injury as well. He has been good in training and working hard to be fit for the first game.

"Obviously he was selected and did a fantastic job and there were a few guys out there playing their first game for England in a major tournament and they did their country proud."

Southgate raised eyebrows with his decision to play right-back Kieran Trippier on the other side of the defence, while he left in-form playmaker Jack Grealish on the bench, with Ben Chilwell and Jadon Sancho absent from the matchday squad.

But Kane backed Southgate and said everyone would have to play their part if England were to become European champions for the first time.

"That is why he is doing his job and the fans are debating. That is part of football," he said.

"We have got a great squad and you can understand everyone has got their own opinions on who should play.

"But we had a great team performance and it is important we use the whole squad throughout the tournament. It isn't going to be the same team every week."

Tottenham striker Kane finished as top scorer in the Premier League this season and won the 2018 World Cup Golden Boot.

But he was unable to make an impact against Croatia before he was replaced by Jude Bellingham late on.

Kane often dropped deep in a bid to dictate play from midfield, yet could not exert his usual influence.

"It has always been a part of my game," he said. "Sometimes when I drop deep it allows space for the wingers or the midfielders to run in behind.

"It is always about doing my bit for the team. If it means dropping deep, I will drop deep. If it means staying high, I will stay high."