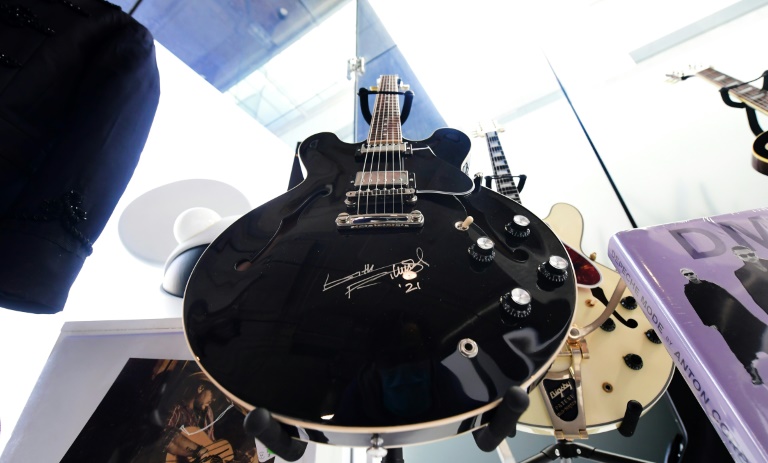 LOS ANGELES - Could one of rock's oldest rivalries be settled by a non-fungible token?

A Rolling Stones guitar -- accompanied by a video of Keith Richards signing his Gibson ES-335 -- is expected to exceed the price of Paul McCartney's autographed bass when the instruments go on sale in Beverly Hills next month.

"The same old adage, 'the Beatles or the Rolling Stones?' 'Are you a Beatle or a Rolling Stone fan?'... The two can collide and you can actually enjoy both, of course," said Martin Nolan, executive director of Julien's Auctions.

"I think that Keith Richards will win out on this one, simply because it's so fun and because of the NFT."

NFTs, or non-fungible tokens, are unique digital objects that confer ownership -- in this case, of the four-second video of Richards penning his autograph.

The new darling art form for some collectors and investors, NFTs have become staples of auction houses.

According to Julien's Auctions, the auction item will be Richards' first-ever NFT, and is expected to yield $6,000-8,000.

McCartney's signed Hofner violin bass guitar is the same model he used during their final concert on the London rooftop of Apple Corps in 1969 -- a gig recently shown in full for the first time in Peter Jackson's Disney+ documentary "The Beatles: Get Back." 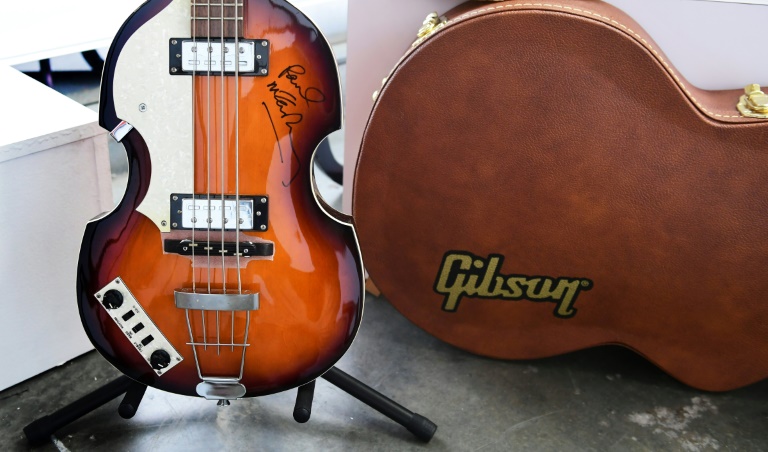 Both are on sale as part of the charity auction for MusiCares, which offers health and recovery programs for members of the music community.

In a sign of the changing times, the auction's highest estimate comes from a far more recent musical phenomenon -- South Korea's BTS.

The K-pop band members are selling the seven custom-made white, orange and black suits they wore at their 2021 Grammy Awards performance, for an expected $30,000-$50,000.

"They have such a massive fan base all over the world," said Nolan.

The auction will take place on January 30 in Los Angeles and online.