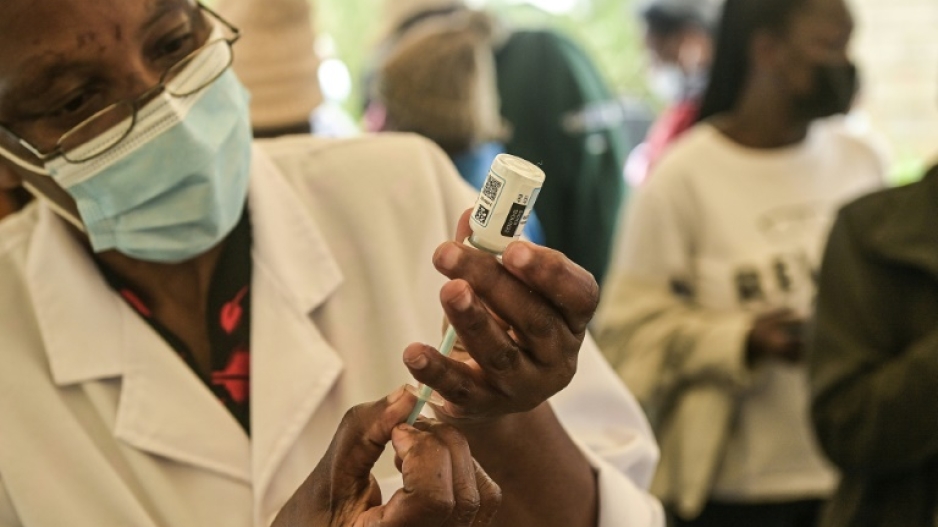 Kenya's positivity rate has shot up to a staggering 29.7 percent

NAIROBI - People in Kenya will have to show proof of COVID-19 vaccination to use public transport or enter government offices, the health ministry said Wednesday, ignoring a court order against the measures.

The proportion of Kenyans returning a positive COVID test has soared recently, from 1 percent in early December to almost 30 percent now, smashing previous records as fears grow over the infectiousness of the Omicron variant.

In the last 24 hours, 3,328 people have been diagnosed with COVID-19 out of 11,197 tests -- a key indicator of the spread of the virus in a country where access to tests is limited and overall infection figures can be unreliable.

The East African country announced last month that it would impose tough restrictions on unvaccinated people from December 21 but a Nairobi court last week suspended the order pending the hearing of a case filed by a businessman who called the measures "tyrannical".

But on Wednesday, senior health ministry official Mercy Mwangangi said the restrictions were now in force.

"In public places, all persons must show proof of vaccination for admission for example into national parks, game reserves, hotels, bars as well as use of public transport," she said.

"In the event of non-compliance, action shall be taken, which may include the withdrawal of the licence of the institution."

She said rule-breakers could face action in the courts.

Campaigners including Human Rights Watch have criticised the directive as discriminatory and urged the government to abandon the plan, which also requires visitors from Europe to provide proof of full vaccination.

Early data suggest Omicron could be more contagious than previous strains and may have higher resistance to vaccines.

Kenya has reported just over 270,000 coronavirus cases since the start of the pandemic but hospitalisations and fatalities have fallen in recent weeks.

Since it was first reported in South Africa in November, the heavily mutated Omicron variant has been identified in dozens of countries, prompting many to reimpose travel restrictions and other measures.

Uganda on Wednesday said unvaccinated staff would not be allowed on school premises next month when educational institutions reopen for the first time in nearly two years.

It also banned unvaccinated people from using public transport in the capital Kigali for three weeks.

South Sudan on Tuesday announced a three-week partial lockdown in the face of spiralling infections and a slow vaccination campaign, with just 185,970 people fully inoculated.

The world's youngest country is emerging from years of civil war and lacks roads and other basic infrastructure required to reach its 11 million people, many of whom live in remote areas.

As in other parts of the region, fear of side effects and rumours that the vaccine causes impotence or is otherwise unsafe have spurred wariness.