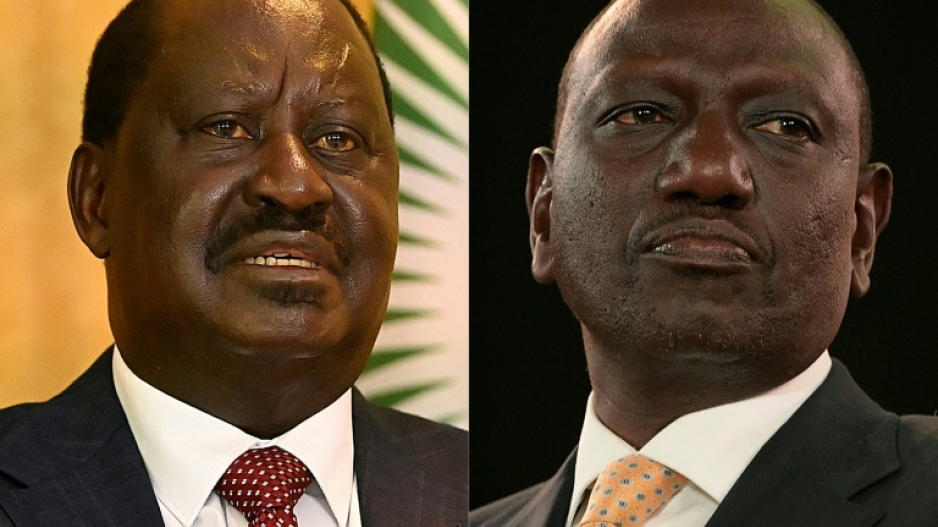 KENYA - Flanked by cheering crowds and blaring vuvuzela horns, the frontrunners in Kenya's presidential election vowed to revive the country's troubled economy Saturday as they made their final push for votes ahead of the August 9 polls.

Deputy President William Ruto and Raila Odinga, a veteran opposition leader now backed by the ruling party, are fighting for the chance to lead the East African powerhouse as it grapples with a cost-of-living crisis.

Previous polls have been marred by violence -- including inter-ethnic clashes -- and continue to cast a dark shadow over the country, where 22.1 million voters will now choose the next president, as well as senators, governors, lawmakers, woman representatives and county officials. 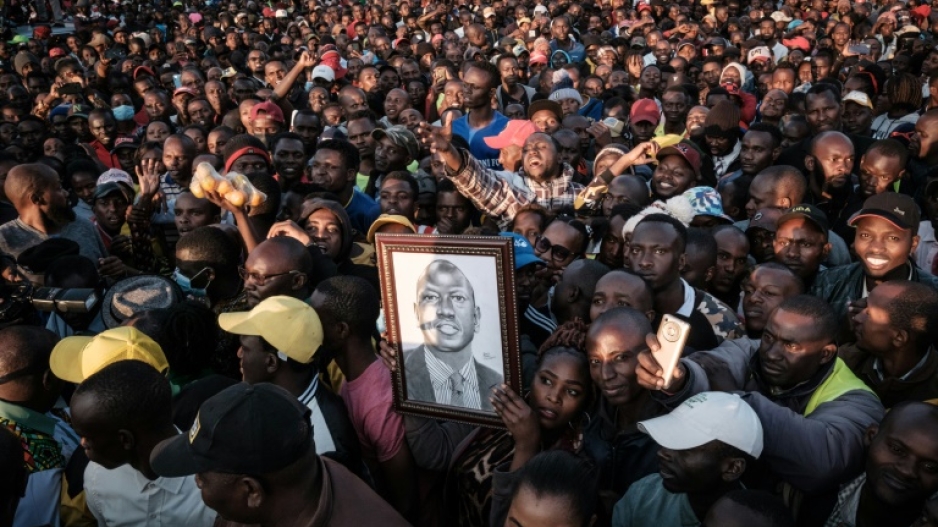 Odinga (R) has made corruption a key plank of his campaign

The battle for votes has been dominated by mud-slinging, tit-for-tat claims of rigging and a freebie bonanza for supporters, who have been showered with umbrellas, groceries and cash for attending rallies.

After months of frenetic campaigning across the vast country, the two candidates staged their final offensive in the capital Nairobi, addressing thousands of flag-waving supporters.

A former political prisoner who is making his fifth run for president, Odinga promised to transform the multi-ethnic country into a land "of hope and opportunity, a Kenya not for individual tribes, but one big Kenya tribe". 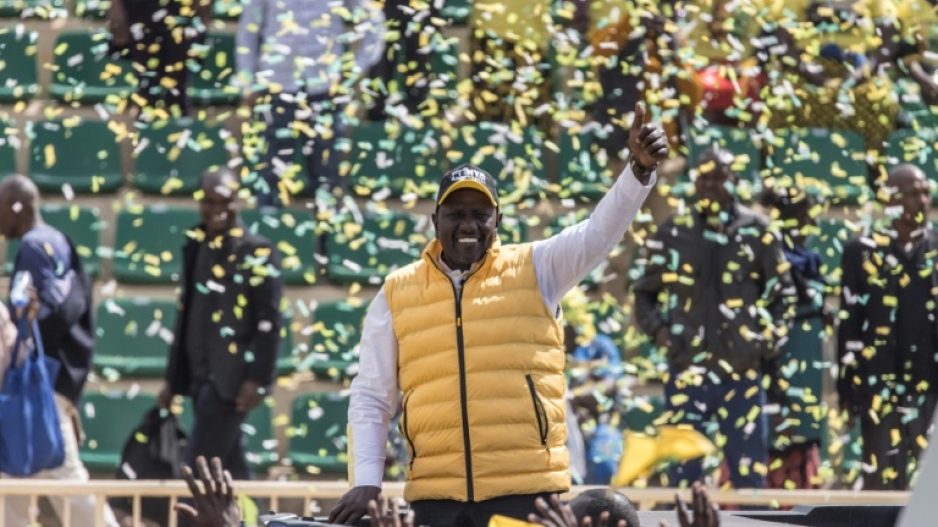 Ruto, who has cast himself as 'hustler-in-chief', said his government would tackle inflation and create jobs

Ruto, who has cast himself as "hustler-in-chief", said his government would tackle inflation and create jobs, vowing: "We are going to have a nation that leaves no Kenyan behind."

With lawyers David Mwaura and George Wajackoyah -- an eccentric former spy who wants to legalise marijuana -- also in the fray, speculation has mounted that Kenya may see its first presidential run-off, sparking worries that a disputed result could lead to street violence.

A wealthy businessman with a rags-to-riches background and a shadowy reputation, Ruto, 55, was long expected to be President Uhuru Kenyatta's successor, but was sidelined when his boss -- who cannot run again -- joined hands with longtime rival Odinga in 2018. 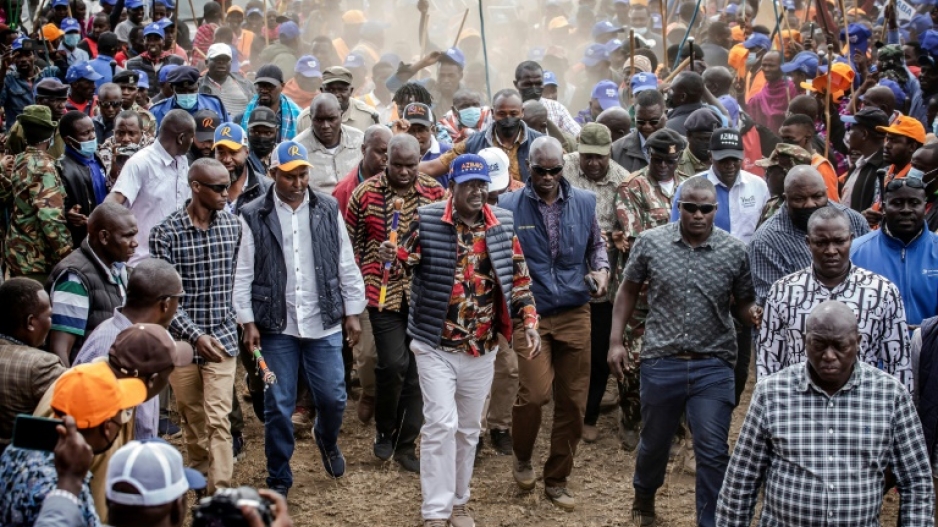 The candidates have criss-crossed the vast country in recent months, canvassing for votes

Kenyatta's endorsement has given Odinga, 77, access to the ruling Jubilee party's powerful election machinery, but has also dealt a blow to his anti-establishment credentials.

Nevertheless, some analysts believe Odinga will emerge the winner in a close race, with Oxford Economics highlighting the fact that "several influential political leaders", including Kenyatta, back him.

Odinga has made the fight against corruption a key plank of his campaign, pointing out that Ruto's running mate is fighting a graft case. 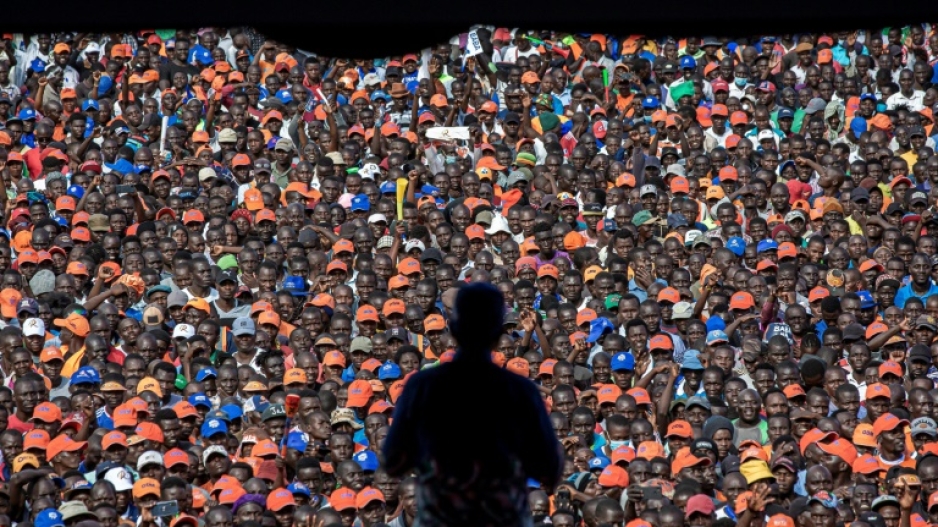 Ruto has promised to establish a 'bottom-up' economy in a nation where three in 10 people live on less than $1.90 a day

Ruto meanwhile has taken aim at the "dynasties" running Kenya -- a reference to the politically powerful Kenyatta and Odinga families -- hoping to strike a chord in a nation where three in 10 people live on less than $1.90 a day, according to the World Bank.

Evance Odawo, a 23-year-old tailor attending Odinga's rally, told AFP: "We expect from the next president that the economy improves and the living standards, too."

Grace Kawira, an unemployed mother-of-two, was waiting for Ruto's arrival at a separate venue.

"There's no work. We don't have a job. We are the hustlers," she told AFP, echoing concerns shared by many across Kenya.

"We are just surviving."

The election will open a new chapter in Kenya's history, with neither candidate belonging to the dominant Kikuyu tribe, which has produced three of the country's four presidents. 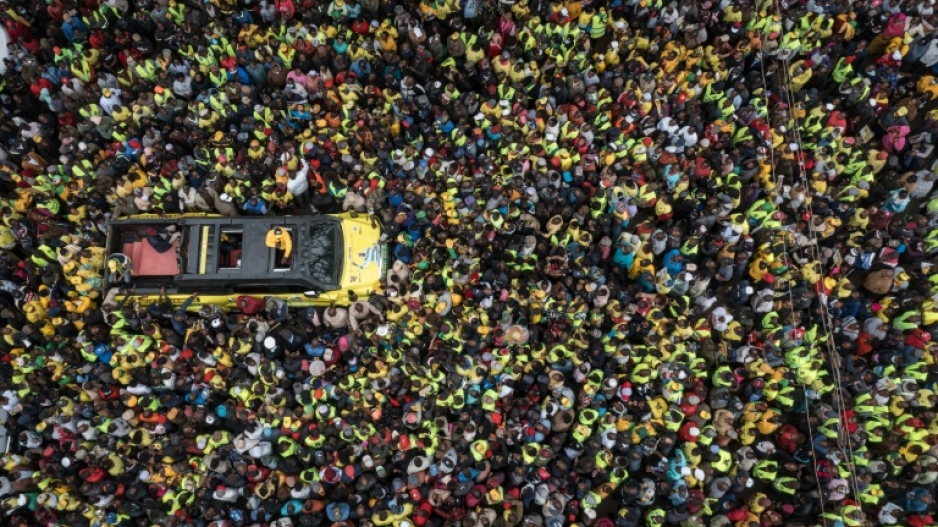 The run-up to this year's poll has been largely calm, with the police planning to deploy 150,000 officers on election day to ensure security and the international community calling for a peaceful vote.

Since 2002, every Kenyan presidential poll has been followed by a dispute over results. The Supreme Court annulled the 2017 election due to widespread irregularities in the counting process and mismanagement by the Independent Electoral and Boundaries Commission.

The IEBC, which is under pressure to ensure a free and fair poll, insists it has taken all necessary precautions to prevent fraud, with Kenyans hoping for a peaceful vote.

"I want (the politicians) to accept the election so the country can continue in peace," said 32-year-old Kawira.