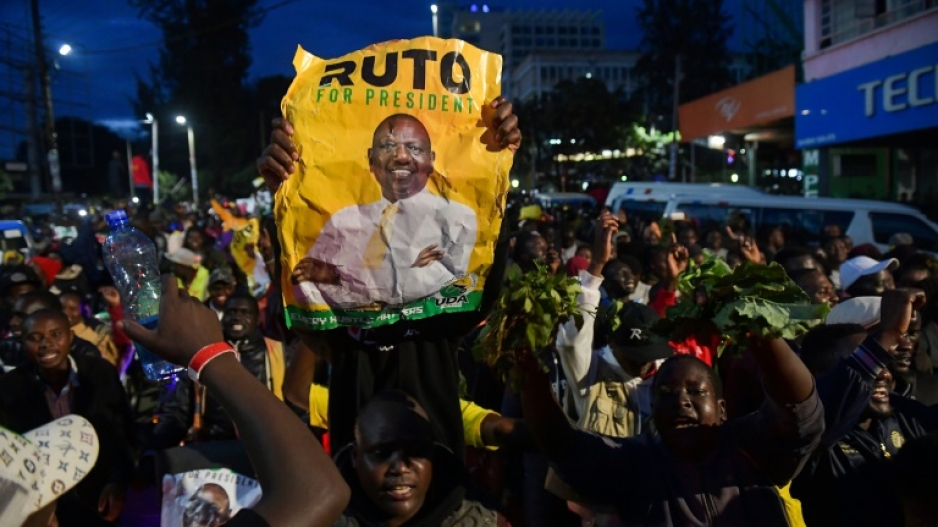 Following his victory, Ruto has pledged to work with all leaders. AFP/Simon Maina

NAIROBI - Kenyans were on Tuesday braced for a potential period of uncertainty after William Ruto was proclaimed winner of the hard-fought presidential election but his opponents cried foul.

All eyes were on defeated rival Raila Odinga, who failed at his fifth stab at the presidency but has yet to make any public comments about the outcome of the August 9 election.

After an anxious days-long wait for results, the 55-year-old Ruto was declared president-elect on Monday with a narrow victory over Odinga, the veteran opposition leader who had stood with the backing of the ruling party following a stunning shift in political allegiances.

The aftermath of the largely peaceful vote will be keenly watched as a test of democratic maturity in the East African powerhouse where previous elections have been marred by claims of rigging and bloodshed. 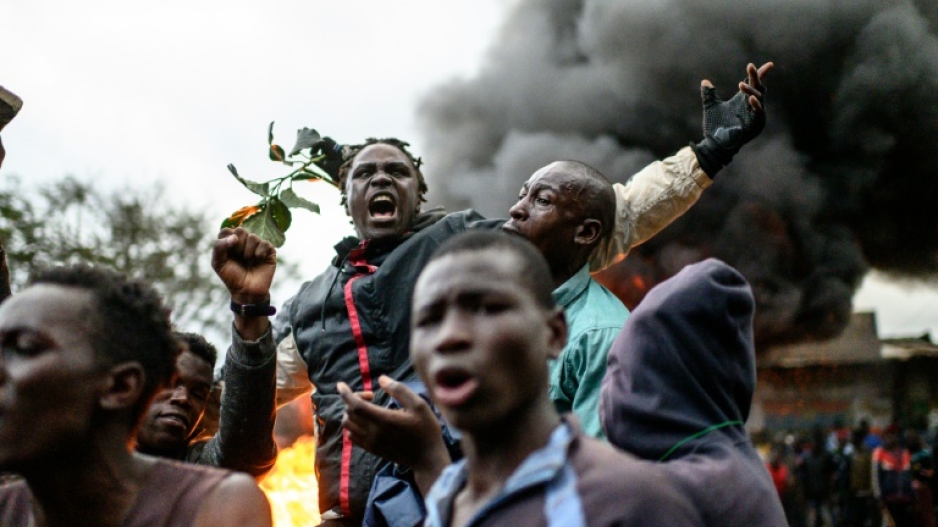 Supporters of Raila Odinga protest against the results of Kenya's general election in Kibera, Nairobi

"Ruto it is!" trumpeted the front page headline in People Daily, while The Standard declared "Ruto the 5th", as he will become Kenya's fifth president since independence from colonial power Britain in 1963.

The results announcement did little to calm nerves, with the election commission that supervised the vote itself split over the outcome and demonstrators in Odinga's strongholds hurling stones and setting fire to tyres.

On the campaign trail, both Odinga and Ruto had pledged to deal with any disputes in court rather than on the streets.

' No room for vengeance'

"I will work with all leaders in Kenya so that we can fashion a country that leaves nobody behind," Ruto said in his victory speech, pledging to run a "transparent, democratic, open government" for all Kenyans.

"There is no room for vengeance," said Ruto, who had run as the effective challenger after falling out with his boss, the outgoing President Uhuru Kenyatta.

"I am acutely aware that our country is at a stage where we need all hands on deck to move it forward."

He said the election had been fought on issues as much as "ethnic configurations" in a country where tribal affiliations have been a feature of every vote and led to vicious bloodletting after the disputed 2007 poll. 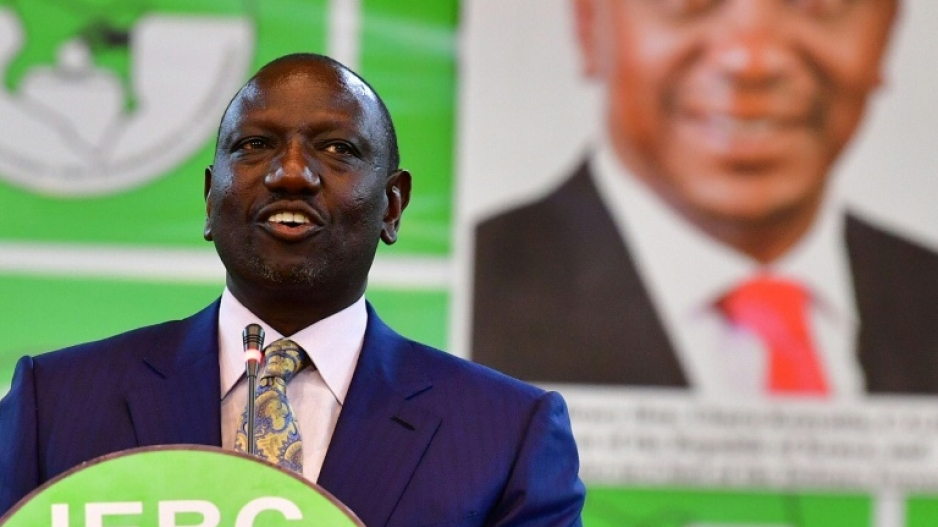 The rags-to-riches businessman had painted the vote as a battle between ordinary "hustlers" and the Kenyatta and Odinga "dynasties" that have dominated Kenyan politics since independence.

But his conciliatory message did not stop supporters of 77-year-old Odinga -- known as "Baba" ("father" in Swahili) -- from packing the streets in his lakeside stronghold of Kisumu, where they clashed with police who fired tear gas to disperse them.

Protests also erupted in two Nairobi slums that have long been Odinga bastions.

The situation on Tuesday appeared to be calm, with some police on patrol as people headed to work, although the streets of the capital Nairobi were emptier than usual.

No presidential poll outcome has gone uncontested in Kenya since 2002, and a supreme court challenge by Odinga is seen as almost certain, with his running mate Martha Karua saying on Twitter: "It is not over till it is over." 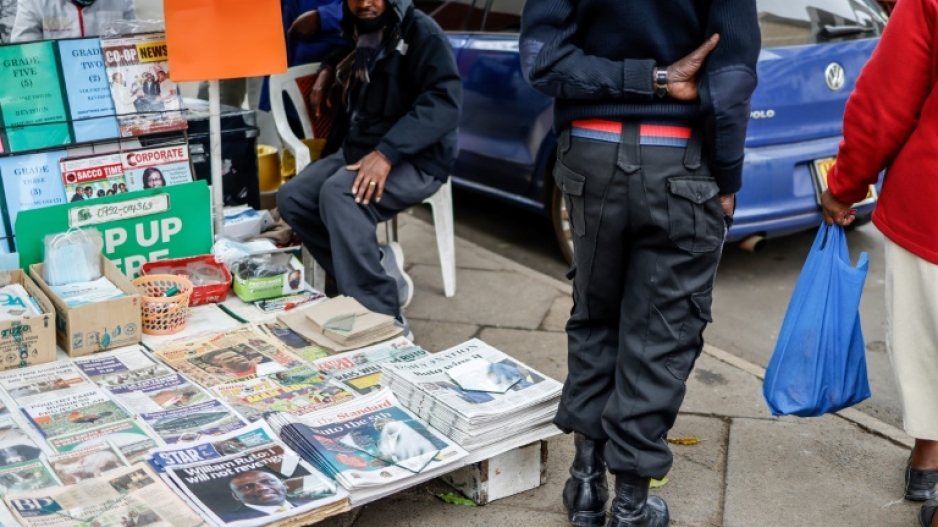 The race remained unpredictable to the end, with Ruto scoring 50.49 percent of the vote compared to 48.85 percent for Odinga, according to Independent Electoral and Boundaries Commission (IEBC) chairman Wafula Chebukati.

But in an extraordinary move shortly before the announcement, four of the IEBC's seven commissioners said they disowned the results, with one describing the process as "opaque" but giving no details.

The IEBC was under intense pressure to produce a clean and transparent vote after it faced stinging criticism over its handling of Kenya's annulled 2017 election.

Chebukati, who was also IEBC boss in 2017, insisted he had carried out his duties according to the law of the land despite facing "intimidation and harassment".

Any challenge must be made within seven days to the supreme court, which then has 14 days to issue a ruling. If it orders an annulment, a new vote must be held within 60 days.

"A second election would be even more polarised, dragging out business uncertainty while the economy struggles," Ben Hunter, Africa analyst at Verisk Maplecroft risk intelligence group, said in a note. 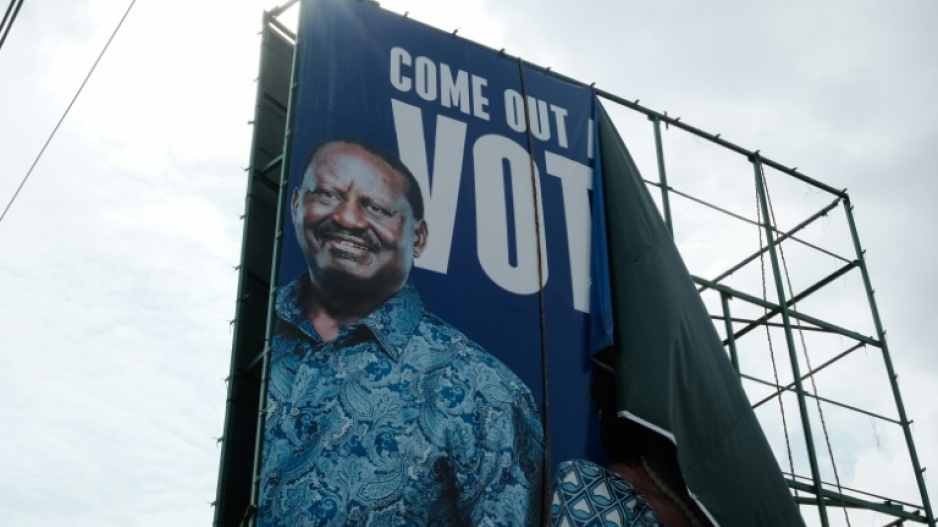 It was Raila Odinga's fifth stab at the presidency

If there is no court petition, Ruto will take the oath of office in two weeks' time.

He will inherit a country already struggling with soaring prices, a crippling drought that has left millions hungry, endemic corruption and disenchantment with the political elite.

While a host of African leaders congratulated Ruto, the US embassy instead issued plaudits to Kenya's voters, while urging political rivals to settle their differences peacefully. 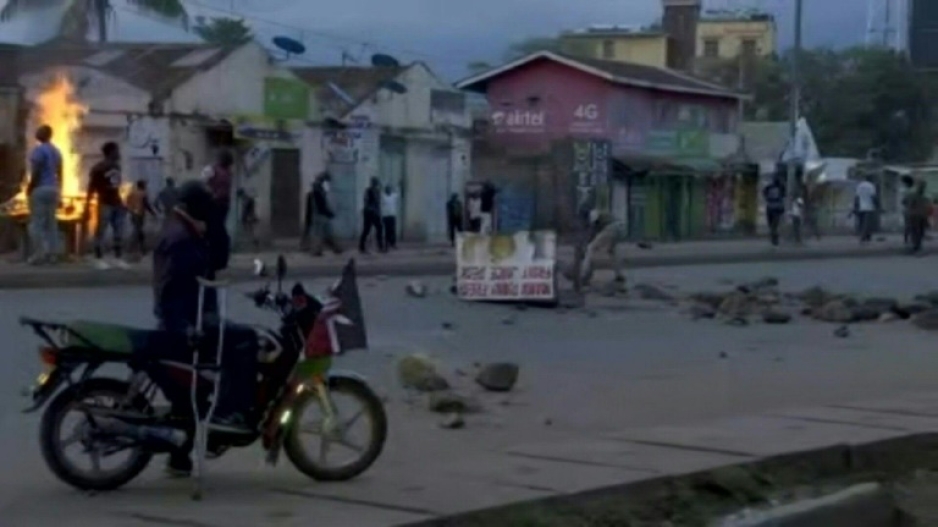 The worst electoral violence in Kenya's history occurred after a disputed vote in 2007, when more than 1,100 people were killed in bloodletting between rival tribes.