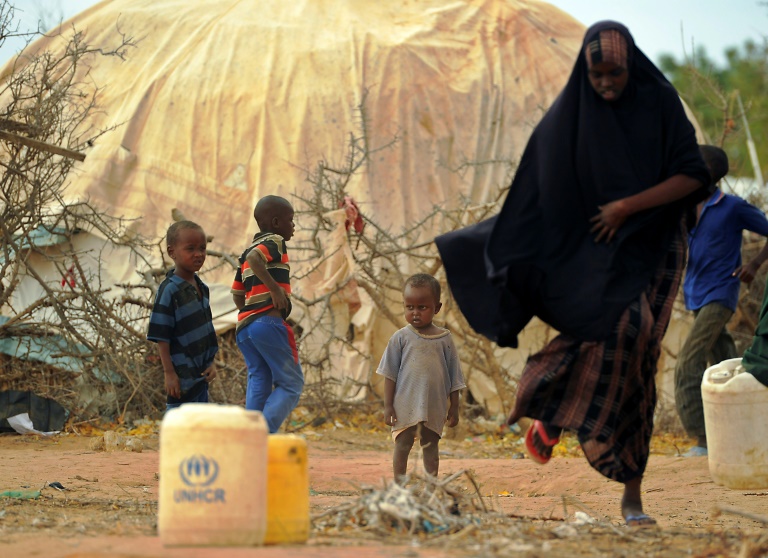 Dadaab hosts nearly a quarter of a million mainly Somalis who fled across the border following the outbreak of civil war in 1991. AFP/Tony Karumba

NAIROBI - Kenya said it planned to permanently close two refugee camps housing over 400,000 people, saying there was "no room for future negotiations" over the tent cities.

The interior ministry instructed the UN refugee agency to develop a plan within 14 days for shuttering the decades-old settlements of Kakuma, in Kenya's remote northwest, and Dadaab in its far east near the border of Somalia.

Kakuma is home to some 190,000 people, most from South Sudan. Dadaab hosts nearly a quarter of a million mainly Somalis who fled across the border following the outbreak of civil war in 1991. Many have lived there ever since.

Kenya has threatened to shut down Dadaab, in particular, on a number of occasions including in 2019 and 2016.

A new date for the closure has not been proposed.

But the UNHCR, which runs Dadaab and Kakuma, said Kenyan authorities had informed them of their intention to close the camps "within a short timeframe".

"The decision would have an impact on the protection of refugees in Kenya, including in the context of the ongoing Covid-19 pandemic," the UNHCR said in a statement on Wednesday.

"We will continue our dialogue with the Kenyan authorities on this issue. We urge the government of Kenya to ensure that any decisions allow for suitable and sustainable solutions to be found and that those who continue to need protection are able to receive it."

Cabinet Secretary Fred Matiang'i said there was "no room for further negotiations" on the matter, according to a statement posted to Twitter by his interior ministry.

"The cabinet secretary issued a two-week ultimatum for UNHCR to develop a clear roadmap for the closure of Kakuma and Dadaab refugee camps," an interior ministry source said on condition of anonymity.

Kenya has presented Dadaab as a security risk and training ground for the Al-Shabaab militant group based over the border in Somalia.