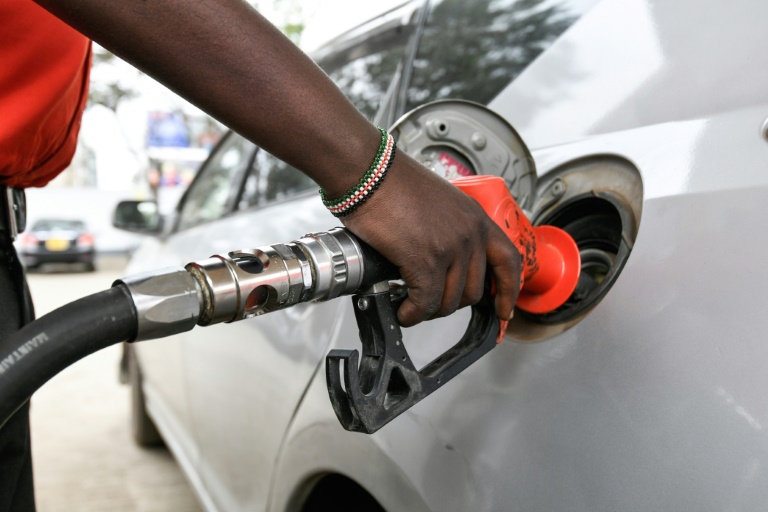 Petrol prices at the pump have gone up by about six percent in Nairobi. AFP/Simon Maina

NAIROBI - Kenyans voiced fury Thursday at a jump in fuel prices which threaten to pile on the misery for a population already suffering economic hardship because of the Covid-19 pandemic.

Fuel prices are now at record levels after the country's energy regulator this week put an end to subsidies on petrol, diesel and kerosene that were introduced earlier this year to ease anger over the surging cost of living.

The scrapping of the subsidies, which took effect on Wednesday, increased the price of petrol in Nairobi by about six percent to a maximum of almost 135 shillings (about $1.2) a litre.

And the cost is set to rise further with the introduction of a near five percent excise duty on fuel from 1 October.

The Consumers Federation of Kenya (Cofek) warned of a huge hit on the economy -– "high cost of production, surge in food prices, transport and overall, a higher cost of living".

"The foreign direct investments, as well as consumer purchasing power, will be driven south for a struggling economy reeling under the Covid-19 pandemic," it said in a statement Wednesday.

Kenyan consumers pay several taxes on fuel, which account for the vast bulk of the price charged by pump operators.

Kenya's GDP dropped to 10.75 trillion shillings ($98-billion) last year and the economy also shed 738,000 jobs, with informal workers such as small traders and artisans bearing the brunt of those losses.