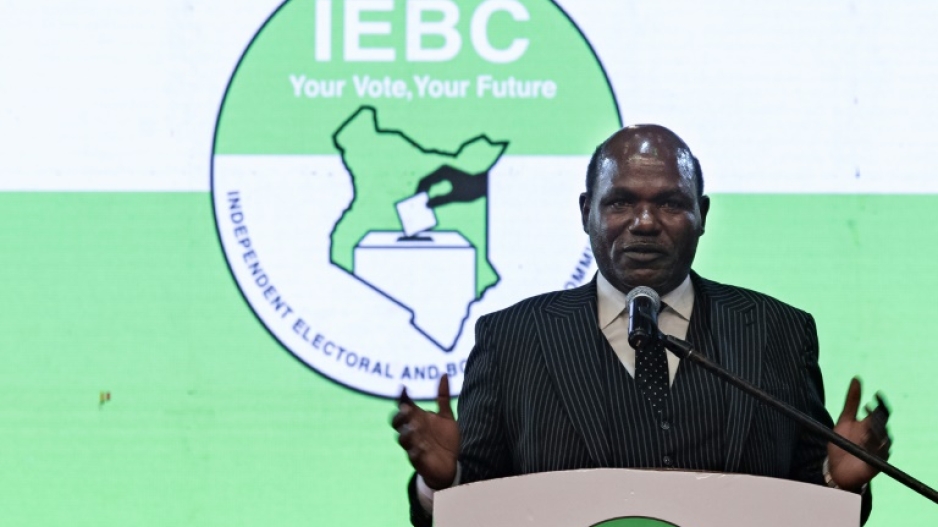 NAIROBI - Feuding officials, questionable calculations and accusations of intimidation and violence -- Kenya's election body is once again under the glare of public scrutiny.

Kenyans have been agog at the drama dividing the Independent Electoral and Boundaries Commission (IEBC) over the August 9 poll, yet another disputed election in a country considered a pillar of stability in the volatile East Africa region.

IEBC chairman Wafula Chebukati announced Monday that William Ruto had scraped victory with 50.49 percent of the vote against 48.85 percent for Raila Odinga, a veteran opposition figure backed by the ruling party.

But a court challenge is likely to be lodged by Odinga, who lost his fifth bid for the top job and called the outcome a "travesty".

The IEBC and its 59-year-old chairman have long been viewed with suspicion by many.

It faced scathing criticism over the 2017 election when the Supreme Court -- in a first for Africa -- annulled the vote and ordered a rerun.

This year the IEBC, with its $347 million budget, was under intense pressure to prove it could deliver a clean and transparent vote. 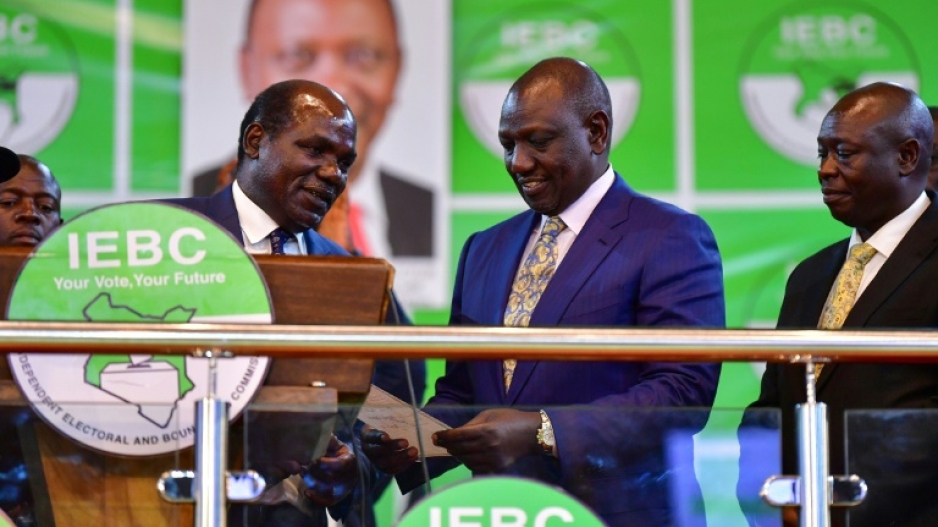 While polling day passed largely peacefully, with only a few issues of malfunctioning equipment and voting delays reported, Kenyans became increasingly jittery when the wait for results stretched over six long days.

On Monday, just minutes before Chebukati was to unveil the winner, four of the IEBC's seven commissioners said they disowned the results, triggering scenes of chaos at the commission's national tallying centre in Nairobi.

The four rebels chastised Chebukati for an "opaque" tallying process and complained he had failed to cooperate with them.

Discussing whether Chebukati needed their backing to announce the results, constitutional lawyer Charles Kanjama said there was "some ambiguity".

"The constitution is not clear... so it is an issue of interpretation", he told AFP.

The commissioners also claimed the total aggregated numbers were a "mathematical absurdity," adding up to 100.01 percent or a discrepancy of about 140,000 votes.

Their calculations were widely ridiculed, with people taking to Twitter in droves to say the disparity could be explained by rounding and that 0.01 percent actually represented around 1,400 votes.

The leading Daily Nation newspaper branded the quarrelling at the heart of the IEBC a "farce".

But Kenyan newspapers are divided over whether the rebel commissioners' arguments carry legal weight.

- No stranger to drama -

The IEBC is no stranger to controversy.

In the election dispute that followed, the Supreme Court cited widespread "irregularities and illegalities" in the counting process and mismanagement by the commission.

Dozens of people died in post-poll clashes with police over incumbent President Uhuru Kenyatta's initial win against Odinga, who went on to boycott the October rerun.

Several IEBC commissioners quit, including Roselyn Akombe who fled to the United States, saying she feared for her life and accusing her colleagues of pro-government bias.

Chebukati said he was unable to ensure the fairness of the October election and was highly critical of Kenya's political leaders.

Chebukati has been hailed as a "hero" by the victorious Ruto but vilified by Odinga, who claims the results he issued were "null and void".

Chebukati insisted he had carried out his duty in accordance with the laws of the land despite facing "intimidation and harassment" and said he and other IEBC officials had been "physically attacked".

Police are also investigating the death of a returning officer in a Nairobi constituency who went missing during the election period.

The co-founder of a Nairobi law firm, Chebukati was appointed to the post in January 2017 after the departure of his predecessor, who had also come under fire over the 2013 elections.

After the 2017 fiasco, Chebukati's continued presence remains something of a surprise, although this is his last election at the helm of the IEBC.

"Chairman Chebukati is a very well-meaning person, he has the temperament to be able to be a leader," Amkombe said in a 2017 interview, describing him as a "leader under siege".

The IEBC's level of preparation and the reliability of its electronic kits -- used to biometrically identify voters and transmit results -- came under particular scrutiny during this year's election.

But both international and local observers in general praised the running of the vote and the counting process.

The Africa-focused Elections Observation Group said there had been improvements since 2017 with a "more open and secure" results management process, adding that its own tallies were "consistent" with the official figures.

If the IEBC does have to defend its running of the vote, it is better prepared than the last time and has put its lawyers through intensive training, Kenyan academic Macharia Munene said.

"The national officials are being very careful not to be caught, the way they were caught in 2017," he said.