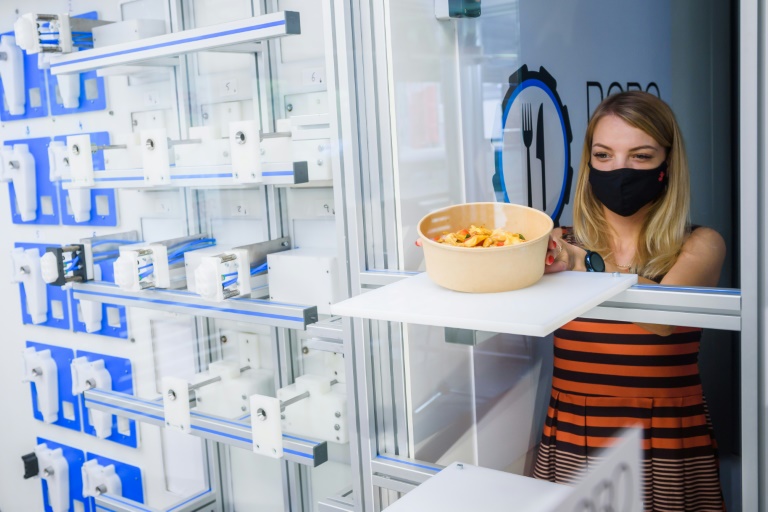 RIGA - A pasta order comes in and the robotic arm springs into action at the Roboeatz eatery in Riga. After five minutes of gyrations, a piping hot plate is ready.

The Riga cafe, located under a crumbling concrete bridge, is designed in such a way that customers can observe the robotic arm at work.

It also has a seating area, although most customers prefer take away since vaccination certificates are required to be able to eat indoors in Latvia.

A Roboeatz app allows customers to order and pay for their dish before picking it up at the cafe.

"The food tasted better than I expected!" said customer Iveta Ratinika, a teacher and a member of the Latvian capital's education board.

Ratinika said she would encourage schoolchildren to come and observe the robotic arm in action and mused that there could be robots working at the school cafeteria within "a few years".

Roboeatz was set up in January 2018 by Konstantins Korcjomkins and Janis Poruks, who have been running the Woki Toki fast food chain in Latvia since 2009. 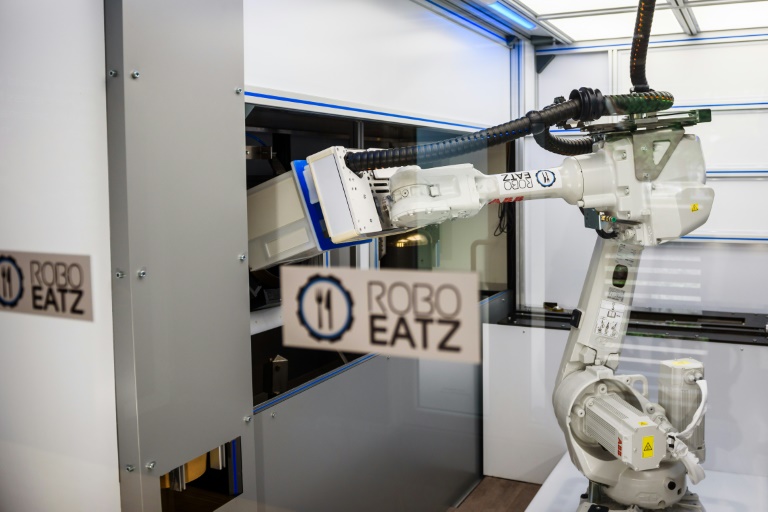 The Riga cafe, located under a crumbling concrete bridge, is designed in such a way that customers can observe the robotic arm at work

Their aim? To revolutionise the fast food industry.

"This robot replaces four to six human employees, reducing labour costs significantly," said Poruks, who has a background in engineering.

But he stressed that the introduction of such robots would not push up unemployment rates since "people are not lining up to flip burgers".

"The robot will not replace people who are willing to have a career in restaurants and catering, becoming chefs or other food celebrities. The robot will take those low-paid jobs which most people already do not want," he said.

Automated kitchen technology has been gaining interest in recent years, and that has been accelerated by the pandemic.

At a newly opened eatery in Paris, customers can watch robots build, bake and box up pizzas at a rate of up to 80 an hour.

In the US, a robot named "Sally" belonging to the startup Chowbotics can whip up salads sold through a vending machine.

The designers of Roboeatz say it is designed to take over some of the food prep tasks while improving food safety and eliminating the infection risks of crowded kitchens.

During a visit by AFP this week, the robotic arm was programmed to make three different pasta dishes.

Its creators say it can be programmed to make hundreds of recipes, taking into account the owner's favourites and food allergies.

"The robotic arm actually makes the least trouble of all, we just programme it to do what we need," said Korcjomkins.

"The real challenge is to design and invent an entire kitchen around the robot, which should contain all the food ingredients, spices, sauces, rotating pots for boiling and frying," he said.

The co-founders said the robotic arm would pay for itself within two years at most. 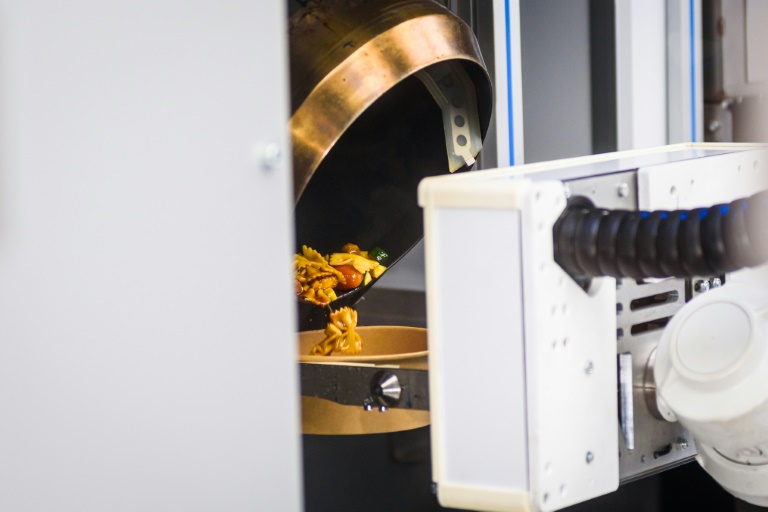 "On average in the European Union, one employee in the kitchen costs the company around 16 euros ($19) an hour, which includes salary, taxes, insurance, training and everything else," said Poruks.

"The robot does not need health insurance, its kids cannot get sick, it does not go on vacation or maternity leave, it does not complain and it cannot bring Covid from home to work," he said.

The company has big expansion plans with sales offices in Canada and the United States and a technical team in Riga to programme the robots.

The technology was shown off earlier this year at the Consumer Electronics Show in the US.

The co-founders said they were unconcerned about competition from similar robots, such as the pizza-making one in France.

"Our robot is designed to do more tasks and jobs than just make pizza. Our goal is to create a robot that can be useful for many kinds of foods, cuisines and dishes," said Korcjomkins.

"Hopefully a robot in kitchen will become as popular as electric cars!"