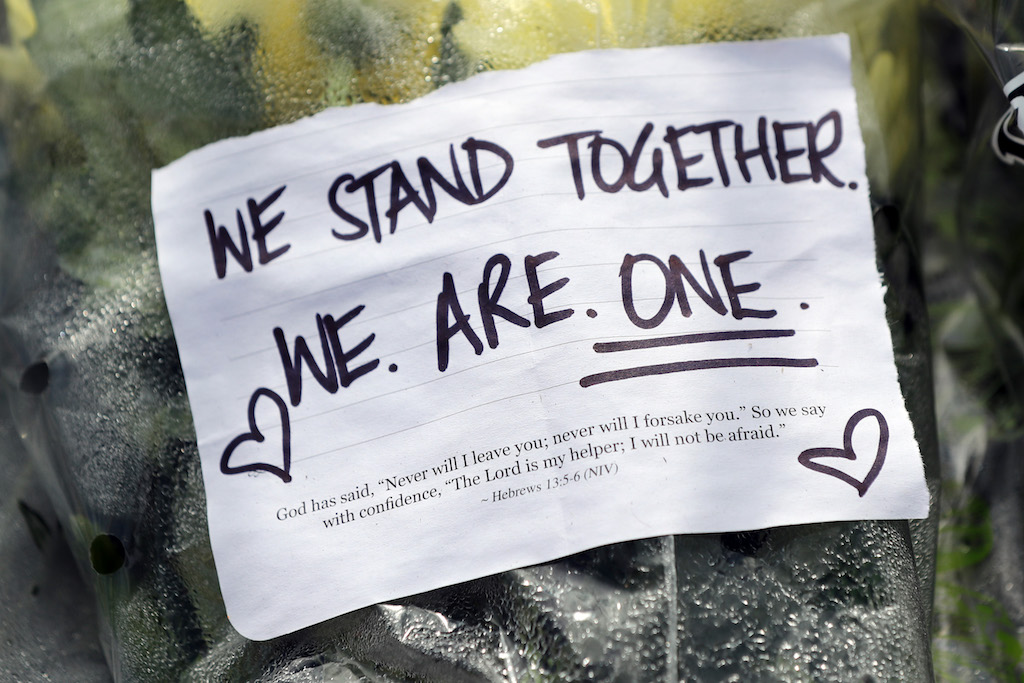 Residents pay their respects by placing flowers for the victims of the mosques attacks in Christchurch.

CHRISTCHURCH - New Zealanders flocked to pay tribute on Sunday to the 50 worshippers slain in two mosque attacks, as families clamoured for the return of their dead.

Coroners said they hoped to let grieving relatives fulfil Islamic burial customs soon, but insisted they had to move carefully through their investigation into the horrific multiple murder.

As New Zealand grappled to come to terms with the slaughter -- the worst attack on Muslims in a Western country -- tales of heroism, suffering and incredible grace began to emerge.

Prime Minister Jacinda Ardern said her office and some 30 other officials had received the manifesto by email about nine minutes before the attack.

Earlier Sunday the prime minister, wearing a black headscarf, appeared visibly moved as she greeted and hugged members of the Muslim community in Wellington, and laid a floral tribute to the victims of Friday's atrocity.

Around Christchurch, New Zealand and the world there have been vigils, prayers, memorials and messages of solidarity.

"We stand together with our Muslim brothers & sisters" were the words on a large red banner, above a sea of flowers at one of the sites in what one resident dubbed the "city of sorrow".

An emotion-filled haka -- the Maori war dance -- was performed by a New Zealand biker gang to honour the Christchurch dead.

The country remained on high alert on Sunday, with police closing an airport in the southern city of Dunedin after an unidentified package was spotted on the airfield.

On Monday, Ardern will gather her cabinet to discuss changing the country's gun laws.

That could include a ban on semi-automatic weapons of the type used by Tarrant. A series of reform attempts in recent years have failed.

Ardern also wants answers from social media giants over the livestreaming of the carnage.

Facebook said it had removed 1.5 million videos of the attack around the world in the first 24 hours.