Kuntz feels at home as he signs Turkey deal 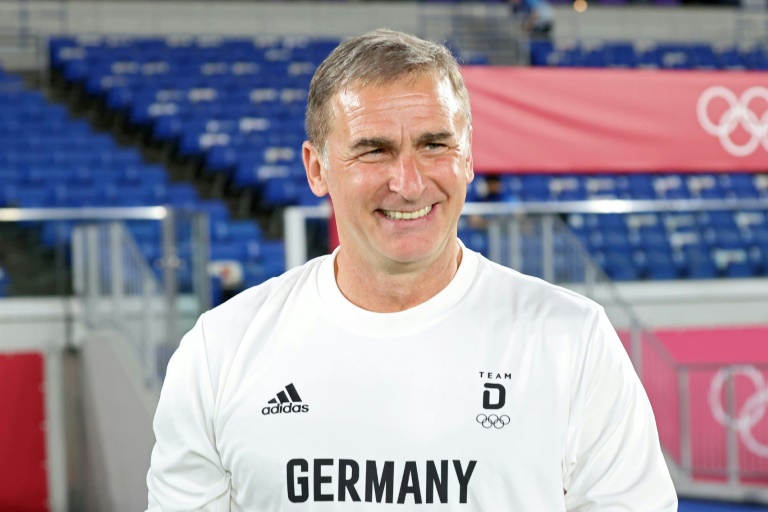 Turkey's new coach Stefan Kuntz says he feels like he has come home after enjoying his time there as a striker with Besiktas. AFP/Yoshikazu Tsuno

ISTANBUL - Stefan Kuntz feels like he is "coming home" after signing a three-year contract as Turkey's national coach with the aim to guide them to their first World Cup finals in 20 years.

Kuntz, who has established his coaching reputation on the back of coaching Germany to two European Under-21 titles (2017/21), looked back on those days with longing while formally signing his contract to replace Senol Gunes as Turkey's new head coach.

"It’s like coming home. It was an unbelievable one year in Besiktas," Kuntz told reporters at the signing ceremony in Istanbul.

"My wife even still tells me we made a mistake, that we left Turkey too early."

The football federation decided to part ways with Gunes after Turkey got thumped by the Netherlands 6-1 in a 2022 World Cup qualifier earlier this month -- one of the worst losses in their history.

Turkey are sitting third behind the Netherlands and Norway in World Cup qualifying Group F.

This leaves them in danger of failing to qualify for a fifth successive World Cup finals.

Their last appearance in 2002 saw them stun pundits by storming into the semi-finals and ultimately finish in third place.

"Hopefully, we can play once again in a World Cup finals after 20 years." said Turkish Football Federation president Nihat Ozdemir.