KZN duo busted for stashing dagga in a coffin 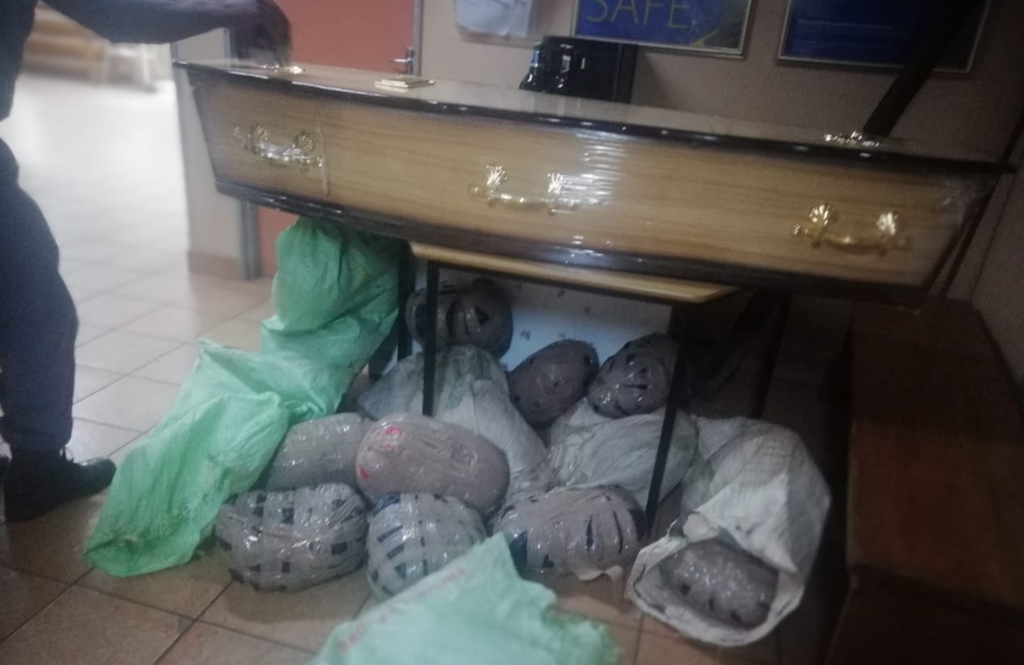 Police discovered 80kg worth of dagga stashed in a coffin.

According to police, officers were manning a roadblock on the N2 freeway when they noticed an approaching vehicle that stopped and switched off its lights a short distance away from the roadblock.

A search was conducted and police uncovered 30 concealed packets of dagga inside the coffin.

"The total stash weight in at 80 kilograms. The suspects were immediately arrested and detained at the Pongola police station for possession of dagga," police said in a statement.

The men aged 32 and 34 were charged for possession of dagga and will appear in the Pongola Magistrates’ Court on Tuesday.