KZN economy under threat as mining giant shuts down

KwaZulu-Natal's economy is under threat after mining giant Richards Bay Minerals had to shut down operations, over escalating violence in surrounding communities. #DStv403

DURBAN - KwaZulu-Natal's economy is under threat after mining giant Richards Bay Minerals had to shut down operations, over escalating violence in surrounding communities.

The Rio Tinto subsidiary says the closure is to protect its employees and assets.

The mine says it's losing production and with it, a substantial amount of money.

Authorities are racing against time to solve a crisis threatening the province and country's economy.

KZN Community Safety MEC Bheki Ntuli says, "People are getting business opportunities, that's going to vanish. But also there are people that are employed. They are going to lose jobs and then that would mean our economy is going to collapse."

The reasons behind the violence are complex.

It's understood some jobless community members are trying to stop those employed by the mine from going to work, while there are also alleged traditional leadership disputes.

Last year, a pact was signed with all stakeholders resulting in months of peace, but it's no longer holding.

Police say the province's stability is being threatened.

Watch the video above for more on his story

END_OF_DOCUMENT_TOKEN_TO_BE_REPLACED 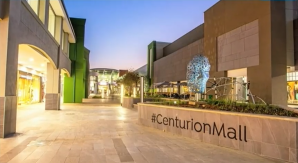