Lamola asked to rule on extradition of Mozambique's ex-finmin 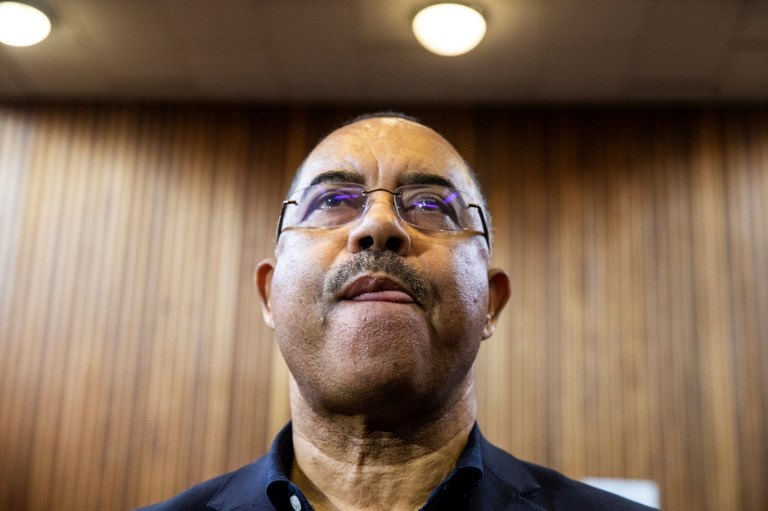 File: Justice Minister Ronald Lamola will now make the final call in a 10-month battle for Manuel Chang's custody that has put the United States and Mozambique at loggerheads.

JOHANNESBURG - The High Court on Friday revoked a previous decision to extradite to Mozambique its former finance minister Manuel Chang, wanted in relation to a $2-billion debt scandal there that plunged the country's economy into crisis.

Both the United States and Mozambique are seeking the extradition of Chang, whose has been in custody in South Africa since December when he was arrested at the request of the United States for his alleged role in borrowing that US authorities say was fraudulent. He denies wrongdoing.

Former South African justice minister Michael Masutha had decided before leaving his post that Chang should be sent back to Mozambique.

But his successor, Ronald Lamola, applied to the court to have this decision set aside.

On Friday, Judge Denise Fisher obliged, sending both Masutha's decision to extradite Chang to Mozambique as well as his dismissal of the US extradition request to Lamola for him to rule on the matter.

"Both decisions are remitted to the current minister for determination," the written ruling said. The parties can appeal the decision.

A lawyer for Chang did not immediately respond to a message seeking comment.

"We will study the judgement itself... consult with our client the Republic of Mozambique and then we will make a decision on the way forward," Sami Modiba, a lawyer for Mozambique, said following the ruling.

Subject to any appeal, Lamola will now make the final call in a 10-month battle for Chang's custody that has put the United States and Mozambique at loggerheads, just as other powers such as Russia crank up efforts to gain influence in the African country.

One factor in Lamola's move to have his predecessor's decision revoked was a concern that Chang still benefited from political immunity in Mozambique.

READ: US 'disappointed' at Chang extradition to Mozambique

In an affidavit in August, Mozambique's Attorney General said that before a lawmaker's immunity can be formally lifted in the country, that person must appear before a judge there, which Chang cannot do while he is in South Africa.

If sent to the United States, analysts say he may reveal more details of the debt scandal, with potential implications for senior members of the ruling party in Mozambique, where the political situation is fragile following a contested election.

The US charges relate to loans obtained from Credit Suisse and Russia's VTB bank that were guaranteed by the Mozambican government but some of which were not disclosed, that Chang signed off on during his 2005-2015 term as finance minister.

Their disclosure in 2016 prompted foreign donors including the International Monetary Fund to cut off support for Mozambique, triggering a currency collapse and debt default.

Mozambique has not yet formally charged Chang with a crime, prompting civil society organisations to argue that he should be sent to the United States.

A trial in Mozambique over the scandal, which has also ensnared three former Credit Suisse bankers, is already underway.