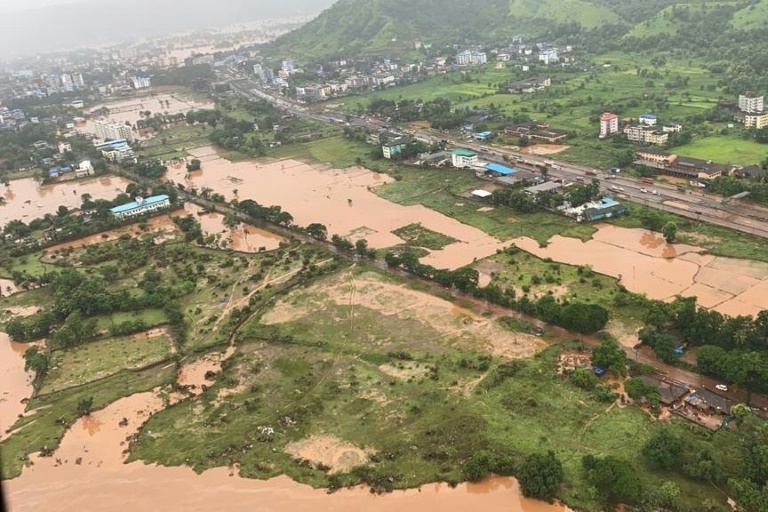 As many as 38 others were missing after three separate landslides on Thursday evening in Maharashtra state's Raigad district, south of India's financial capital Mumbai.

"There have been six more landslides in Satara district, where two people have died", he added.

Elsewhere in the state, up to 15 people were also missing.

The Navy and Air Force joined rescue efforts after the downpour caused floods that left thousands stranded, but their operations were hampered by landslides blocking roads, including the main highway between Mumbai and Goa.

Water levels rose to 3.5 metres (12 feet) in areas of Chiplun, a city 250 kilometres (160 miles) from Mumbai, following 24 hours of uninterrupted rain that caused the Vashishti river to overflow, submerging roads and homes.

"Roads and bridges have been damaged in the floods and the situation is worrying," Thackeray told reporters.

The Indian Navy deployed seven rescue teams equipped with rubber boats, life jackets and lifebuoys to the affected areas, along with specialist divers and a helicopter to airlift marooned residents.

The Army said 15 teams would be stationed overnight in the worst-hit districts to rescue stranded people and provide first aid.

A landslide in the town of Khed injured 10 people, according to a press release from the state government.

Another "10 to 15 people are likely to be trapped under the rubble," the statement said.

India's meteorological department has issued red alerts for several regions in the state, indicating that heavy rainfall will continue for the next few days.

Flooding and landslides are common during India's treacherous monsoon season between June and September, which also often sees poorly constructed buildings and walls buckling after days of non-stop rain.

Four people died before dawn on Friday when a building collapsed in a slum in Mumbai, authorities said.

The incident came less than a week after at least 34 people lost their lives when several homes were crushed by a collapsed wall and a landslide in Mumbai. 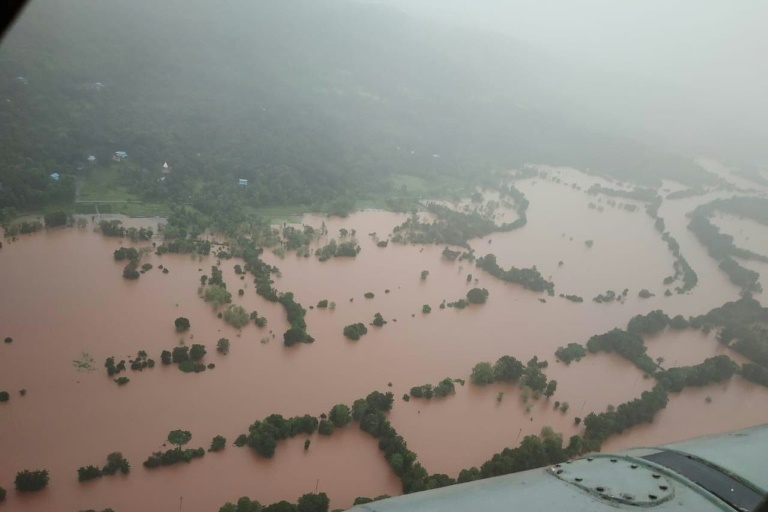 Rainwater also inundated a water purification complex last weekend, disrupting supply "in most of the parts of Mumbai", a megacity of 20 million people, civic authorities said.

Last month, 12 people were killed when a building collapsed in a Mumbai slum.

And last September, 39 people died when a three-storey apartment block fell down in Bhiwandi near the financial capital.

In 2014, more than 150 people lost their lives in Maharashtra when heavy rains caused a hill to cave in, burying scores of villagers under mud and debris.

Climate change is making India's monsoons stronger, according to a report from the Potsdam Institute for Climate Impact Research (PIK) published in April.

The report warned of potentially severe consequences for food, farming and the economy affecting nearly a fifth of the world's population.

"Since Indian society is overall affected by the monsoon in a very strong way, stronger variability produces problems for agriculture, but also for the organisation of public life," said Anders Levermann from PIK and Columbia University.

Last year, five of the most costly extreme weather events in the world were related to Asia's unusually rainy monsoon, according to a tally by the charity Christian Aid.

In 2013, some 6,000 people died when flash floods and landslides swept away entire villages in the Indian state of Uttarakhand as rivers swollen by monsoon rains overflowed.