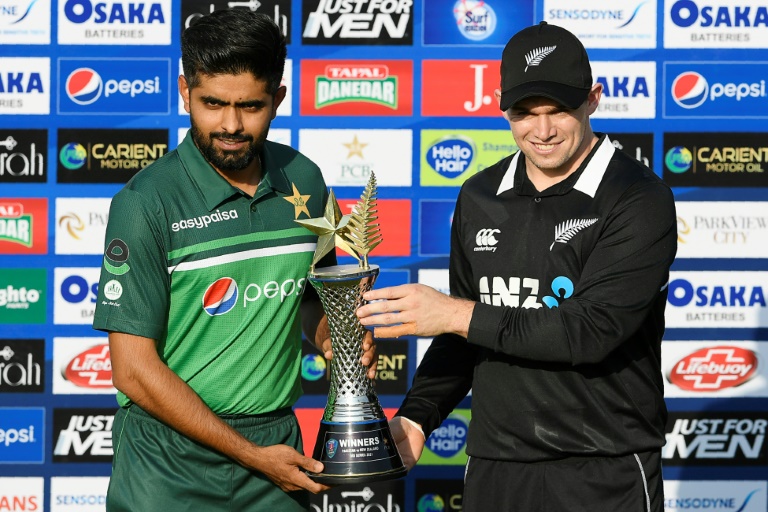 KARACHI - New Zealand's stand-in skipper Tom Latham expressed disappointment at missing a "historic moment" after his team were forced to abandon their first cricket tour of Pakistan in 18 years.

The Kiwis called off the tour over a security threat on Friday -- the same day they were due to play the first one-day international in Rawalpindi.

"To be part of that was going to be something special, but obviously things changed, and New Zealand Cricket acted pretty swiftly along with the people on the ground in Pakistan," said Latham in an interview released by New Zealand Cricket.

Latham said his counterpart, Pakistan captain Babar Azam, had been very excited about the tour.

"To have cricket back in their country was something that they were very proud of. I remember doing the captain's run with Azam the day before and seeing how happy he was to have international cricket and to have us there.

"It was a historic moment as well for New Zealand Cricket to be back there, 18 years since they were last there."

But the New Zealand squad were whisked off to Dubai on Saturday.

Latham said it was a confusing series of events.

"Everyone was sort of wondering what was up, and then we got told the news that we would be heading home.

"It was an interesting 24 hours post that decision, but obviously New Zealand Cricket, the players' association, everyone on the ground in Pakistan obviously had our players' safety first and foremost.

"For them to act so swiftly and to get us out here to Dubai was outstanding. I know the guys were very thankful for that."

Latham said the squad had been looked after well in Pakistan.

"While we were there after the decision, the Pakistan authorities were brilliant, they kept us safe, we were safe at the hotel, and we certainly thank them."

Three days after New Zealand left, Pakistan suffered another blow when England refused to send their men's and women's teams for a series next month.