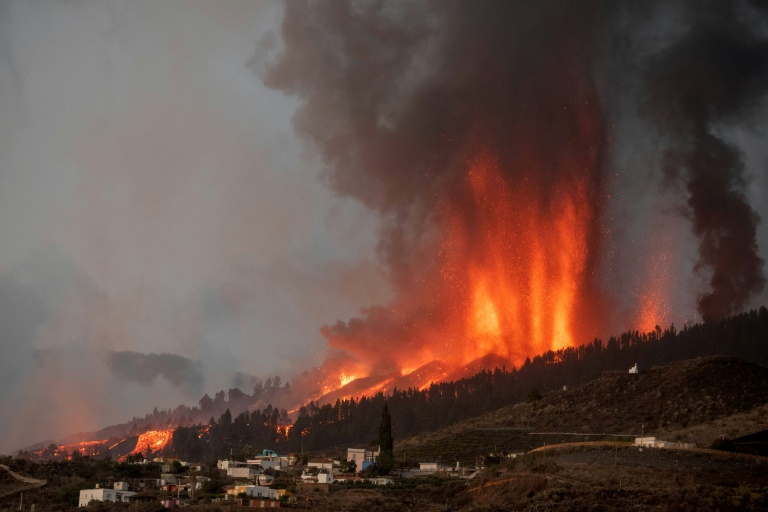 There was huge anguish among the thousands of people evacuated from their homes, with many wondering if they would have anything to go back to. AFP/Desiree Martin

MADRID - A surge of lava destroyed around 100 homes on Spain's Canary Islands a day after a volcano erupted, forcing 5,000 people to leave the area, local authorities said.

The Cumbre Vieja erupted on Sunday, sending vast plumes of thick black smoke into the sky and belching molten lava that oozed down the mountainside on the island of La Palma.

The island is one of the most westerly of the Atlantic archipelago off the coast of Morocco.

"Right now we have evacuated 5,000 people and around 100 homes have been destroyed," said Lorena Hernandez Labrador, a councillor in Los Llanos de Ariadne, a town several kilometres from the volcano.

Images on Twitter showed slow-moving lava creeping down the mountainside, pockets of flame erupting as it rumbled ever closer towards a group of homes standing just metres away.

Elsewhere, piles of glowing lava surged onto the patio of a house.

There was huge anguish among the thousands of people evacuated from their homes, with many wondering if they would have anything to go back to. 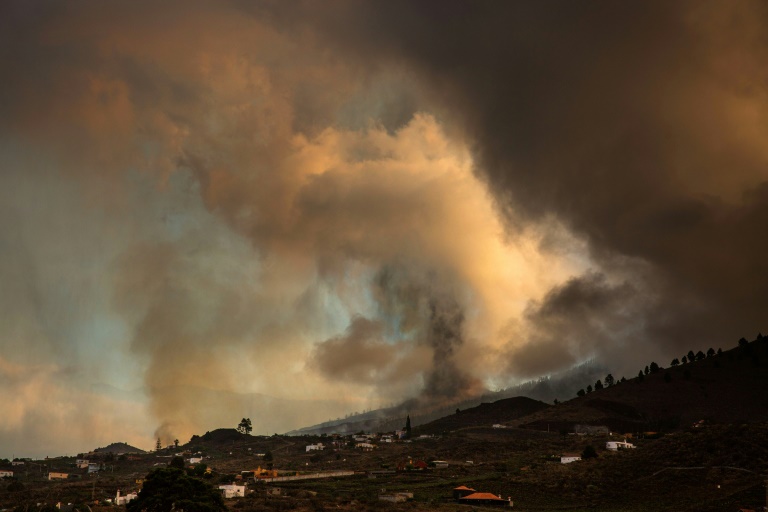 The Cumbre Vieja volcano sent huge plumes of thick black smoke into the sky after it erupted on Sunday afternoon. AFP/Desiree Martin

La Cumbre Vieja straddles a ridge in the south of La Palma, which is home to around 80,000 people.

Experts had been keeping a close watch on the volcano after observing a recent upsurge in seismic activity and magma displacements.

An "earthquake swarm" -- a sequence of seismic events occurring over a short period -- began on 11 September.

Since then, there have been tens of thousands of tremors, the strongest with a magnitude of nearly four, the Involcan volcanology institute said.

The last eruption on La Palma was in 1971 when another part of the same volcanic range -- a vent known as Tenegia  -- erupted on the southern side of the island.