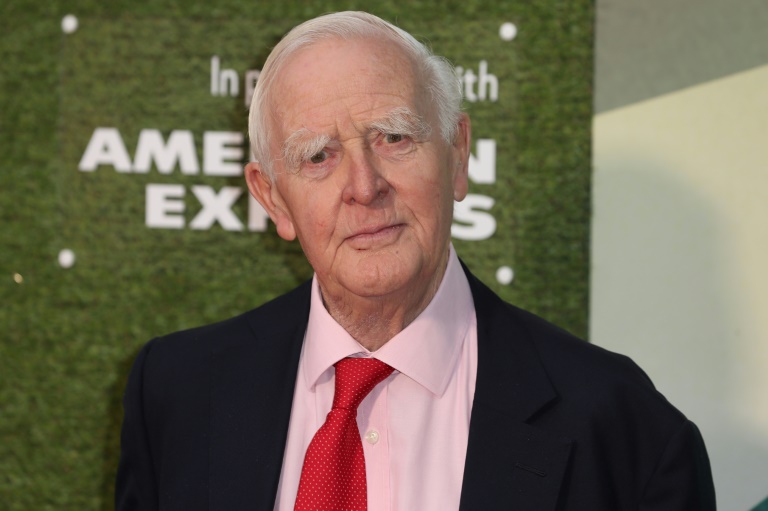 LONDON - John le Carré's final novel was published posthumously in Britain on Thursday -- although the British spy author's son has raised the tantalising prospect of more material to come.

"Silverview" centres around an unlikely friendship in a seaside town between a former city banker and a Polish émigré.

Secrets unfold, and le Carré's deep ambivalence towards the methods and ethics of his former employers in British intelligence is again on display.

But the 224-page novel also dwells more than his previous works on ageing and mortality. Le Carré died of pneumonia in December, aged 89. He would have turned 90 on October 19.

His four sons approved the publication of "Silverview" by Penguin Viking, and have been cataloguing his archive of unpublished work.

Youngest son Nicholas Cornwell, an author himself, tidied up the manuscript for publication.

"As the kind of junior writer in this arrangement, it's enormously frustrating how consistently brilliant he was," he told the Sunday Times this week.

"Sometimes material that's published posthumously is bad and it shouldn't be published. And this just doesn't fall into that category. It's a genuinely good book."

Cornwell confirmed that among his father's papers were unpublished stories featuring George Smiley, the world-weary spy who was his best-loved character.

"The degree to which they are finished, publishable, collatable is something we'll find out," he said.

"If there's more that's worth sharing we will, I'm sure. If there isn't, I'm afraid this ('Silverview') has to be the swan song. It's pretty good."

Reviewers observed that in the new novel, le Carré had dialled down the anger that characterised his late work, including at Brexit.

The tone is more elegiac and while not a masterpiece, it is "a fitting coda to the work of our greatest spy novelist", according to the Daily Mail.

To mark the release of "Silverview", The Guardian newspaper ran a roundup of authors listing their favourite le Carré novel.

Grisham reflected on reading the novel in 1985, as he was struggling with his first novel.

"I almost stopped writing, but with time convinced myself that I didn't have to be as good as John le Carré to co-exist in the vast world of international publishing," he commented.

"I vowed, though, to at least try. And I'm still trying."