Leaders Toulouse cling on for narrow win over Montpellier 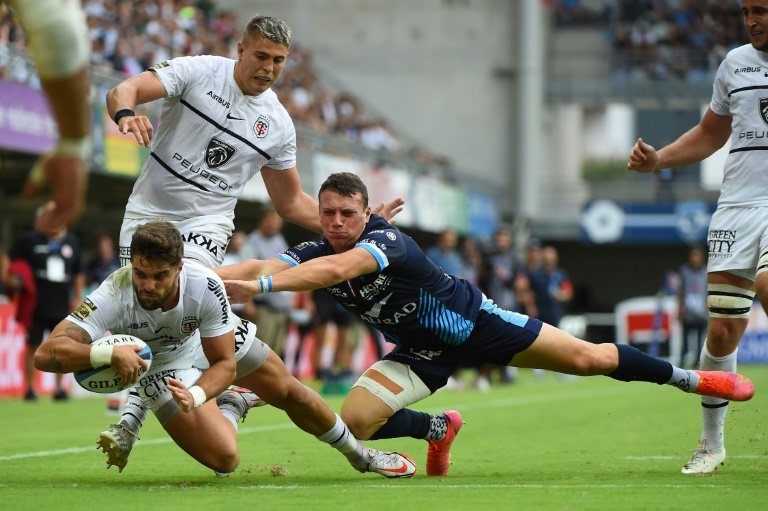 Romain Ntamack scored an early try for Toulouse but the French champions had to scrap hard to secure a narrow 17-15 win at Montpellier in round three of the Top 14 on Saturday which maintains their perfect start to the season and their place at the top of the table.

Leading 17-10, Toulouse had to play the last five minutes with just 13 men on the field because of a yellow card and a lack of props. Vincent Rattez pulled back a try for the home side but Paolo Garbisi missed the touchline conversion which would have levelled the scores.

Montpellier then had a line-out inside the Toulouse 22 but prop Enzo Forletta spilled the ball as he drove towards the Toulouse line, allowing the champions to escape with the tightest of victories.

France fly-half Ntamack struck first with a try in the first minute which Thomas Ramos converted.

Early in the second half, Ntamack then set centre Lucas Tauzin away for Toulouse's second try.

Scrum-half Martin Doan reduced the gap for the home side but Montpellier had to concede their first loss of the season and settle for a defensive bonus point.

Toulouse made it three wins out of three and head the Top 14 table with 13 points, three ahead of Lyon, Brive and Castres.

The former Ulster and Harlequins playmaker was in devastating form with the boot, on target with a conversion and seven penalties as he punished a series of indiscretions from the Parisians who had started the season with back-to-back wins.

With the rain falling at the Stade Aguilera, Herron missed an early sighter, his only failure of the afternoon, but soon put Biarritz on the board.

Home hooker Lucas Peyresblanques muscled over from close range but Racing hit back when Kurtley Beale set up Juan Imhoff for a try. Herron's boot, though, gave Biarritz a 13-5 lead at the break. 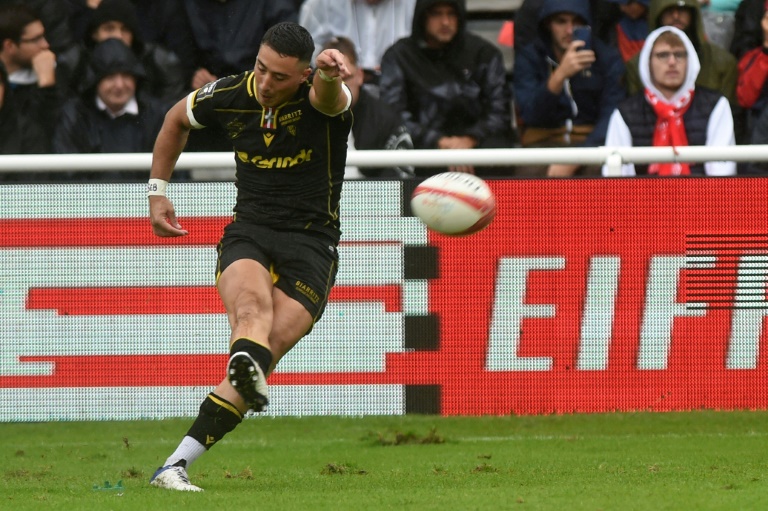 He then popped over another five penalties in the second half as Biarritz took a grip on the match.

Racing did spark on the hour when hooker Camille Chat notched their second try and three minutes from time Baptiste Chouzenoux also plunged over but it was not enough to save Racing from their first defeat of the season.

"We had a great time winning like that and I think the public enjoyed it too," said Biarritz captain Romain Lonca. "I think we deserved it."

They trailed 13-9 at the break but soon took control of the match with Ben Lam and Cameron Woki both touching down shortly after the restart.

Uruguayan scrum-half Santiago Arata burrowed his way through to give Castres hope on the hour although their hopes appeared to be dashed shortly after when South African lock Ryno Pieterse was sent off for a dangerous tackle on Maxime Lucu.

Four minutes from time, however, an ever-cool Urdapilleta stepped up to level the match at 23-23.

The other two early games saw comfortable bonus point wins for Lyon, who ran in seven tries in a 47-3 hammering of Perpignan, and Brive who beat Pau 30-13.

"We had to take them by the throat, impose our rhythm," said Brive's Irish coach Jeremy Davidson.