At least 115,000 health workers have died from COVID: WHO 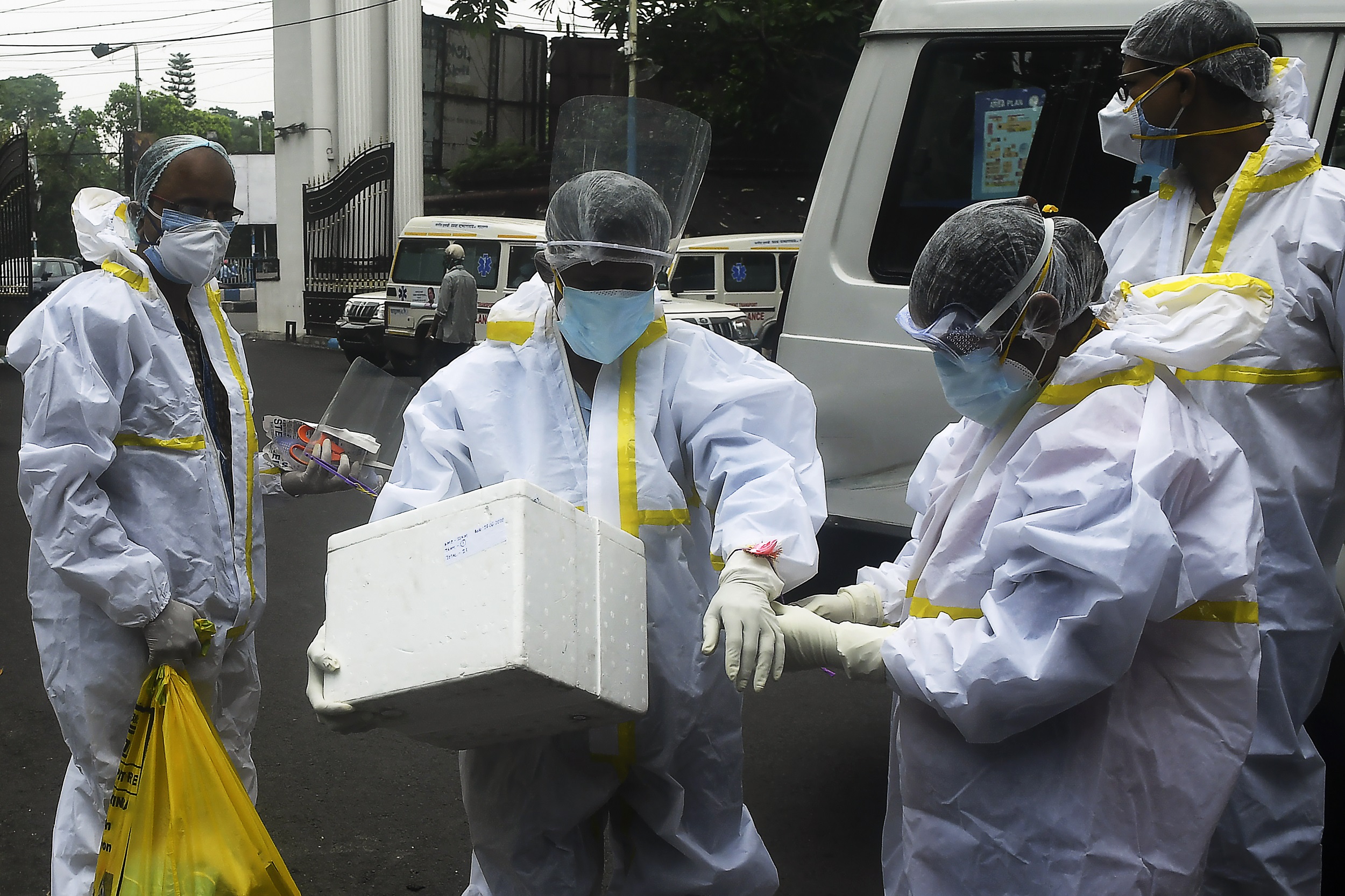 GENEVA - At least 115,000 health and care workers have died from COVID-19 since the beginning of the pandemic, the WHO chief said Monday, calling for a dramatic scale-up of vaccination in all countries.

At the opening of the World Health Organization's main annual assembly, Director-General Tedros Adhanom Ghebreyesus hailed the sacrifices made by health workers around the world to battle the pandemic.

"For almost 18 months, health and care workers all over the world have stood in the breach between life and death," he said.

"They have saved countless lives and fought for others who, despite their best efforts, slipped away.

"Many have themselves become infected, and while reporting is scant, we estimate that at least 115,000 health and care workers have paid the ultimate price in the service of others."

He said many health workers have since the start of the crisis felt "frustrated, helpless and unprotected, with a lack of access to personal protective equipment and vaccines."

And they are not alone. He described the overall inequity in access to vaccines as "scandalous", warning it was "perpetuating the pandemic."

More than 75 percent of all COVID-19 vaccines have gone to just 10 countries.

"The number of doses administered globally so far would have been enough to cover all health workers and older people if they had been distributed equitably," he said.

"There is no diplomatic way to say it: that small group of countries that make and buy the majority of the world's vaccines control the fate of the rest of the world."

He urged those countries that have large stocks of vaccines to share them, and greater cooperation to scale up production and distribution of the jabs.

The WHO and others have created Covax, a global vaccine-sharing programme, but it remains severely underfunded and has faced significant supply shortages, delaying efforts to roll out jabs in poorer countries.

"We have shipped every single one of the 72-million doses we have been able to get our hands on so far to 125 countries and economies," Tedros said.

But he lamented that those doses were only enough to barely cover one percent of the combined populations in those countries.

The WHO chief stressed the need to urgently fix the imbalance.

"Today, I'm calling on member states to support a massive push to vaccinate at least 10 percent of the population of every country by September," he said, calling for the coverage to be expanded to 30 percent by the end of the year.