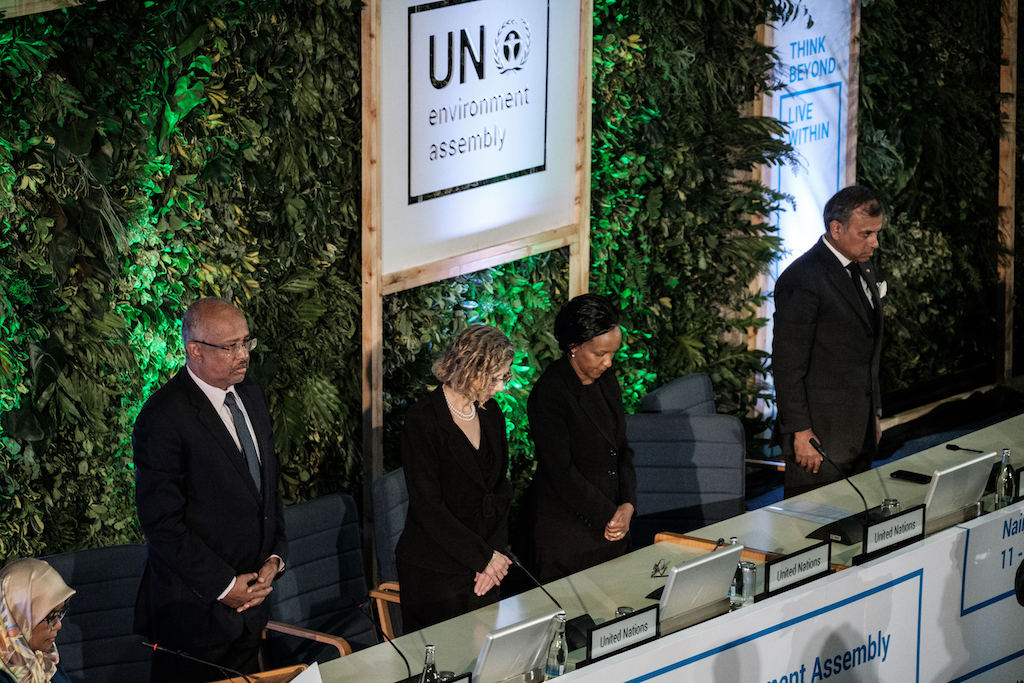 Members have a moment of silence for the victims, including 19 UN workers, of Ethiopia Airline's crash before the 4th UN Environment Assembly at the UN headquarters in Nairobi, Kenya.

NEW YORK - At least 19 people affiliated with the United Nations were among those killed in the crash on Sunday of an Ethiopian Airlines jet near Addis Ababa, according to the UN migration agency chief.

Authorities said all 157 people on board were killed when the Boeing 737 crashed shortly after takeoff from Addis Ababa on a flight to Nairobi, where the UN conference was being held.

"Numerous other staff members from at least five UN and affiliated organisations are understood to have also perished," he said.

Along with the IOM, the World Food Program, UN Refugee Agency, World Bank, UN Environment Agency and others lost colleagues, he said.

Among the IOM staff on the plane was Anne Feigl, who worked for the agency's mission in Sudan.

Meanwhile, World Food Program director David Beasley, who confirmed seven of his staff had died, said: "As we mourn, let us reflect that each of these WFP colleagues were willing to travel and work far from their homes and loved ones to help make the world a better place to live."

In a statement, Geneva-based UN High Commissioner for Refugees, Filippo Grandi, did not confirm the number of colleagues among the dead -- but said his agency had suffered a "huge loss."

A UN source had earlier added that freelance interpreters travelling to a UN conference on the environment might also be among the dead.

Establishing the exact number of UN personnel on the flight was complicated by the fact that some had informed the United Nations of their travel plans while others had not, and not all were using their UN passports to travel, the source said.

UN Secretary-General Antonio Guterres said he was "deeply saddened at the tragic loss of lives."

"He conveys his heartfelt sympathies and solidarity to the victims' families and loved ones, including those of United Nations staff members, as well as sincere condolences to the government and people of Ethiopia," the statement said.

"The United Nations is in contact with the Ethiopian authorities and working closely with them to establish the details of United Nations personnel who lost their lives in this tragedy."