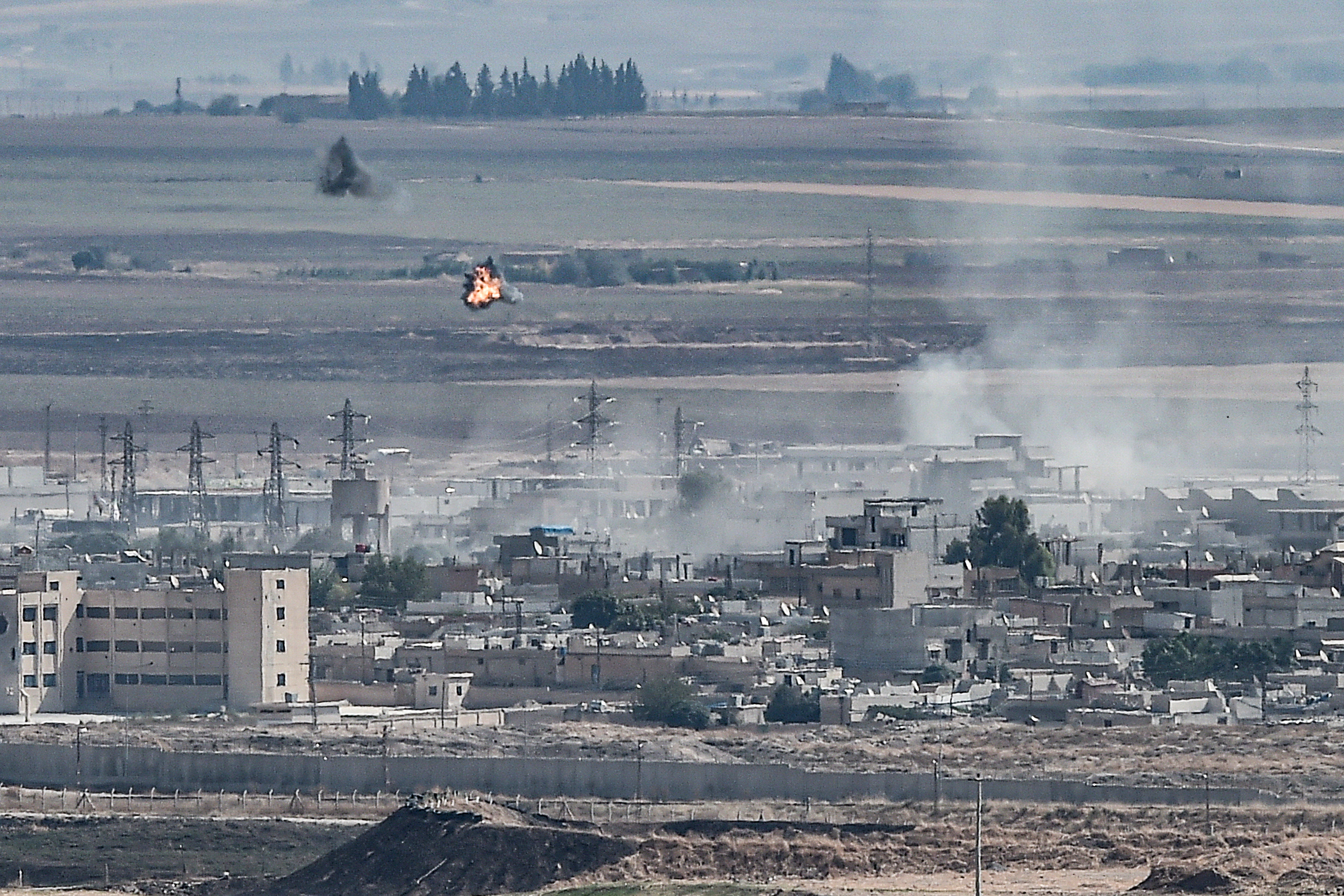 This picture taken on October 13, 2019 from the Turkish city of Ceylanpinar shows smoke rising and explosions in the Syrian border town of Ras al-Ain as fighting rages along the border.

BEIRUT - At least 26 civilians were killed on Sunday in northeastern Syria as Turkey and its proxies stepped up their offensive against Kurdish forces, a war monitor said.

Among the casualties were 10 people killed in a Turkish airstrike that hit a convoy of vehicles carrying civilians and journalists, the Syrian Observatory for Human Rights said.

France 2 television journalist Stephanie Perez wrote on Twitter that she was travelling in the convoy that was hit.

"Our team is safe but colleagues have died," Perez wrote.

The Britain-based Observatory said a journalist had been killed, but it could not immediately confirm the victim's nationality.

The latest toll brought up to at least 60 the number of civilians killed since Wednesday when Turkey and its proxies -- Syrian ex-rebels -- launched a broad cross-border assault.

Another 104 fighters from the Syrian Democratic Forces (SDF) -- the de facto Kurdish army in the region -- have also been killed, according to the Observatory.

The UN says the violence has forced 130,000 people to flee their homes.