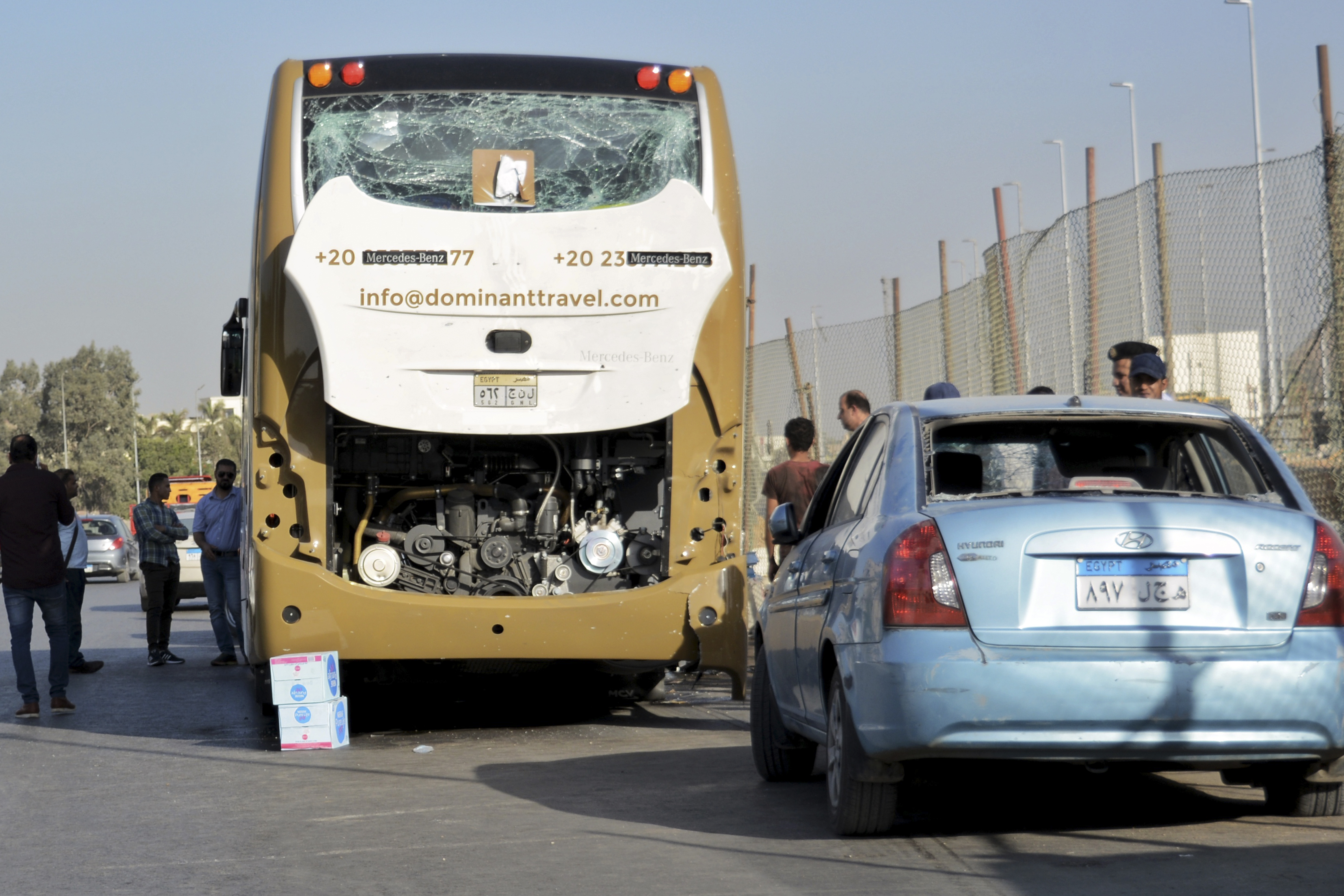 Vehicles damaged during a bomb blast near Egypt's famed Giza pyramids. The roadside bomb went off as the bus was being driven in Giza.

JOHANNESBURG - An explosion targeting a tourists bus injured several people, including South Africans, in Giza just outside Cairo in Egypt.

According to initial reports from Egyptian state media, at least seven South Africans and 10 Egyptians are among the wounded.

South Africa's Ambassador Vusi Mavimbela and his team in Egypt are engaging with the authorities, including visiting hospitals to verify the information and report back to Pretoria.

Security forces and ambulances have rushed to the scene of the blast, close to the Giza pyramids.

Those who seek to verify the whereabouts of their loved ones can call the 24-hour Call Center for any information on 012 351 1000.