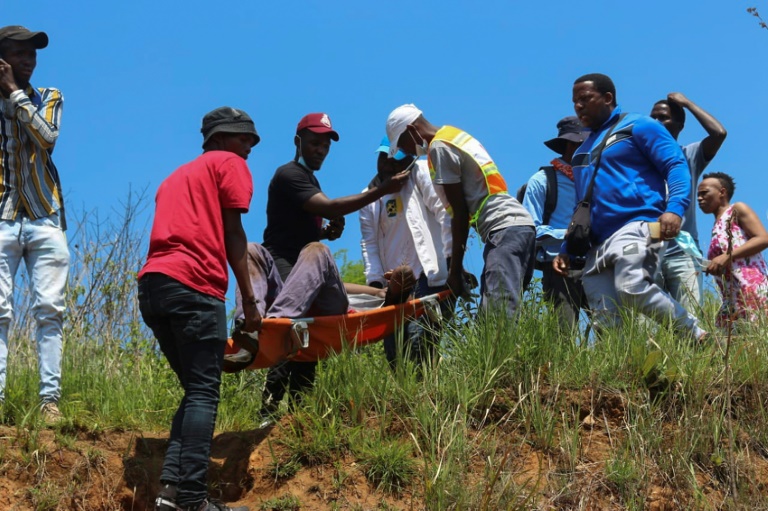 A person who was shot by Swazi police is carried away on a stretcher in Mbabane on October 20, 2021

Civil servants' union NAPSAWU said 50 of its members were taken to hospital in the capital Mbabane, with another 30 hospitalised in the city of Manzini.

Hundreds of soldiers and police began fanning through both cities early in the day, firing teargas at even small gatherings of people and unleashing volleys of rubber bullets, an AFP correspondent saw.

The kingdom - formerly known as Swaziland - again shut down the Internet as images of the violence began circulating on social media. 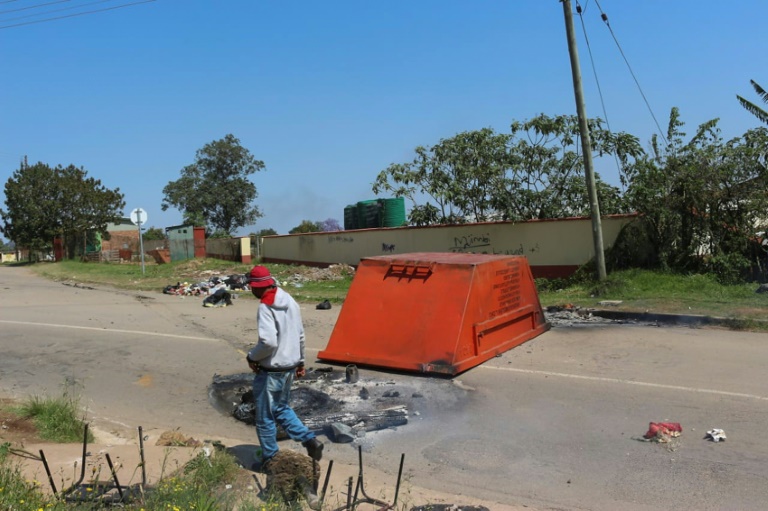 A man passes by a blocked road in the Msunduza towship of Mbabane on October 20, 2021

Union president Oscar Nkambule told AFP that the violence began around 7:00 am (0500 GMT) and accused security forces of firing teargas into a bus carrying protesting workers.

Videos shared online showed people jumping from the windows of a bus enveloped in white gas.

The Internet went offline at noon, as students, transport workers and civil servants extended protests that have ground the tiny nation to a halt for more than two weeks.

"This is a recipe for war," said Wonder Mkhonza, head of the Amalgamated Trade Union of Swaziland. "The king is fighting for a war, he is making the country ungovernable by deploying the armed forces." 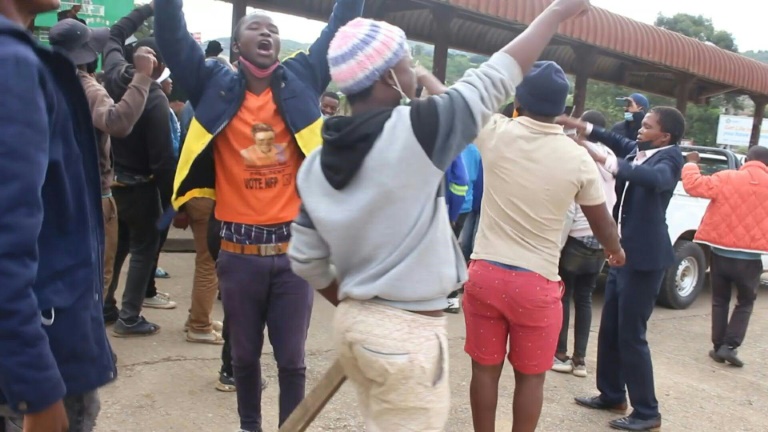 At least 28 people have died this year as police clashed with protesters in some of the worst unrest in the southern African country's history.

The latest fatality was last week.

King Mswati III has ruled this landlocked nation since 1986 and owns shares in all of the country's telecoms.

He is criticised for living a lavish lifestyle in one of the world's poorest countries and is also accused of stifling political parties.