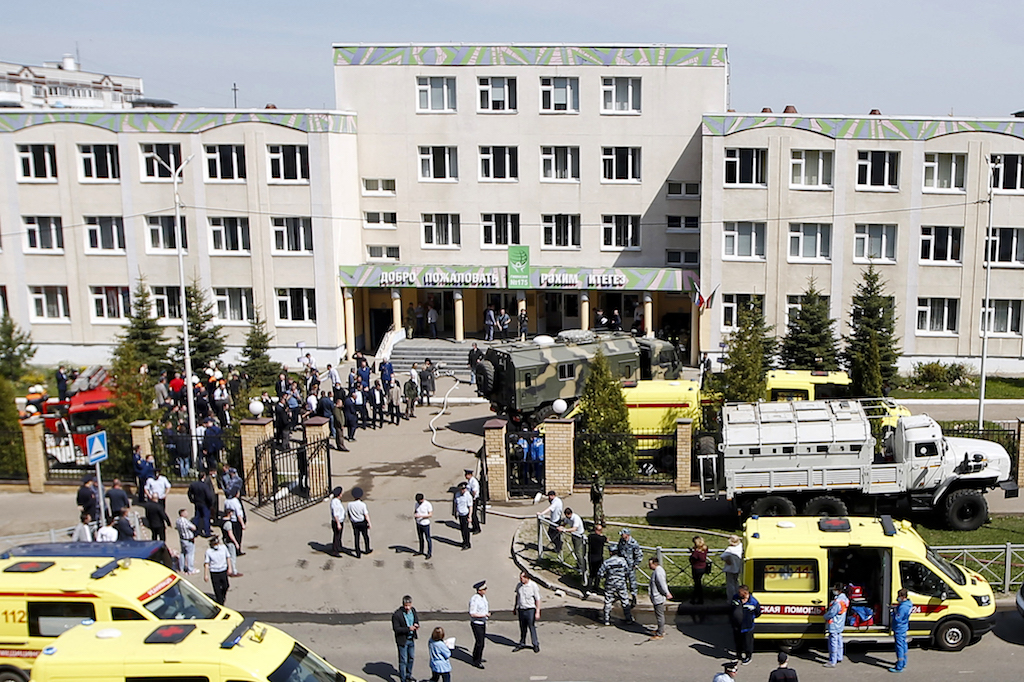 Law enforcement officers and ambulances are seen at the scene of a shooting at School No. 175 in Kazan, the capital of Russia's republic of Tatarstan. AFP/Roman Kruchinin

MOSCOW - At least seven people were killed on Tuesday, most of them children, in a shooting at a high school in the central Russian city of Kazan, officials and news agency reports said.

Officials said at least one gunman had been involved and detained, though there were unconfirmed reports of two attackers including one who had been killed.

A police spokesman said officers were dispatched to School No. 175 in Kazan, the capital of the Russian republic of Tatarstan, after reports of shots being fired.

Amateur footage on social media, apparently filmed from a nearby building, showed people escaping from the school by jumping from second- and third-floor windows, with sounds of gunshots echoing in the schoolyard.

There were initial reports of two shooters, with one reportedly barricaded on the fourth floor of the building and killed, but officials later said a lone attacker had been responsible.

The Investigative Committee, which probes major crimes in Russia, said a local resident born in 2001 had been detained in connection with the attack.

Russian President Vladimir Putin called for a review of gun control laws after the shooting, while the authorities declared a day of mourning for Wednesday.