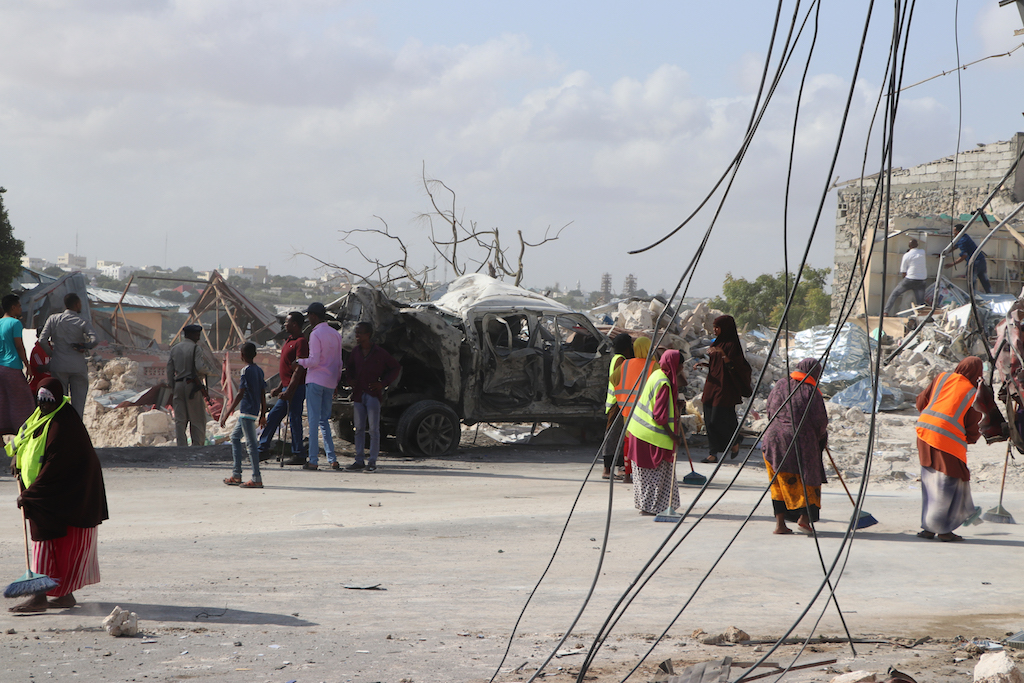 File: Witnesses described scenes of carnage as a car veered out of traffic and detonated outside the main gate of a hotel with tremendous force.

MOGADISHU - Seventeen people were killed and more than two dozen wounded when a car bomb exploded in Mogadishu on Monday, the latest deadly attack on Somalia's capital claimed by Al-Shabaab militants.

The blast, near a security checkpoint on the main road to the international airport, reverberated throughout the city and sent massive plumes of black smoke into the air.

Witnesses described scenes of carnage as a car veered out of traffic and detonated outside the main gate of a hotel with tremendous force.

Medina Hospital, the main trauma facility in the Somali capital, was inundated by the dead and wounded.

"The bodies of 17 people killed in the blast were taken to the hospital mortuary while 28 others were admitted for various wounds," said Mohamed Yusuf, the hospital's director.

Al-Shabaab, an Al-Qaeda-affiliated militant group waging a deadly insurgency in Somalia, claimed responsibility for the bombing.

"The martyrdom operation was carried out using a vehicle loaded with explosives which targeted a checkpoint along the airport road," the group said in a brief statement.

The attack comes just over a week after 26 people were killed and 56 injured in a 12-hour attack by Al-Shabaab jihadists on a popular hotel in the southern Somali port city of Kismayo.