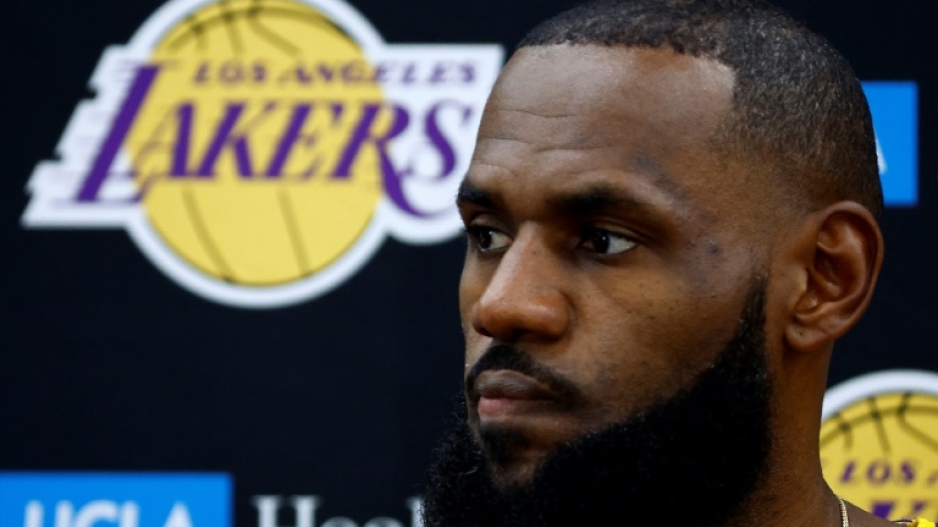 NEW YORK - Los Angeles Lakers star LeBron James said Monday staying injury free will be his priority as he prepares for a 20th season in the NBA which could see him break Kareem Abdul-Jabbar's all-time scoring record.

The 37-year-old heads into the campaign determined to lead the Lakers back to the playoffs after a dismal 2021-2022 season that saw the franchise's hopes torpedoed by a combination of injuries and poor form.

James, who played just 56 times last season, told reporters at the Lakers media day maintaining fitness would be his focus this season.

"Obviously some injuries you can't control, but that's my whole mindset. For me as one of the leaders of the team, availability is the most important thing in this league - to be available on the floor."

James moved into second place in the NBA's regular season points scoring standings in March, overtaking Karl Malone during a game against the Washington Wizards.

He enters the 2022-2023 season 1,325 points behind all-time regular season points leader Abdul-Jabbar – meaning that if he maintains his average points per game totals, the record should fall this season.

James said however that he does not obsess about surpassing Lakers legend Abdul-Jabbar's record.

James 'in awe' of record

"The only time I've thought about it is when someone's posted something on my social media and I've been scrolling through my feed and I see it," James said.

"And every single time I'm kind of in awe of it, like 'Wow'.

"I've never played my career thinking about records, just making sure I'm in the best shape possible going into the season and being available.

"But to sit here knowing I'm on the verge of breaking the most sought-after record in the NBA, is super humbling for myself and super cool

"To be able to be in the same breath as (Abdul Jabbar) who wore this same uniform and was a staple of this franchise, it's super-duper dope to be in that conversation.

"I'm not going to put too much pressure on (the record) throughout the season. But it's a historical moment when it gets there, and as long as my family and friends are there to see it, that's the most important thing."

"We've had multiple conversations, not only about the game of basketball but things off the floor as well. I think it was well overdue for him to be a head coach.

"I'm happy to be part of his journey and try to do some special things."

James, who last month inked a two-year contract extension with the Lakers, added that he remained firmly committed to the franchise that he joined in 2018.

"I came here because I believed in the franchise and I'm still here. It's literally that simple," James said.

"I'm committed to the franchise as long as my contract is here. I look forward to get going tomorrow."