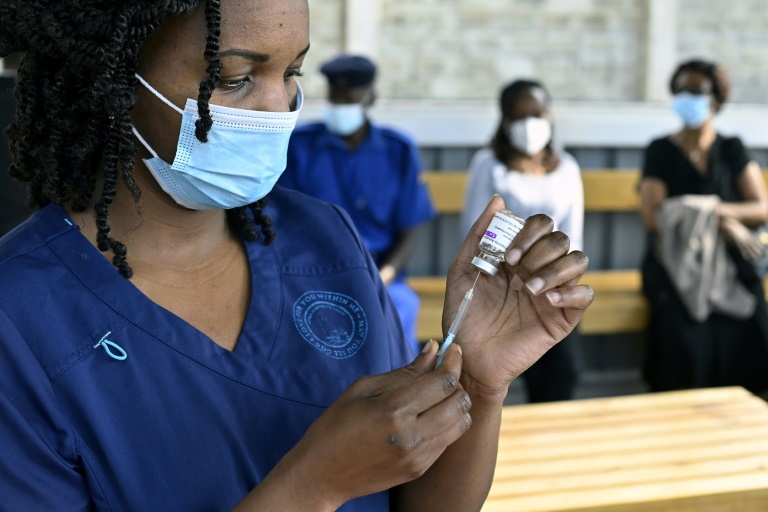 Africa is facing a resurgence of COVID-19 as it lags in the global vaccination drive. AFP/Simon Maina

JOHANNESBURG - A task team appointed by the president is looking at the possibility of mandatory vaccination.

Some organisations including Afriforum, Solidarity and the ACDP, say they will legally challenge the move.

While a task team, appointed by President Cyril Ramaphosa takes a closer look at mandatory vaccinations, legal challenges are also being prepared.

Public lawyer, Mike Evans, who provided advice on lockdown regulations says any challenge against the proposed mandate is highly unlikely to succeed.

Evans said, "the right to bodily and psychological integrity, the right to freedom of religion, conscience and belief, those are the two main ones that we see being raised as reasons why you cannot make them mandatory before you enter public places. Now, I’ve dealt with constitutional law over many many years, I’m extremely confident that those cases will fail."

Some companies have started implementing vaccine mandates, and according an employment law expert, mandatory vaccination is unquestionable in the workplace.

Shepstone and Wylie Attorneys' Verlie Oosthuizen said, "allowing people to be unvaccinated may pose a great health risk as we’ve seen with the way this virus spreads."

"So if people are allowed to be unvaccinated, it may be that health and safety is compromised and the an employer is going against that mandate."

The legal experts say the general public have the right to refuse vaccination, but exclusion from public life may compel them to get jabbed.