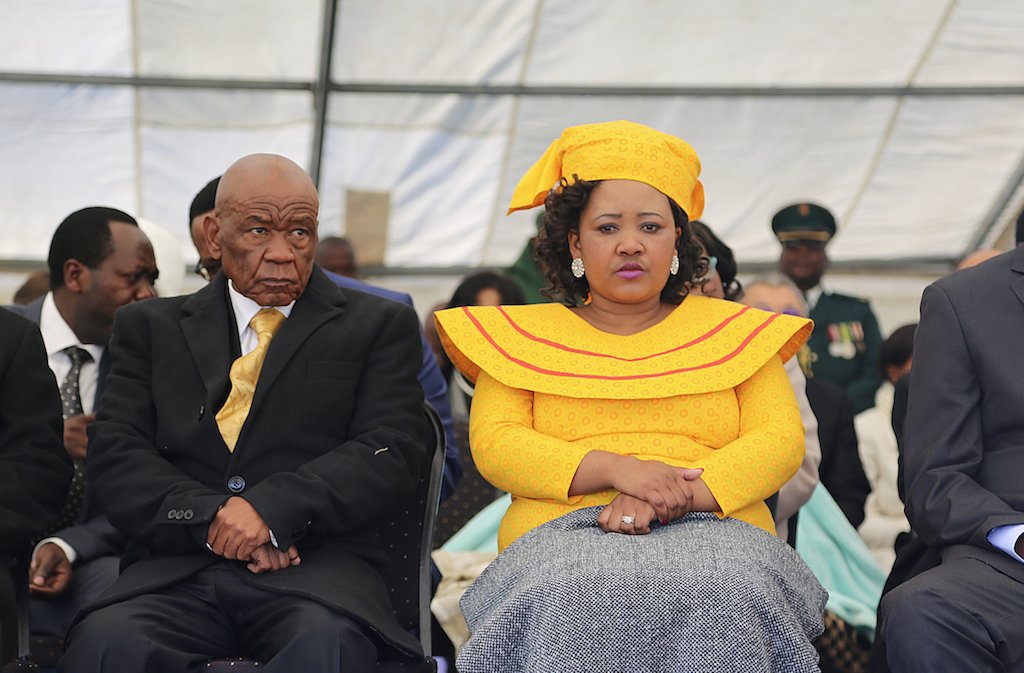 File: Lesotho police allege Maesaiah Thabane (pictured) returned to custody on Wednesday after a court revoked bail that she had been controversially given over the murder of her husband's estranged wife.

LESOTHO - Lesotho's former first lady, Maesaiah Thabane, returned to custody on Wednesday after a court revoked bail that she had been controversially given over the murder of her husband's estranged wife.

The 43-year-old was charged with murder in February after police quizzed her on the brutal killing of former Prime Minister Thomas Thabane's wife two days before his inauguration.

But on Friday the country's Court of Appeal cancelled that bail.

Police failed to re-arrest her immediately because she was out of country accompanying her octogenarian husband, who was seeking medical attention in neighbouring South Africa.

READ: New Lesotho PM to be sworn in

On Wednesday she arrived at the magistrate court in Maseru under the escort of armed police officers.

Magistrate Thamae Thamae told her she would be taken to the female correctional facility in fulfilment of the appeals court judgement.

"The decision of the High Court to grant you bail has been set aside by the Court of Appeal," said the magistrate.

"You will remain in the correctional facility. You will report back on 16 June 2020 to find out the progress of your case."

Police officers immediately whisked her away.

She came to court sporting a black-and-olive-green coloured tracksuit, a knee-length winter coat, sneakers and headscarf. She had donned an anti-coronavirus mask to cover her face, but her slumped posture suggested unhappiness for someone known for self-confidence.

Maesaiah Thabane is suspected of orchestrating the shooting of Lipolelo Thabane, who was gunned down outside her home in the capital Maseru.

Police have also charged her for the attempted murder of Lipolelo Thabane's friend Thato Sibolla, who was wounded at the scene.

Lipolelo and Thomas Thabane, now 81, had been embroiled in bitter divorce proceedings when the 58-year-old was killed.

The former premier agreed to step down in January after police linked his mobile number to communication records from the crime scene.

He resigned officially this month, bowing to pressure from his rivals who accused him of hampering investigations into Lipolelo's death.

Thabane has denied any involvement in the murder.

His wife initially went into hiding after police first called her in to testify in January.

She has not yet been asked to respond to the charges