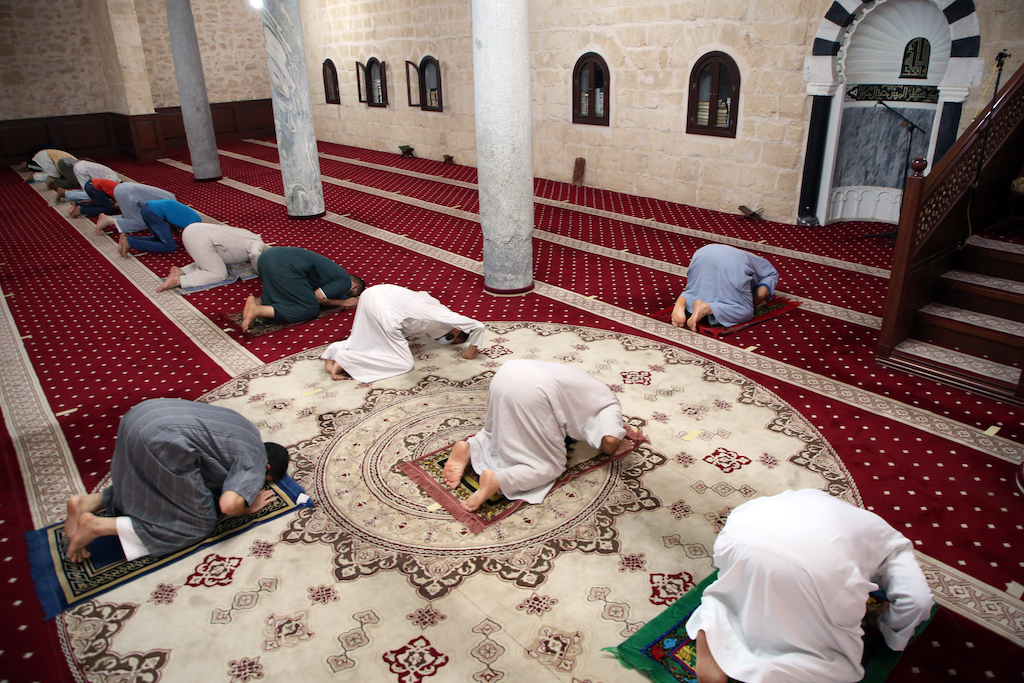 Mask-clad Libyan Muslim worshippers perform the dusk prayers at the Murad Agha Mosque in the city of Tajura, southeast of the capital Tripoli, following the easing of restrictions by the authorities, that had been imposed in a bid to stem the spread of the coronavirus, on October 9, 2020.

TRIPOLI - Mosques reopened in and around the Libyan capital Friday almost seven months after they were ordered to close as part of strict curbs to rein in the COVID-19 pandemic.

Libya, ravaged by a complex web of conflicts since the ouster of longtime dictator Moamer Kadhafi in a 2011 uprising, has seen a surge in contaminations since its first coronavirus case in March.

According to the latest official figures, there have been more than 41,000 confirmed cases of the virus and 621 deaths in Libya, a country of less than seven million people.

The UN-recognised Government of National Accord based in the capital Tripoli authorised the reopening of mosques, but with conditions.

Mosques in Tripoli and nearby towns reopened for prayers, with the faithful wearing face masks and observing social distancing.

They also brought their own rugs.

The imam of Jaafar bin Abi Talib mosque in the western suburb of Janzour told AFP an "awareness" campaign was launched ahead of the reopening.

"We distributed leaflets explaining the conditions under which prayers can resume in the mosques in line with the government's guidelines," Abdel Monem al-Rayani said.

The guidelines restrict numbers in mosques for prayers to half pre-coronavirus levels, he said.

READ: WHO calls on Europe to act decisively to stop infections

Mosques which fail to comply with government restrictions would be shut.

The closure of mosques was ordered nationwide when the first cases of coronavirus emerged in mid-March, although in some towns and districts the ban was ignored.

The call to prayers still rang out but with the faithful urged to "pray at home".