Resident of Libya's western town of Bani Walid still honour the dead dictator Moamer Kadhafi, with billboards of the strongman in his memory

TRIPOLI - A huge portrait of Moamer Kadhafi marks the entrance of Bani Walid: 10 chaotic years since the Libyan dictator's death, residents of the desert town still hanker for his rule.

"Moamer Kadhafi is a symbol," said resident Mohamed Dairi, in his fifties.

"We will always support him."

Unfinished concrete buildings litter the town of some 100,000 people on the edge of the Sahara desert, many of them scarred by bullets and mortar rounds fired during over a decade of conflict.

Rebels killed Kadhafi in his hometown of Sirte on October 20, 2011, months into the NATO-backed rebellion that ended his four-decade rule.

Residents of Bani Walid, a stronghold of the Warfala tribe - the country's biggest and a key pillar of Kadhafi's rule - had backed him to the bitter end.

Many fighters from the town were killed, with more dying in further battles when rival militia groups attacked.

Today, dusty wind whips through the town centre, where a decommissioned tank overlooks a dried-up fountain and a board bearing pictures of "martyrs" hangs above a pile of mortar shells.

"Moamer will stay in our hearts forever," one resident told AFP. 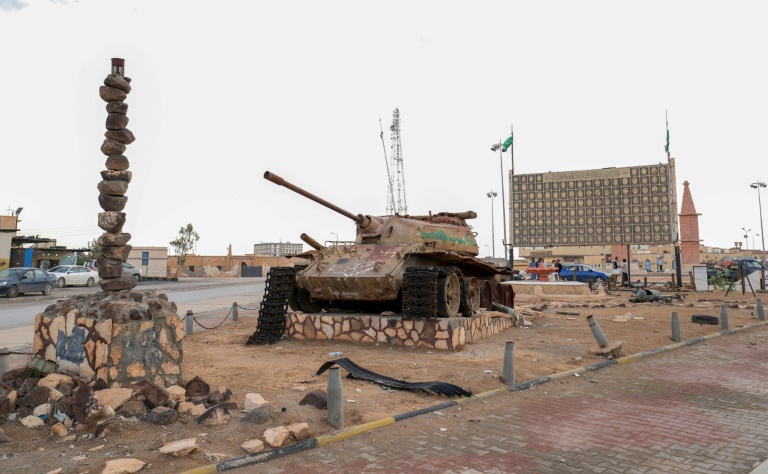 A war memorial in Bani Walid, a stronghold of the Warfala tribe -- the country's biggest and a key pillar of Kadhafi's rule -- who backed him to the bitter end

Bani Walid lies in an oasis some 170 kilometres southeast of Libya's capital Tripoli.

An imposing government building has been reduced to a battle-scarred shell, but the green flags of Kadhafi's era still flutter in the desert wind.

The red, black and green flag of the pre-Kadhafi years, adopted again by rebels in 2011, is nowhere to be seen.

Residents are open about their nostalgia for his rule.

"Before 2011, Libyans were the masters of their destiny. Since then we've seen 10 years of injustice, bombing, killing and kidnapping," said Mohammad Abi Hamra, who wore a wristwatch bearing Kadhafi's face.

"Revolution is meant to bring change for the better. But what has happened since 2011 hasn't been a real revolution, it has been a conspiracy against Libya," he said.

The 10th anniversary of Kadhafi's death comes as the country prepares for December elections, part of a United Nations-led peace process that some hope will help start a new, more peaceful chapter in Libya's history. 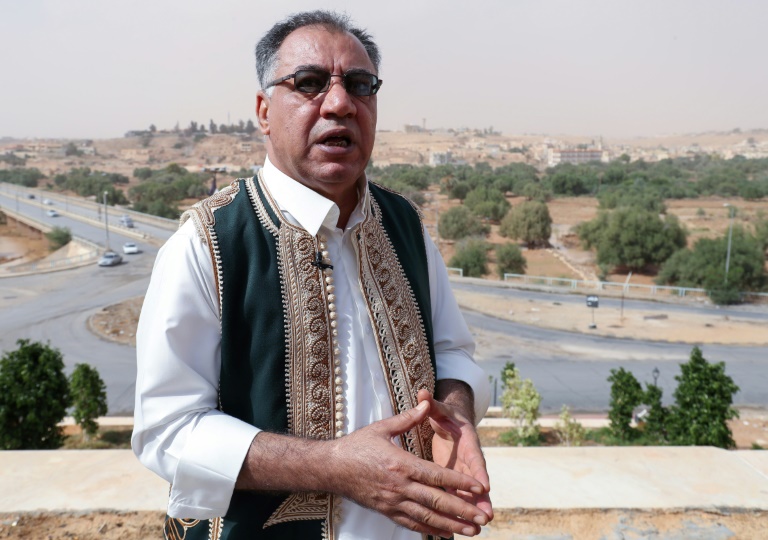 Mohamed Dairi remains a loyal follower of Libyan dictator Moamer Kadhafi a decade after his death, saying that "we will always support him"

But many in Bani Walid are sceptical, seeing more hope in the old regime than in the country's current political forces.

"The reason this town is so attached to the former regime is that the 2011 revolution brought nothing but wars, catastrophe, division of the country and violations of its sovereignty," said engineer Fethi al-Ahmar.

"We still cling to the past because back then we had security, which is the main thing that's missing in Libya today."

"Kadhafi wasn't a dictator, but the guardian of the citizenry," he said.

For Abouhriba, the state of the country's economy -- wracked by inflation and conflict -- is more stark evidence that life was better under Kadhafi.

He said Bani Walid's attachment to the former leader stretches to his son Seif al-Islam, whose face appears on posters on the walls of town.

In July, Seif al-Islam gave a rare interview to the New York Times in which he suggested he may run for president.

"How can we support new political parties that have built nothing since 2011?" Abouhriba asked.

"We remain loyal to Kadhafi and to his son Seif al-Islam."