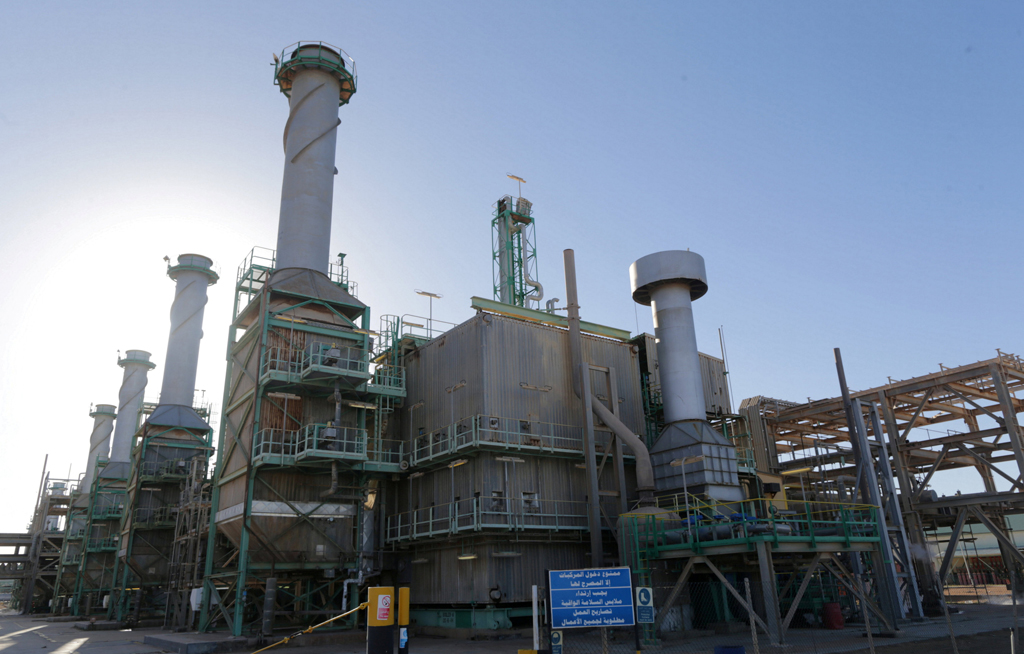 Pipelines are seen at the industrial zone at the oil port of Ras Lanuf, Libya January 11, 2017.

TRIPOLI - Libya's National Oil Company has warned that any bid to tamper with the sector could escalate unrest in the conflict-hit country after the parliamentary speaker called for a halt to production.

In a statement issued late Saturday, NOC said it "is concerned by recent calls for the shutdown of national oil production".

Libya has been wracked by conflict since the 2011 uprising that ousted and killed dictator Moamer Kadhafi, with rival administrations vying for power and to control its oil wealth.

The conflict has been exacerbated since April when commander Khalifa Haftar, who is based in the east of the country where most oil fields are located, launched an offensive against the capital Tripoli.

The city is the seat of the internationally recognised Government of National Accord (GNA), while the elected parliament which supports Haftar is based in eastern Libya.

The country's oil company, which is headquartered in Tripoli, has repeatedly insisted on its neutral status and refused to be drawn into the conflict.

"This crucial source of income to the state, vital to all Libyans, must remain de-politicised and uninterrupted," NOC said on Saturday.

But it also called for "economic transparency -- including the equitable distribution of oil revenues nationally -- to be embraced by all parties as an integral element of Libya's future stability, and any lasting political settlement".

Libya's oil revenues are managed by the country's central bank, which is also based in Tripoli.

Both Haftar and the eastern parliament have repeatedly said that oil revenues are not evenly distributed and accuse the GNA of using the funds to finance its militias.

Last month UN envoy Ghassan Salame said that Libya -- which produces more than a million barrels of oil a day -- was "committing suicide" and plundering its oil wealth to pay for the war.

On Saturday he met Haftar to discuss the Tripoli offensive and ways to "accelerate the transition towards reaching a political solution" in the country, the United Nations said.