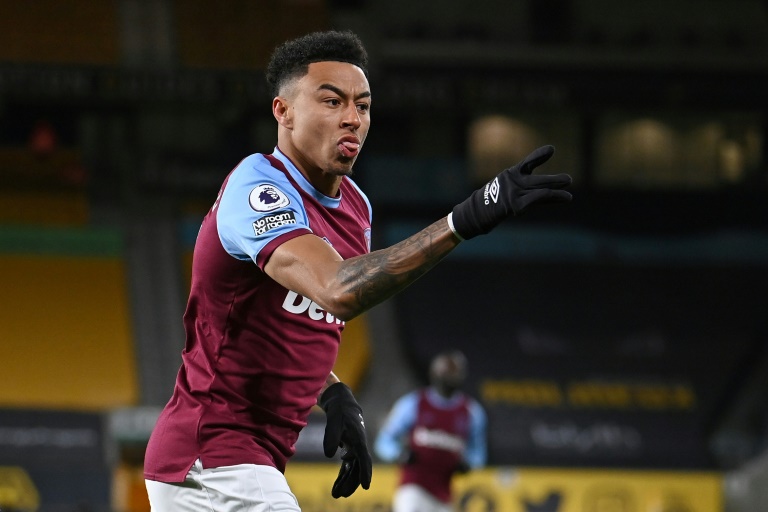 LONDON - Jesse Lingard inspired West Ham to a thrilling 3-2 win at Wolves to move fourth in the Premier League on Monday, as Everton's hopes of a top-four finish were dented in a 1-1 draw against Crystal Palace.

Lingard's stunning form since joining the Hammers on loan from Manchester United in January saw him earn a recall by England manager Gareth Southgate last month.

The midfielder further bolstered his case for inclusion in Southgate's squad for Euro 2020 as he ran from inside his own half to slot home his sixth goal in eight West Ham appearances after just six minutes.

Lingard then turned creator for his side's other two goals as the visitors surged into a 3-0 lead inside 38 minutes.

His cute flick when penned in at the corner flag teed up Arthur Masuaku to cross for Pablo Fornals to double the Hammers' lead.

Lingard then surged beyond four weak Wolves challenges to free Jarrod Bowen, who fired in at Rui Patricio's near post.

West Ham move a point ahead of Chelsea in a tight battle for a place in the Champions League next season.

Tottenham and Liverpool are just three points behind Moyes's men with eight games to play.

"We have to take it on. I'm hearing people talking about West Ham with a chance of playing in the Champions League," added Moyes.

"Nobody would have envisaged that last season. All those big teams up there going for fourth, we are going to try to compete with them all the way to the end."

West Ham let a three-goal lead slip in their last outing as Arsenal battled back to draw 3-3 at the London Stadium two weeks ago and they nearly made the same mistake.

Substitute Fabio Silva then found the far corner 22 minutes from time to set up a grandstand finish.

This time the Hammers held out, but their top-four challenge could be impacted by a couple of significant injuries.

Declan Rice missed his first Premier League game of the season with a knee injury that is expected to keep the England midfielder out for a month and Michail Antonio limped off in the first-half with a hamstring problem. 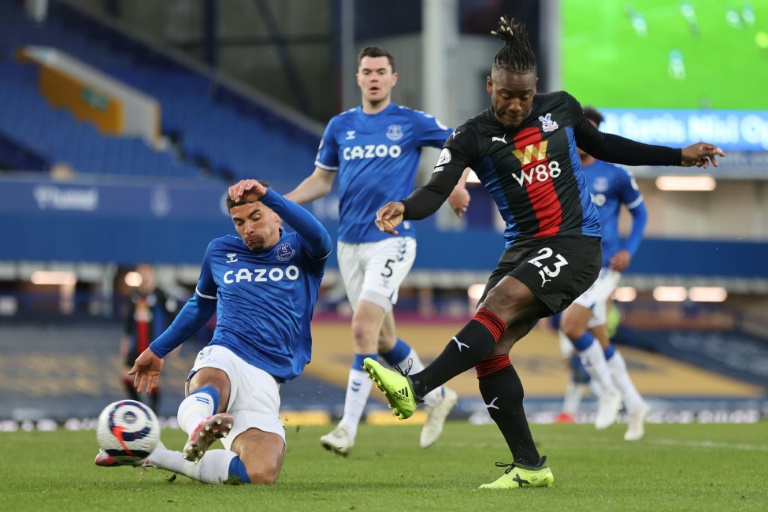 Everton missed the chance to also move within three points of four, with a game in hand to come, as Michy Batshuayi's 86th minute equaliser salvaged a point for the Eagles at Goodison Park.

The Toffees were made to rue a string of missed chances either side of James Rodriguez's opener.

“The reason was we were not able to kill the game when we had the opportunity,” said Everton boss Carlo Ancelotti.

"When you deserve to win, you have to win. We have to be more focused to avoid these kinds of situations.”

Rodriguez broke the deadlock 11 minutes into the second-half when he fired home Seamus Coleman's cut-back for his 100th goal in European football.

Dominic Calvert-Lewin and Richarlison were denied by Vicente Guaita with the chance to seal the points.

And that proved costly as Everton ultimately dropped points for the seventh time in eight home games.

Batshuayi had only been on the pitch two minutes when he latched onto Jeffrey Schlupp's through ball to fire low beyond Robin Olsen.

Palace remain in 12th, but look safe for another season in the top flight as they edge 11 points clear of the relegation zone.