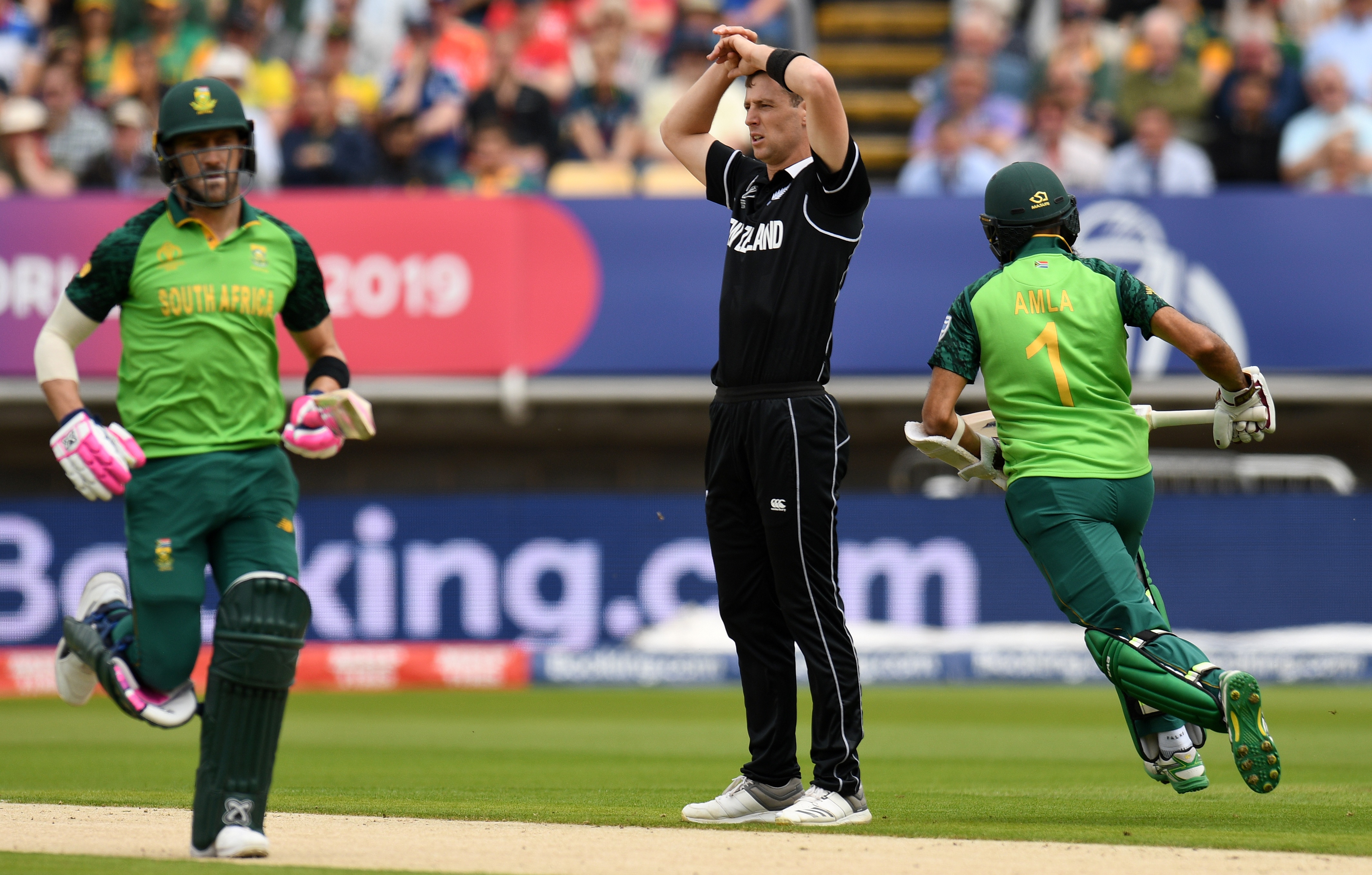 BIRMINGHAM - New Zealand captain Kane Williamson won the toss and chose to bowl in a World Cup match against South Africa in Birmingham on Wednesday.

"We are going to have a bowl, potentially a bit of weather and we will try and make in-roads with the ball," said Williamson, whose side were unchanged.

"We have come off an extended break so it's nice to be able to play the same side."

South Africa, who brought in paceman Lungi Ngidi for Beuran Hendricks, must win the game if they are to stand a realistic chance of reaching the semi-finals after finally recording their first victory of the tournament, against Afghanistan.

Despite that nine-wicket victory, Faf du Plessis's side are still languishing in eighth spot in the 10-team table after five games, with the top four qualifying for next month's semis.

After Wednesday's game, they will face Pakistan, Sri Lanka and Australia.

"The water, and the rain, meant we would have bowled first but it looks a good surface," said Du Plessis.

"New Zealand are a good team playing good cricket and we have to be at our best to get a result.

"The last game was good. We had real intensity as a team against Afghanistan, which was great to see.

"We've got Lungi Ngidi back today.

He's been a top bowler for us in the last few years."

New Zealand are flying high and a fourth win would lift the 2015 finalists to the top of the table ahead of matches against West Indies, Pakistan, Australia and hosts England.

Wet weather has caused major disruption at the World Cup, with four no results in which teams shared a point each.