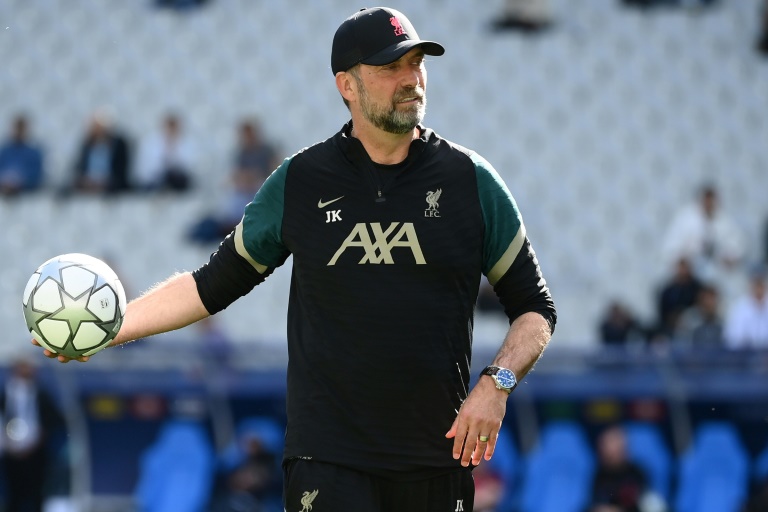 Liverpool players on the pitch at the Stade de France on Friday ahead of the Champions League final against Real Madrid. AFP/Paul Ellis

PARIS - Liverpool and Real Madrid meet in the Champions League final for the second time in five years in Paris on Saturday, with Jurgen Klopp's side aiming to end the season with a trophy treble while the Spanish giants will look to Karim Benzema to inspire them to a 14th European Cup victory.

A crowd of 80,000 will be inside the Stade de France for the final, which kicks off at 9pm in Paris, including around 20,000 supporters of each side who have officially got their hands on precious tickets for the game.

The final promises to be a fitting climax to the European season, with Liverpool looking to win a second Champions League in four seasons since losing 3-1 to Real in Kyiv in 2018, when Mohamed Salah went off injured in the first half and Gareth Bale scored twice for the Spaniards.

Victory would round off a campaign in which Liverpool won the English League Cup and FA Cup, and finished just a point behind champions Manchester City in the Premier League.

"If you are a football person you know what my boys did so far this season was exceptional," Klopp said on Friday.

"But we all know you are judged by the colour of the medal after a game.

"I'm more than happy and proud of what we did so far, it's really special. I will feel better if we win the game and that's all that I am concerned about," added Klopp, who has been boosted by the news that midfield duo Fabinho and Thiago Alcantara are fit to play.

The Anfield club can win their seventh European Cup, a tally that would see them go level with AC Milan and leave only Real with more victories.

Indeed Madrid are looking to win their fifth Champions League in nine seasons and, ominously, have won on all of their last seven final appearances. 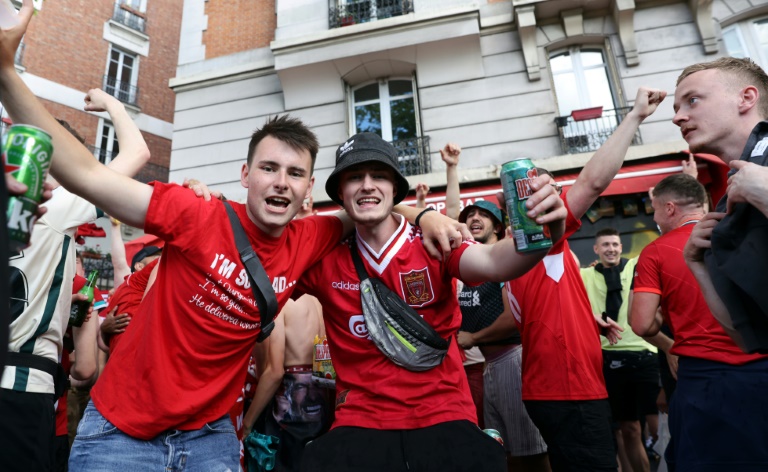 While Liverpool saw off Inter Milan, Benfica and Villarreal in the knockout rounds, Carlo Ancelotti's Real produced a series of memorable comebacks to beat Paris Saint-Germain, Chelsea and then Manchester City.

"It is a great success for all of us to be here. We know very well the demands at this club, the history, but for us to get here is huge," said Ancelotti, who last year was in charge of Liverpool's local rivals Everton.

"We are convinced that the season has already been very, very good but now we are very close to getting the big one."

Liverpool look to have the stronger side on paper, with Alisson in goal, Virgil van Dijk marshalling their defence and Salah and Sadio Mane leading their attack.

Yet Real are pinning their hopes on Karim Benzema, the 34-year-old Frenchman who has 15 goals in the competition this season.

He has scored 44 times altogether this season to lead Real to the Spanish title and is the favourite to win the Ballon d'Or. 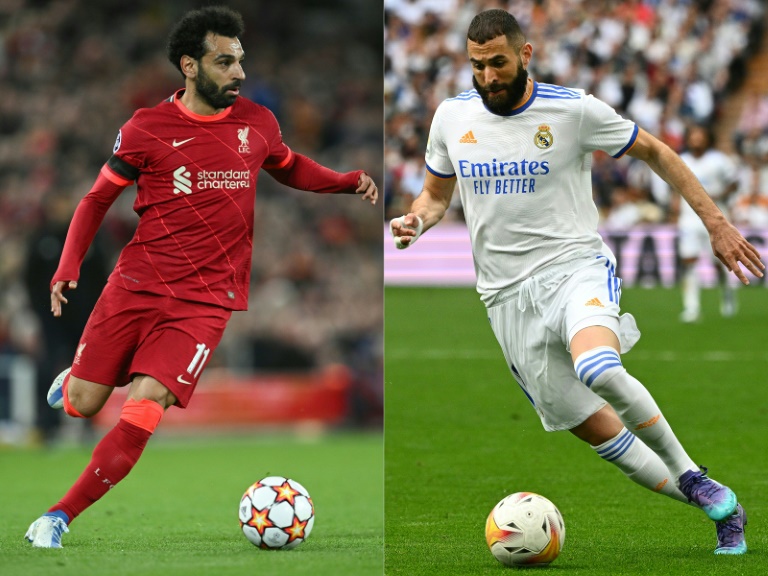 "He is for sure one of the best players in the world, probably the best forward in the world, and I'm sure the most underestimated player maybe in history," UEFA president Aleksander Ceferin told AFP on Friday when asked about Benzema.

"He has more personality and leadership on and off the field now but what has not changed is his quality and he remains as humble as ever," said Ancelotti, who won the 2014 Champions League with Real in his first spell as coach.

Ancelotti can become the first coach to win the Champions League four times, having also triumphed with AC Milan in 2003 and 2007 -- he is currently level on three wins with Zinedine Zidane and Bob Paisley.

This will be the third final between the clubs, who also met in Paris in 1981, when the English side triumphed thanks to Alan Kennedy's goal at the Parc des Princes. 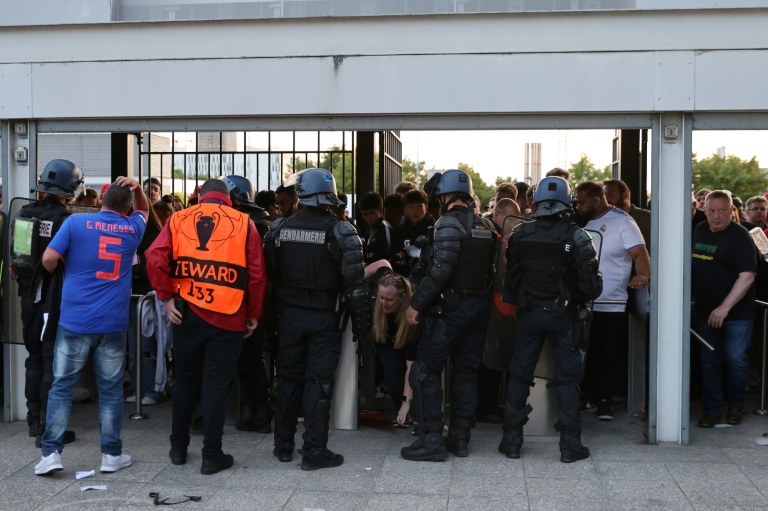 Around 40,000 Liverpool fans without tickets for the Champions League final are expected in Paris this weekend

This final -- which will be refereed by Frenchman Clement Turpin -- is only being played in Paris after Saint-Petersburg was stripped of the game following Russia's invasion of Ukraine.

There is some concern about the new pitch at the Stade de France which was only laid this week after the venue was used for a concert last weekend -- Klopp suggested playing on a brand new surface was "obviously not the best news".

Around 40,000 Liverpool fans without tickets for the game are also expected to be in Paris, while around seven thousand police will be on duty as part of a massive security operation.