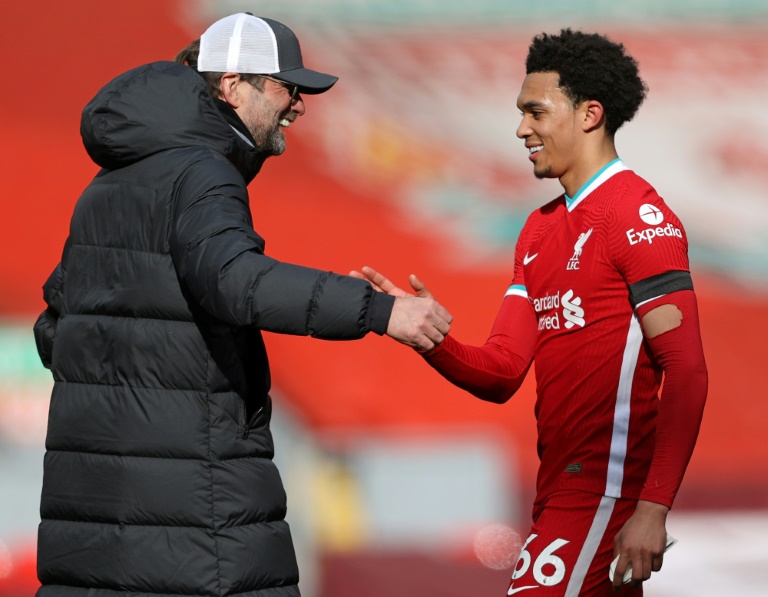 The English champions had lost their previous six games at Anfield and fell behind again when Alisson Becker failed to keep out Ollie Watkins's first-half strike.

Liverpool were then controversially denied an equaliser as a dubious VAR review ruled out Roberto Firmino's reply.

But Mohamed Salah levelled just before the hour mark before Alexander-Arnold responded in style to the criticism he has received of late.

The right-back was dropped from England manager Gareth Southgate's squad last month and was at fault for Real Madrid's second goal as Liverpool lost the first leg of their Champions League quarter-final against the Spanish giants 3-1 on Tuesday.

Alexander-Arnold's attacking output has been a prominent part of Liverpool's success in the last three seasons under Jurgen Klopp and the 22-year-old showed what he can do with a brilliant finish to curl the ball into the far corner.

Victory takes Liverpool back into pole position for a place in next season's Champions League as they leapfrog West Ham, Chelsea and Tottenham.