The Zondo Commission of Inquiry into state capture resumes on Tuesday.

Editor's note: This livestream has ended, You may watch the recording above.

Venter testified how Watson paid money from his personal account to that of President Cyril Ramaphosa's son, Andile as well as legal fees of Hlaudi Motsoeneng.

The inquiry was postponed on Monday because of a lack of cooperation by the Free State government.

But Thugwana's legal team said it was having trouble getting further information from government.

Former Bosasa COO, Angelo Agrizzi is also expected to be back at the Zondo commission this week.

In his explosive testimony at the inquiry, Agrizzi named beneficiaries of bribes including journalists and politicians.

Bosasa, now known as African Global Operations won its voluntary liquidation case after it backtracked on its decision to file for liquation.

END_OF_DOCUMENT_TOKEN_TO_BE_REPLACED 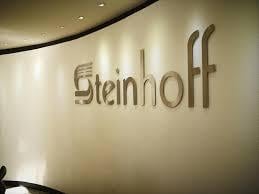