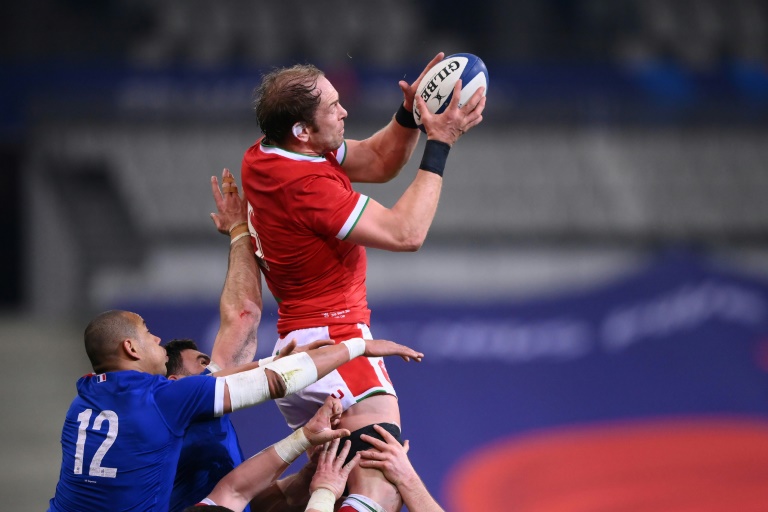 PRETORIA - Alun Wyn Jones will captain the British and Irish Lions in the first Test against South Africa at the Cape Town Stadium on Saturday after a remarkably quick recovery from a shoulder injury.

The Wales lock and the most capped player in the sport's history, who only arrived in South Africa last Tuesday after recovering from the injury, will lead a team which contains several surprises.

He suffered a dislocated shoulder in a pre-departure match against Japan and was ruled out of the tour.

But he proved his fitness while training in Wales and flew to South Africa in time to make a 26-minute appearance off the bench against the Stormers.

"In my four tours as a Lions coach, this was by far the hardest Test selection I have been involved in," coach Warren Gatland said on Wednesday.

"We know what we're coming up against on Saturday. It's going to be an arm wrestle, there's no doubt about it. We'll need to front up physically and be ready to go from the first whistle.

"When we played South Africa 'A' last week we probably took a bit too long to get into the game, something we can't afford to do again this weekend.

"We need to make sure we play in the right areas of the field, not give them easy territory, and take our chances."

Scotland scrum-half Ali Price was selected ahead of Ireland's Conor Murray, who was named tour skipper when Jones was initially ruled out.

Murray, who started in all three Tests on the 2017 Lions tour of New Zealand, arrived in South Africa as favourite to wear the number nine jersey but Price has impressed on tour.

Price will partner Wales fly-half Dan Biggar in what is likely to be a crucial pairing.

Cowan-Dickie probably sealed his place with a man-of-the-match performance in last Saturday's win against the Stormers. He will scrum down in the front row with Wales' Wyn Jones and Ireland's Tadhg Furlong.

With South Africa having picked two relatively inexperienced prop forwards in Trevor Nyakane and Ox Nche in their starting team, the Lions will be looking to impose themselves in the scrums.

Alan Wyn Jones will be partnered at lock by England's Maro Itoje in a repeat of the pairing that did duty for the Lions in New Zealand four years ago.

Ireland's Jack Conan edged out Taulupe Faletau at No. 8 in another selection seemingly based on tour form, with England pair Tom Curry and the towering Courtney Lawes completing the loose forward trio.

Scotland full-back Stuart Hogg, on his third Lions tour, will win his first Test cap in the red jersey.

Elliot Daly and Robbie Henshaw will be the centres.

Ireland's Henshaw was preferred to England's Owen Farrell at inside centre despite playing for less than an hour against the Stormers in his only appearance on tour after recovering from a hamstring injury.