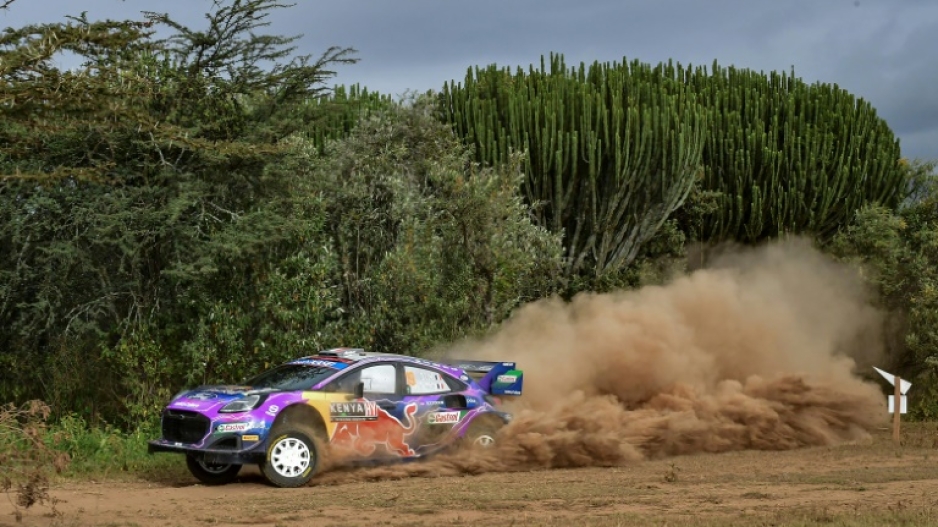 Loeb, the nine-time world champion, was making a return to the Safari after 20 years when his M-Sport Ford gave in with fire engine damage at the end of the Friday morning's fourth stage in Naivasha.

"I finished the stage without any problem. After the stop control, I drove a few metres and stopped for the helmet, and the engine dropped off immediately," said Loeb. "There was burning a little bit behind the engine."

Loeb was lying fifth and within a stretching distance on the road behind a dominant Toyota quartet led by Britain's Elfyn Evans.

"I am happy enough," said Evans, who hit a rock around the challenging Kedong region last year to end his Safari hopes. "It's just really difficult to pitch your speech on the tough and rough roads."

The Welshman led world champion Sebastian Ogier through the four stages, before Rovanpera, who was lying third on the road in another Toyota, took advantage of his team-mates's mishaps to grab the overnight lead.

"We did a good run today. The plan was be fast and safe," said Rovanpera, who won three successive rallies in Sweden, Croatia and Portugal before retiring in the Rally of Sardinia.

Defending champion Ogier fell back after leading, dropping into sixth position with tyre punctures forcing him to stop several times.