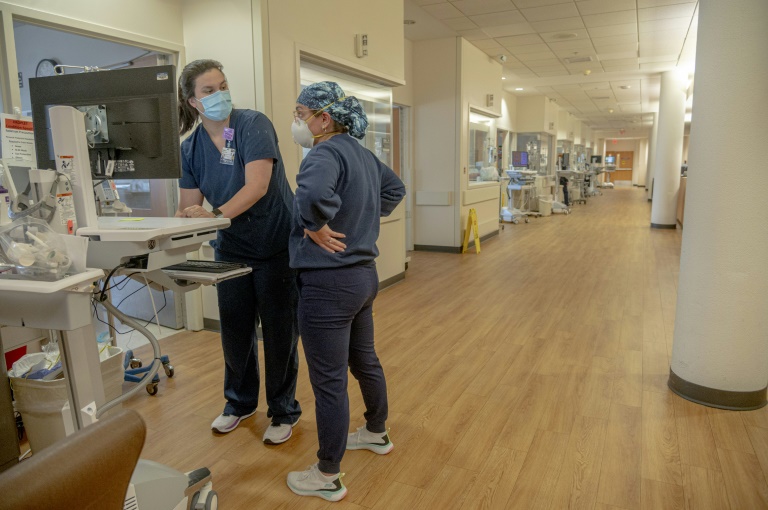 Nurses are seen at the intensive care unit at North Oaks hospital in Hammond, Louisiana, in August 2021

HAMMOND - Barely clinging to life, patients in an intensive care unit in Hammond, Louisiana, lie in their beds, gray and emaciated, their faces marked by the tight grip of respirators and the ravages of Covid-19.

As cases soar due to the more contagious Delta variant, medical units like the North Oaks Hospital are overwhelmed. Half of the Covid patients there are critical.

The southern United States is finding it especially hard to cope, having been quick to lift COVID restrictions this spring and with a politically conservative population that is resisting a national vaccination drive.

Louisiana has been hit the hardest by the new wave of the virus, with a daily average of 5,800 new cases, a 50 percent increase since the mid-January peak. 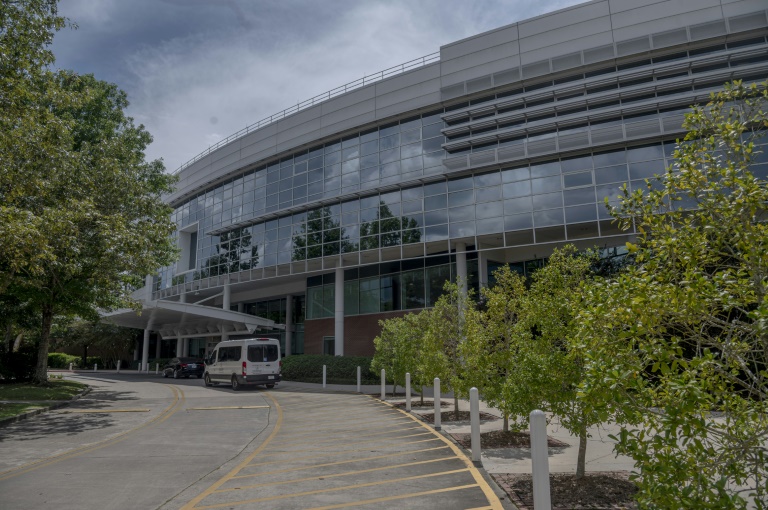 A view of North Oaks hospital in Hammond, Louisiana, in August 2021

"And unfortunately, with this surge, we are seeing more patients die."

In the intensive care unit, one of the 18 beds has just been vacated, but it is already being prepared for a new patient in need of a respirator.

All the ICU patients are under sedation, and most have been chemically paralyzed to keep their bodies at rest.

"We don't want their body to do any work," said critical care coordinator Charles Abrams, a softly spoken man with closely cropped hair and a small crucifix hanging from his neck.

"We want the ventilator to do everything for them."

The 53-year-old surveyed the nurses at the ICU, looking tense. 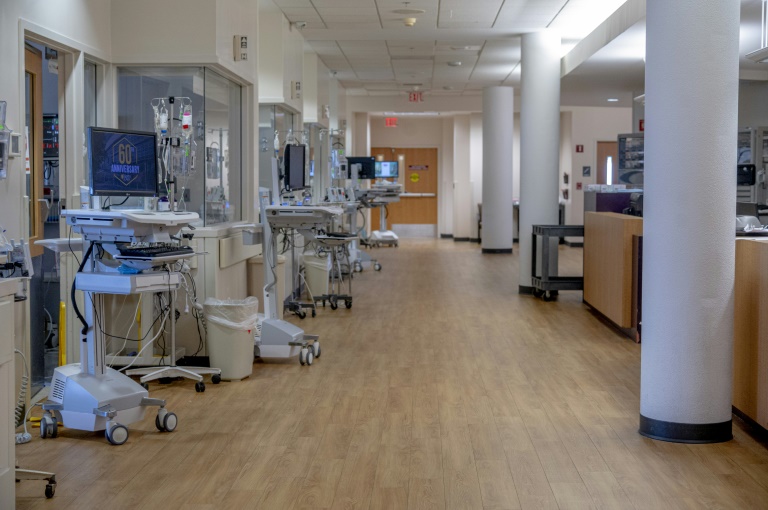 A view of the intensive care unit at the North Oaks hospital in Hammond, Louisiana in August 2021

"I worry about them," he said. As he spoke, his eyes filled and his face turned red behind his surgical mask.

After a pause Abrams composed himself, cleared his throat and continued: "But given the situation, I think they're holding up well."

Stefanie Gras, an ICU nurse, said that working with Covid patients has taken a toll on her family life.

"It's almost hard sometimes to be at home, around your family, because they really don't, they kind of don't know what we're dealing with," she says. "And it's kind of hard to tell them."

The nurses have been so traumatized by their work during the pandemic that the hospital has started offering psychological support.

Abrams said he noticed a change in the nurses' demeanor and facial expressions, although, he added, they may not realize the severity of their trauma.

As virus cases surged earlier this month, Louisiana reinstated an indoor mask requirement and has asked for federal help. About 150 nurses and doctors have been sent by the Department of Health and Human Services in Washington, 15 of them to North Oaks.

Despite a small recent uptick in demand, just 38 percent of Louisiana residents are fully vaccinated, compared with 51 percent nationwide. 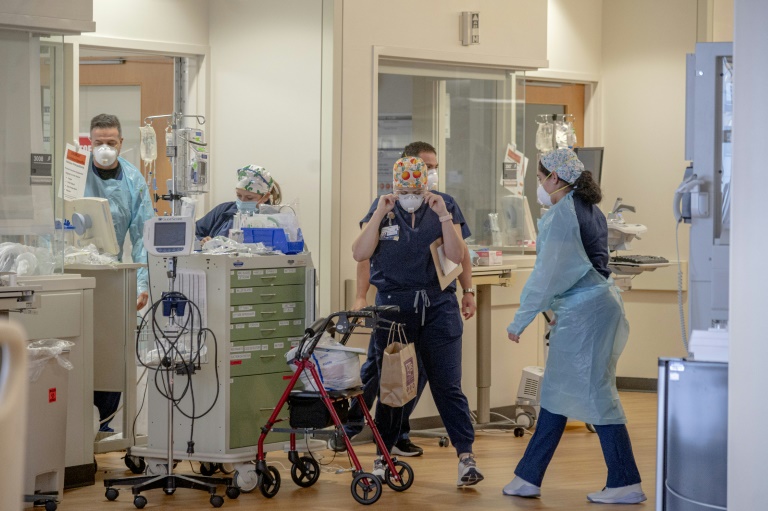 Medical personnel are seen at the North Oaks hospital in Hammond, Louisiana, in August 2021

Fowlkes says some regret their decision and try to talk family and friends into getting their shots, but an equal number are unfazed.

One very ill patient told doctors he had no regrets.

"If he had to do all over again, even if he knew he'd get infected... he would not get vaccinated," Fowlkes said.

In one ward, a 28-year-old woman stared listlessly through a glass wall, barely conscious. Outside her room, a bouquet of flowers lay on a gurney, a gift from loved ones.

Next to the flowers, a small balloon wished her: "Get well soon!"

Abrams, the critical care coordinator, sighed. "Hopefully (she) will be well but we just don't know."

Two weeks earlier, some 10 North Oaks patients died over the course of just three days, something that Abrams says has never happened during his 31-year career. "And I hope it will never happen again," he added.