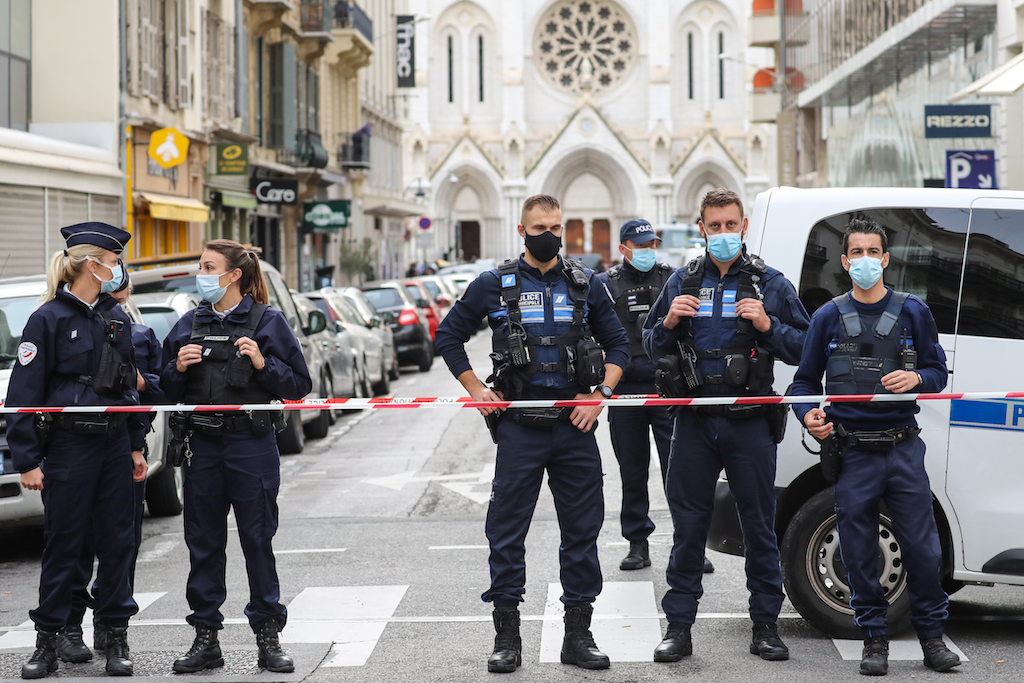 Police block the access to the Notre-Dame de l'Assomption Basilica in Nice after a knife-wielding man killed three people at the church. AFP/Valery Hache

NICE - President Emmanuel Macron vowed that "France will not give up on our values" after a knife-wielding man killed three people at a church in what he called an "Islamist terrorist attack".

Macron offered condolences to the country's Catholics after the killing, and urged people of all religions to unite and not "give in to the spirit of division".

A knife-wielding man killed three people, slitting the throat of at least one.

The assailant was shot and wounded by police, Nice's Mayor Christian Estrosi said.

"He kept repeating 'Allahu Akbar' (God is Greatest) even while under medication" as he was brought to hospital, Estrosi told journalists.

The body of a woman whose throat had been cut in an apparent beheading attempt was found inside the Basilica of Notre-Dame, in the heart of the Mediterranean resort city, a source close to the inquiry said.

The body of a man, a church employee of about 45 years old, was also found inside the church, while another woman succumbed to her injuries after seeking refuge in a nearby bar.

The killings, which occurred just ahead of the Catholic holy day of All Saints Day on Sunday, prompted the government to raise the terror alert level to maximum countrywide.

Macron, who quickly travelled to Nice, announced increased surveillance of churches by France's Sentinelle military patrols, which would be bolstered to 7,000 troops from 3,000.

"Quite clearly, it is France that is being attacked," he said. "If we are attacked, it is because of our values."