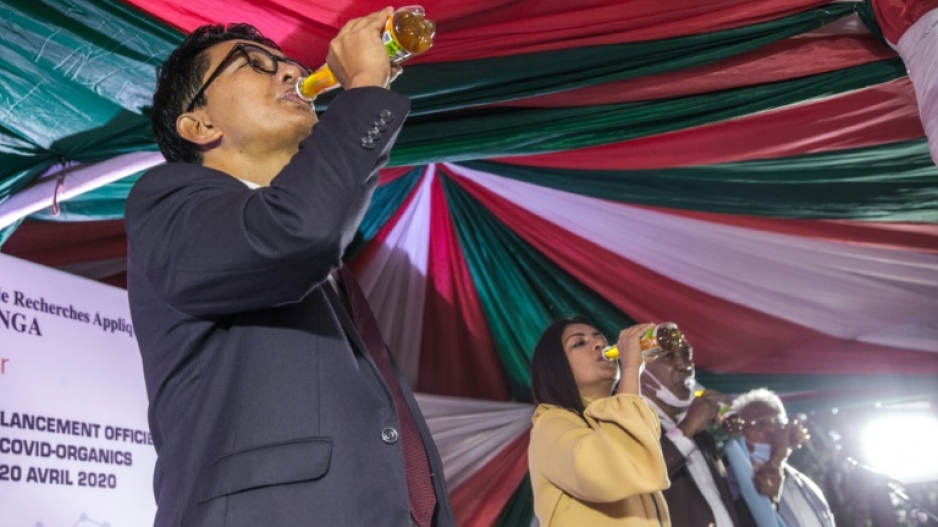 ANTANANARIVO - Madagascar's President Andry Rajoelina walked back on his hard-line stance against coronavirus vaccination Friday, accepting mass inoculation but standing by a herbal infusion he has touted as a "cure."

Rajoelina, 46, came under heavy criticism after saying at the weekend that he would not be vaccinated against COVID and was not in a hurry to roll out the jab to the public.

He has relentlessly promoted a locally-brewed infusion, based on the anti-malarial plant artemisia, to fight the virus.

But in a statement on Friday, his office said the government will "seek and use effective vaccines" against the virus.

READ: Madagascar virus potion scorned because it's from Africa: president

The decision was announced after a meeting between Rajoelina and the national medical academy.

"It has been decided that taking vaccines is a choice and should not be compulsory," said the presidency, without giving details of which jabs will be procured.

The government continued to boast the virtues of the herbal therapy named Covid-Organics or CVO, which is being sold in drink and capsule form.

"The use of the Malagasy product Covid-Organics... under the COVID-19 preventive and curative treatment is maintained and still in force," the statement said.

Experts have cautioned against the brew, saying it has not been scientifically tested to see whether it is safe or effective.

The Indian Ocean island nation has counted more than 23,000 cases of COVID-19 of which slightly over 360 have been fatal.

It is currently battling a second wave of infections, notably due to the presence of a highly transmissible variant first discovered in South Africa.